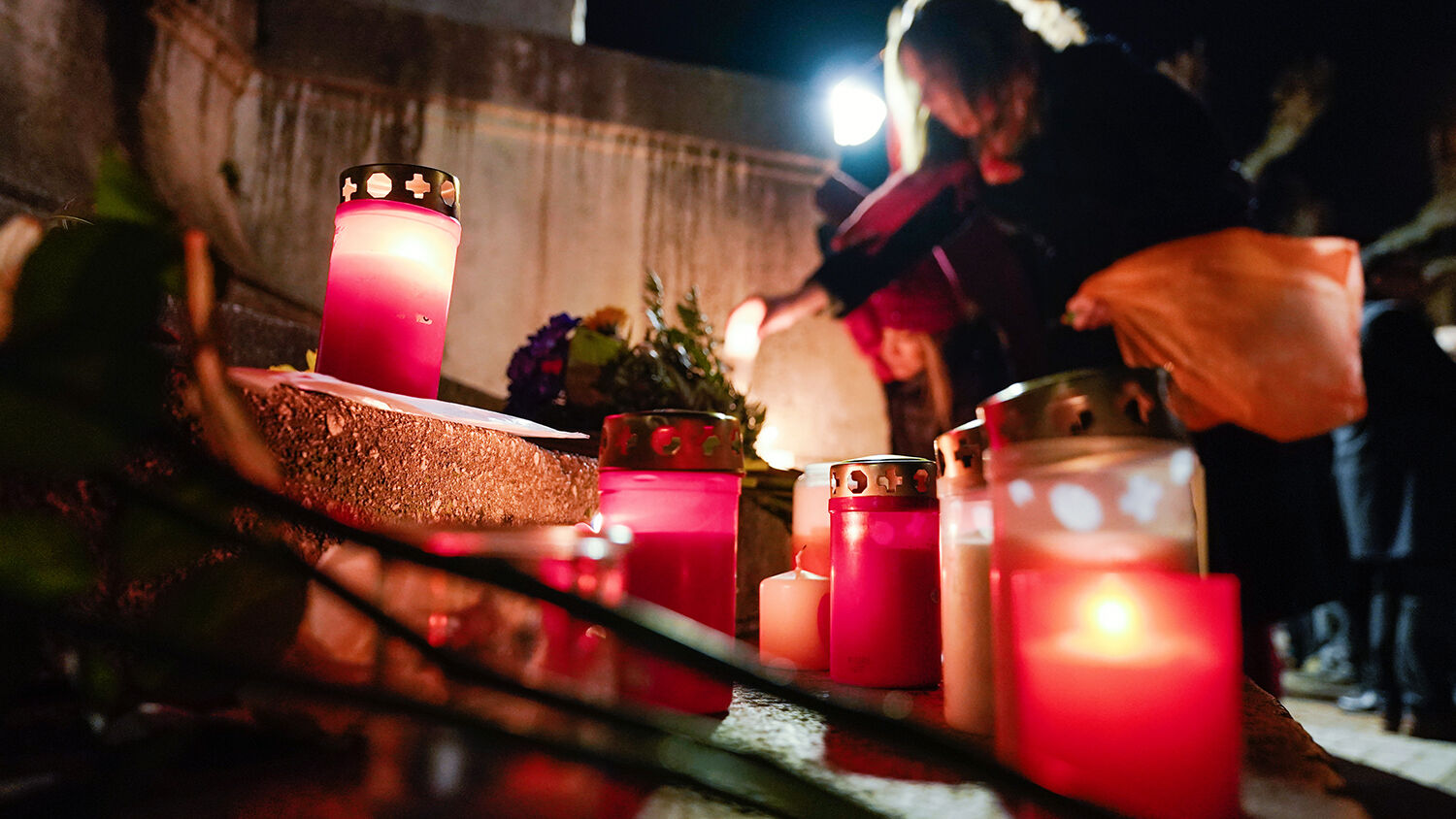 People light candles for the victims of the attack in Hanau on February 20 in Frankfurt, Germany.
Uwe Anspach/picture alliance via Getty Images

Last night, in Hanau, Germany, nine people were killed before the alleged assassin killed himself and his mother. Tobias R. broke out into a killing spree with the apparent motivation to cleanse Germany from foreign influences. Almost all his victims had foreign roots. Hatred toward foreigners in Germany has reached new levels. We need to understand the cause for this hatred and where it is leading.

Tobias R. published a confession on his homepage prior to the shooting and left a letter for investigators to find in his apartment. Investigations are now underway on suspected terrorism.

“The background to these terrible murders will be investigated down to the last detail,” German Chancellor Angela Merkel promised. “But there is a lot of evidence that suggests the perpetrator acted out of far-right extremist and racist motives, out of hatred for people with a different background, a different religion and different looks.”

“Racism is a poison. Hatred is a poison. And this poison exists in our society and it is to blame for far too many crimes.” German Chancellor Angela Merkel condemns deadly shooting in Hanau https://t.co/EjlzkHNifM pic.twitter.com/Tu4R2AHbG6

In his 24-page manifesto, Tobias R. called for the elimination of various ethnicities. “This would only be the rough cleansing. It would be followed by the fine cleansing,” he wrote according to the Financial Times.

Specific countries that need to be totally wiped out, according to Tobias R., include Morocco, Egypt, Turkey, Iran, India, Pakistan, Vietnam, the Philippines and Israel. In an additional video clip, he claimed that in underground military facilities in the United States children are mistreated and killed. He added that the devil is worshiped in the U.S. and he called on American citizens to wake up and “fight now” against these conditions.

The wiping out of an entire nation and the cleansing of others may cost the lives of multiple billions, he wrote, adding, “It has to be done.”

Tobias R. claimed he saw the crimes committed by foreigners in Germany firsthand. He said history shows that certain people failed to qualify to live. His ideological belief appeared to be a mixture of various conspiracy theories that circulate online. He also claimed that he has been monitored for years by an overarching power that was able to access his mind. He said this surveillance had a major impact on his social life. He reported his fears to the local police, but to no avail.

The killing spree raises the question again of whether Germany’s domestic intelligence service has been too lenient on right-wing extremism and neo-Nazi groups. Part of the problem that is becoming increasingly evident is that many in the security apparatus sympathize with right-wing extremist views.

Within the last year, German politician Walter Lübcke was shot dead for his migrant-friendly policy, a right-wing extremist attempted a shooting in a synagogue in Halle and killed passersby, and 12 right-wing extremists were arrested for founding and supporting a terrorist cell. The Military Counterintelligence Service (mad) also added 360 cases to its investigation on suspicion of right-wing extremism in the Army.

The attack in Hanau has some parallels with the attack in Halle. Both attackers killed people out of racist, xenophobic motives, and they apparently acted alone.

“As chairman of the Federal Immigration Council, I travel regularly through the republic,” Memet Kilic told Die Welt. “Many people from immigrant families feel that something could happen to them too. Of course we are grateful to live in a free democracy. But radical right-wing forces have become unpredictable. This immensely unsettles the migrant population in Germany.”

Another factor adds to the “unpredictability” of the perpetrators.

Tobias R., like other killers, claimed to have heard voices. According to an analysis by Europol, around 35 percent of the perpetrators of one-off attacks between 2000 and 2015 suffered from a mental disorder.

Few understand the connection between these mental disorders and killing sprees, but the Bible reveals the answer—though few are willing to accept it. John 8:44 states that Satan the devil is the father of all murderers and liars and that people follow his will. Revelation 12:9 and 12 reveal he has deceived the whole world and has been cast down to this Earth, causing even greater havoc.

This evil being influences mankind’s actions. The decisions we make on a daily basis determine how much control over our lives he will have. James 4:7 says, “Submit yourselves therefore to God. Resist the devil, and he will flee from you.”

“Satan hates everything God is about,” Trumpet editor in chief Gerald Flurry explained in “America Has Been ‘Fundamentally Transformed.’” “He harbors terrible hatred for Israel—spiritual Israel (God’s Church) and physical Israel (modern-day nations descended from ancient Israel, particularly America, Britain and the Jewish state in the Middle East; you can prove this with our free book The United States and Britain in Prophecy).”

It is, therefore, no surprise that Satan seeks to blot out Israel, as revealed in Psalm 83. He is also stirring up hatred between Europeans and Muslim immigrants, which will ultimately lead to a prophesied clash (Daniel 11:40). For more details about this eventual clash, read The King of the South, by Gerald Flurry (free upon request). The Bible prophesies conditions will become so bad that no man would be saved alive unless God intervened (Matthew 24:22).

The good news is that God will intervene and put an end to Satan’s wrath. Mankind will soon learn the source of all this pain and suffering. It will learn that Satan’s way of competition, strife and hatred has led to mankind’s suffering. All of humanity will then learn how to live peaceably with one another. This seems unfathomable considering the condition we live in today. But the Bible reveals that the world’s greatest suffering will be followed by unparalleled prosperity! God’s intervention in mankind’s affairs is our only hope!

You need to understand why mankind can’t live peaceably together today, why God allows suffering, and how He will intervene and finally bring about peace and prosperity. Request your free copy of The Wonderful World Tomorrow—What It Will Be Like, by Herbert W. Armstrong, to understand what is coming in the near future.