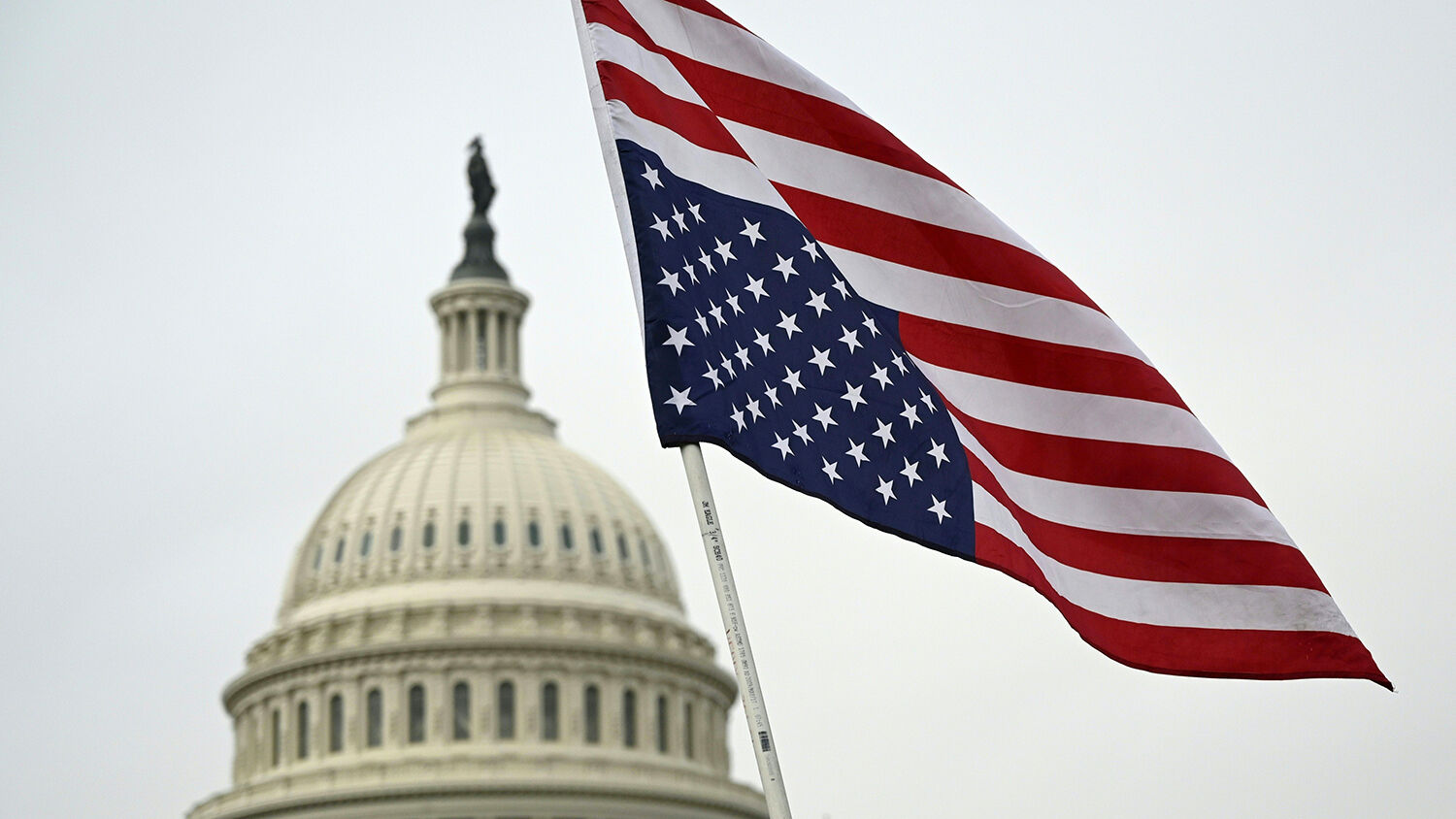 A person flies a U.S. flag upside down in Washington, D.C.
EVA HAMBACH/AFP via Getty Images

When people lose faith in government institutions, they start taking matters into their own hands.

For more than three years, Democrats have waged a “scorched-earth, no-holds-barred war of resistance” against United States President Donald Trump. First, it was the fabricated Clinton-Steele dossier that set off a 22-month Special Counsel investigation into unverified claims that Trump colluded with the Russians to rig the 2016 presidential election. Then it was the Senate Judiciary Committee into baseless accusations that President Trump’s Supreme Court nominee, Brett Kavanaugh, had sexually abused four women. And then it was the four-month impeachment investigation into hearsay that President Trump tried to bully the Ukrainian government into investigating the son of political rival Joe Biden.

In all of these cases, investigators were unable to find evidence of wrongdoing.

On February 5, the Senate acquitted President Trump of both articles of impeachment. On abuse of power, 47 Democratic-aligned senators and Utah Senator Mitt Romney voted that Mr. Trump was guilty, while the rest of the Senate found him innocent. On obstruction of Congress, all Democratic-aligned senators found Mr. Trump guilty, and all Republican senators found him innocent. Supreme Court Justice John Roberts announced the outcome: “Donald John Trump, president of the United States … is hereby acquitted.”

This acquittal ends the most recent legal assault against President Trump, but the damage inflicted on America will long remain. By divining intentions, calling on false witnesses, and relying on hearsay, Democrats have brought the standards for impeachment to a historic low and damaged people’s trust in federal law enforcement. This is shown by the fact that President Trump’s job approval ratings have risen 10 percent since impeachment proceedings began. According to Gallup, 49 percent of Americans approve of President Trump’s job performance, the highest percentage since he took office.

“The fbi’s malfeasance in the launch and handling of Crossfire Hurricane provides the starkest example of damage wrought without regard to the ramifications,” wrote senior contributor to the Federalist Margot Cleveland in “How Democrats’ Get-Trump Crusade Has Irreparably Damaged the Nation.” “Americans no longer trust the world’s premier law enforcement agency because of men like James Comey, Andrew McCabe and Peter Strzok, and women like Lisa Page. They no longer believe in equal justice under the law, or the integrity of sworn affidavits and judicially authorized surveillance.”

Impeachment proceedings have also shown U.S. adversaries how easy it is to sow division in America by feeding misinformation to political operatives. No one knows for sure whether Christopher Steele, the former British spy behind the dossier on President Trump’s ties to Russia, fabricated the salacious and unverified claims in his report, or whether Russian operatives fed them to him. But if Russia actually wanted to create political chaos in America, all it would have to do is write another such dossier. If America remains this divided, no president may be viewed as legitimate again.

America has been bitterly divided by lying politicians and corrupt bureaucrats that stop at nothing to sabotage the functioning of the executive branch. These people believe they are tearing down President Trump, but they are tearing down America’s constitutional system of government. In an environment where people lose faith in government institutions, they start taking matters into their own hands. Leftists join radical groups like Antifa and the Democratic Socialists of America, which want to replace, rewrite or ignore the Constitution. Those afraid of socialism buy guns, and in some cases join militias, in an attempt to defend themselves and their country.

Tensions are building, but protests and armed resistance are not real solutions. Government corruption and declining trust in its institutions are symptoms of a greater sickness in the nation. The Prophet Isaiah wrote about the spiritual sickness that besets a nation that turns away from God. “Ah sinful nation, a people laden with iniquity, a seed of evildoers, children that are corrupters: they have forsaken the Lord, they have provoked the Holy One of Israel unto anger, they are gone away backward. Why should ye be stricken any more? ye will revolt more and more: the whole head is sick, and the whole heart faint” (Isaiah 1:4-5).

More and more Americans are realizing that the government is sick and the nation is faint, but too few are willing to consider what the Bible says about the root cause of this condition. God does not put the primary blame on political leaders the way many commentators do. In the end, America’s problems are correction from God to help people see their sins and repent. All Americans must come to realize that only Jesus Christ can solve the serious problems in their government!

For a deeper understanding of the spiritual dimension to America’s decline, read “America Has Been ‘Fundamentally Transformed,’” by editor in chief Gerald Flurry.