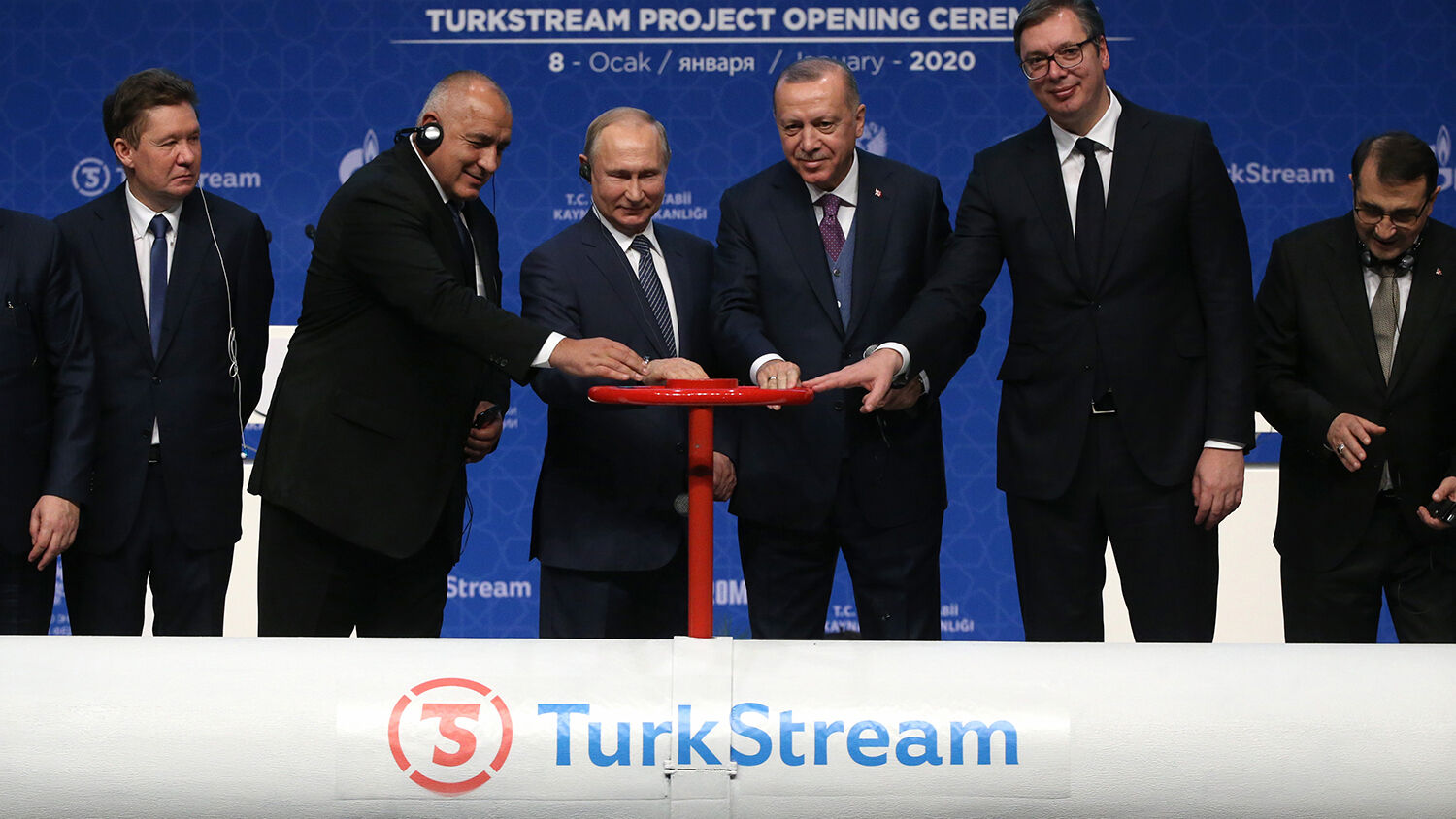 Will the Russo-Turkish friendship last?

Russia and Turkey began operation of the undersea TurkStream natural gas pipeline on January 8 after an official opening ceremony the previous day. Running from the Caucasus to Turkey, it allows for direct supply to Southern and Southeastern Europe, bypassing Ukraine.

Russian President Vladimir Putin announced on Jan. 16, 2019, that the pipeline would open in approximately one year. His prediction was correct. TurkStream’s opening comes as tensions over other gas pipelines threaten peace in the Mediterranean.

The TurkStream pipeline will carry 31.5 billion cubic meters of gas per year, according to its operator, Gazprom. It increases Moscow’s control over gas supplies, further allowing Russia to pick and choose who gets gas and, in certain situations, who doesn’t.

The Turkish president and his Russian counterpart inaugurate the TurkStream gas pipeline, which will carry Russian natural gas to Europe through Turkey pic.twitter.com/7nO7XDJX6X

The most ominous part of the new pipeline is that it will bypass Ukraine. This will allow Russia to shut off supplies to Ukraine or even Poland during a conflict. Meanwhile, the rest of the European Union would remain connected.

Turkey already benefits from the operational Blue Stream pipeline. TurkStream serves to cement the growing alliance as Turkey drifts from the United States.

Given the tensions with Ukraine and possible future Russian aggression, the new pipeline is a concerning Russian power grab.

For Europe, this is heavy reliance on an unpredictable country. Russia historically has fought numerous wars with both Europe and Turkey.

Turkey is currently taking major steps to increase its energy supply. It faces possible EU sanctions over gas drilling in Cypriot waters. So far, this has not materialized. The EU drew up the legal framework but stopped short of adding names to the list. This may be an attempt by Germany to preserve its close relations with Turkey.

TurkStream and the alliance it represents is a development you need to watch.

All of this has an anti-American strategy at heart. When Nord Stream 2 was announced, Trumpet editor in chief Gerald Flurry warned that it “binds Russia and Germany together in a way that undermines nato.” TurkStream is doing the same thing. Coming in the wake of Turkey’s decision to buy Russia’s S-300 land-to-air missile system, and its ejection from the F-35 program, a closer alliance with Russia is wrecking the stability Turkey once brought to the eastern side of nato.

By completing this pipeline, Russia is getting more power over Europe and driving a wedge between Germany and America. Germany has chosen to trust Russia. History proves that is a dangerous mistake.

Turkey and Germany are drawing closer to Russia, as was predicted long ago. The Bible forecasts an alliance between Germany and Turkey, described in Psalm 83 (read “A Mysterious Prophecy,” by Gerald Flurry).

Mr. Flurry has drawn attention to the Nord Stream 2 deals as a prime trend to watch. The relationship between Turkey and Russia is doomed to fall apart. Watch Russia and Germany’s pipeline deals. It is a dangerous alliance, leading eventually to all-out war. Mr. Flurry wrote:

History shows that in between wars, Germany and Russia often work together. Most infamously, just before World War ii, the two made a deal in which Adolf Hitler’s Germany basically said to Joseph Stalin’s Russia: Stay out of it, Russia, and we will take over Europe. Then the two of us can split up Poland and other countries between ourselves. …

That infamous agreement, called the Molotov-Ribbentrop pact, set the stage for the most devastating war mankind has ever suffered! …

The fact that Russia and Germany are charging ahead with Nord Stream 2 today despite objections from other European nations and the United States is even more reason to believe that these two may already have worked out a modern Molotov-Ribbentrop deal.

History shows that Germany and Russia are not actually partners. When they enter into peace deals and economic partnerships, it is a signal that either or both are preparing for some kind of imperialistic exploit.

Bible prophecy is the only source of proven, accurate forecasts for this turbulent and rapidly changing world. You need to watch Nord Stream 2. Germany will draw closer to Russia, just before it leads the world into another war.

Do you want real answers about how Russia, Turkey and a rising European power are about to change the world you live in? Read “Germany and Russia’s Secret War Against America,” by Gerald Flurry, for more on this crucial subject.