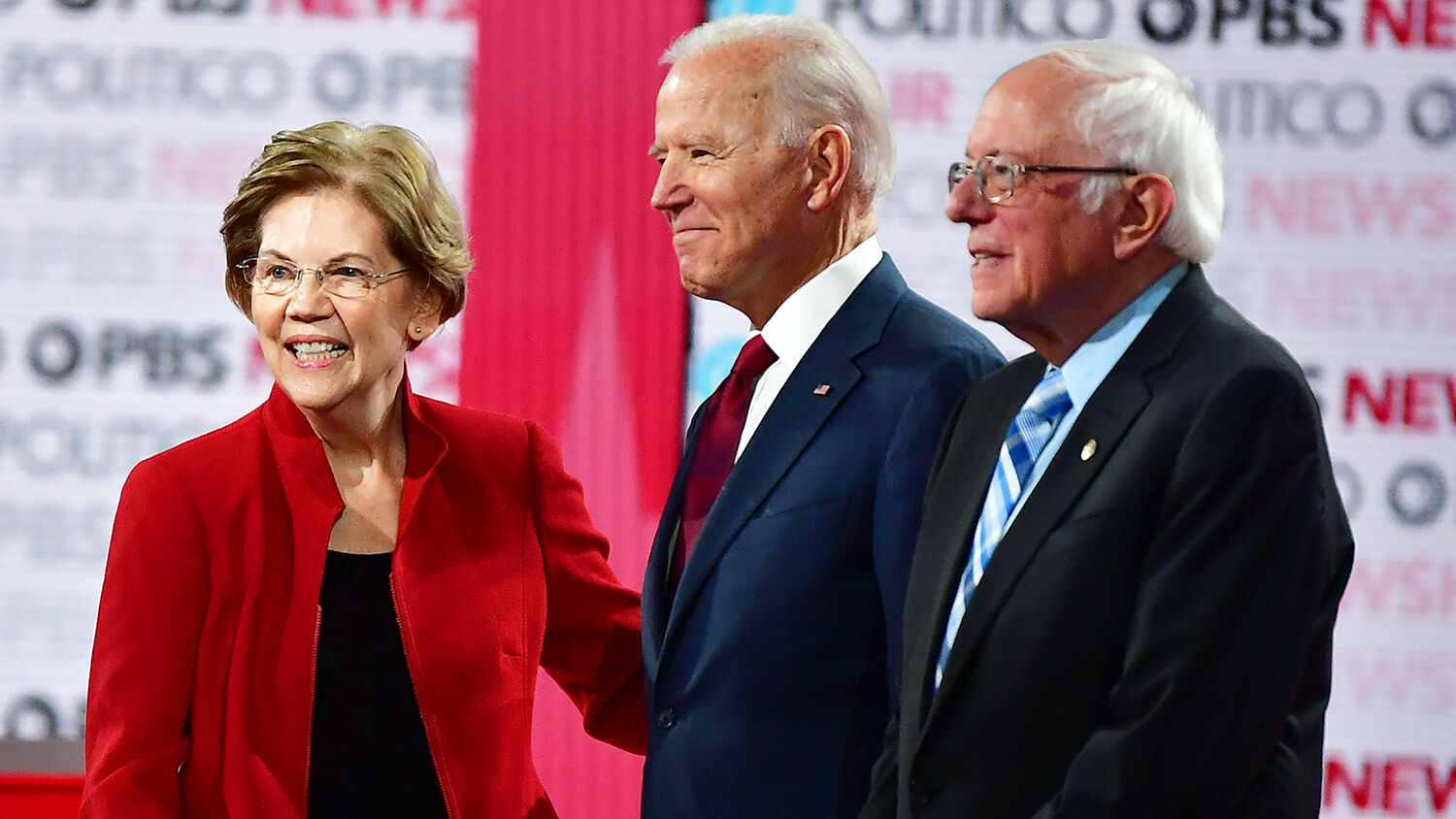 The Democrats are divided—this does not bode well for America.

Democratic presidential candidate Cory Booker dropped out of the nomination race on January 13. He became the latest high-profile exit from the congested Democrat field, following Beto O’Rourke, Sen. Kamala Harris and Julian Castro. It is the reaction to his and Harris’s exits, though, that has exposed a dangerous aspect of the left’s mentality.

The diversity of candidates in the race for the Democratic Party nomination had been the subject of much celebration, showing the success of the social justice movement across the spectrum of feminism, the lesbian-gay-bissexual-transgender-queer agenda and classism.

Central to this diversification has been the advent and growth of “intersectionality,” a term coined by black feminist Kimberlé Crenshaw to “categorize and formalize people according to their race, gender, age, wealth, class, religion, disability and sexual orientation.” The thesis asserts that these criteria can overlap to create unique and more severe forms of discrimination. Intersectionality can thus be viewed as different levels in a building: A white man would be on the ground floor, a white woman on the second, a black woman on the third, and an lgbtq black woman would be on the top floor as the most discriminated against.

According to Time, the principle at the core of intersectionality is exemplified by the idea that “all women do not share the same levels of discrimination just because they are all women.”

This alleged discrimination has been contended by the concurrent rise of the feminist movement, the lgbtq agenda, and increasing emphasis on racial diversity in an effort to bring everyone to the same level. The crowded Democratic primary nomination field was a clear indication of just how successful these various movements have been.

From the original 29 candidates, six were women, six were minorities, and one was homosexual. Among the remaining 13 are four women, two racial minorities and one homosexual, making this Democratic primary field the most diverse in history.

But now it seems that although the acknowledgment of intersectionality is credited with allowing such diversification in the primary field, the lack of racial diversity among the frontrunners is leaving more and more Democrats disgruntled.

Along with candidate Andrew Yang and Sen. Cory Booker, Castro and Harris were the eminent racial minority candidates. The fact that Yang is the only candidate left is causing members across the party to question what has led to this juncture. Although the answers vary in specifics, many start from one launching pad: systemic racism.

There’s a lot of reasons I didn’t choose to support Cory Booker, but the fact that Pete Buttigieg is still in the race, and Cory is out is just a symbol of so much wrong with the media and the Democratic political establishment. https://t.co/2ENctY9832

Intersectionality essentially argues that the more checkboxes one ticks, the more discriminated against one is. It does not, however, address whether one discrimination is worse than another. The Democratic Party’s reaction to the shrinking democratic primary field, however, seems to answer that question.

Former Barack Obama adviser David Axelrod called it “awkward” that the frontrunners of the “most diverse” party are all white. Howard Dean, former chair of the Democratic National Convention, asserted that certain party systems perpetuate racism and are an “embarrassment” to the party. Rep. Filemon Vela believes that the party’s structures “disadvantage minority candidates without question.” Former Democratic National Convention (dnc) official Leah Daughtry said institutional racism is “everywhere in this country, present in all of our institutions.”

Watching white people completely invalidate everything about America by telling Julian Castro and Kamala Harris supporters that their candidates dropping out had “nothing to do with race” is enraging.

The “checkboxes” of being a woman or being lgbtq are being put up against that of race, and it appears they are coming in second place. Rep. Barbara Lee said, “Systemic racism permeates everything in this country.” She further questioned whether white Democrats are doing enough to address “how the system is biased and prevents others from coming through.”

Cory Booker was using this very belief to generate political and actual capital, referencing Julian Castro’s exit as a campaign point for himself, telling donors that “it would be a shame if there aren’t any candidates of color” on the dnc debate stage for want of financial support.

.@CoryBooker, at 2-ish percent, fundraising off the departure of @JulianCastro, who was at 1 percent. pic.twitter.com/RSAUNeFBz2

The argument of systemic racism is strange considering the fact that the last United States president was black. He was elected by a majority white nation for two terms, winning both the electoral college and the popular votes by a significant margin. In addition, a Gallup poll shows that an average 95 percent of Americans today are willing to vote in a black, Hispanic or female candidate—more than at any time in U.S. history.

In fact, most black and Hispanic voters are supporting candidate Joe Biden or Senator Sanders—both white men. But Democrats have an answer for this as well.

According to Addisu Demissie, Booker’s campaign manager, Biden and Sanders have the votes because they are “electable.” She says systemic racism makes it a gamble to try to repeat an Obama-style minority victory. “You have to answer two questions when you’re running for president,” she wrote. “One is should you be president, and the other is could you be president. And if you are a white man you do not have to answer that second question.”

This is the new racism, much of it learned and taught at our nation’s colleges. George Orwell said, “Some ideas are so stupid that only intellectuals believe them.” The stupid ideas about inclusion and diversity originate with academics on college campuses. If their ideas didn’t infect the rest of society, they might be a source of entertainment. But these cancerous ideas have infected society. Statements such as “I’m over white men running the country,” or “If we have two old white guys at the top of this ticket, we will lose” are examples of that cancer.

Leading politicians and political figures are promoting the idea that racism is at the heart of the country, even their own party. They are only further cultivating the seeds of animosity that already exist in this country.

Trumpet editor in chief Gerald Flurry writes in Ezekiel: The End-Time Prophet, “There is deep racial division and hatred in America.” This division, Mr. Flurry continues, is brought about by “[p]ast wrongs and present inequalities,” which “create fertile ground for hurt, frustration and anger. Many prominent leaders, both black and white, are deliberately fueling those grievances for their own political gain. They are using race as a deadly weapon! The problems that will result are far more dangerous than they realize” (emphasis added).

Sensitivity surrounding the topic of race is higher than it has ever been. Politicians are using it to gain political capital. At what point will their speech go beyond assertions of systemic racism to instances of inflammatory language?

The U.S. is in a precarious position. Many Americans are aware of the division gripping the nation, and most believe it is headed toward another civil war. Bible prophecy says that the racial divide, which was central to the first Civil War, will be at the core of the division that will launch America into another.

God inspired the Prophet Isaiah to record what would happen to America in this end time: “Your country is desolate, your cities are burned with fire: your land, strangers devour it in your presence, and it is desolate, as overthrown by strangers” (Isaiah 1:7).

Mr. Flurry comments on this verse in America Under Attack (request your free copy here):

This is talking about massive race wars swallowing up our cities! Cities in Israel are going to burn. Ezekiel prophesied about one third of the people of America, Britain and Israel dying …. Can you even conceive of such violence? God warns that it is coming.

The false statements propagated by the Democratic Party are adding to the undercurrent of division that will spark the violence and implosion of the United States.

It will, however, be coming upon us for a purpose, a “precisely measured” purpose of preparing the people to know God. Once the people remember God, turn to Him, and look to Him for the solutions to the tensions and division, the true answers and true peace will finally come.

To fully understand what is coming upon America and how God will resolve it, request a free copy of Ezekiel: The End-Time Prophet, by Gerald Flurry.