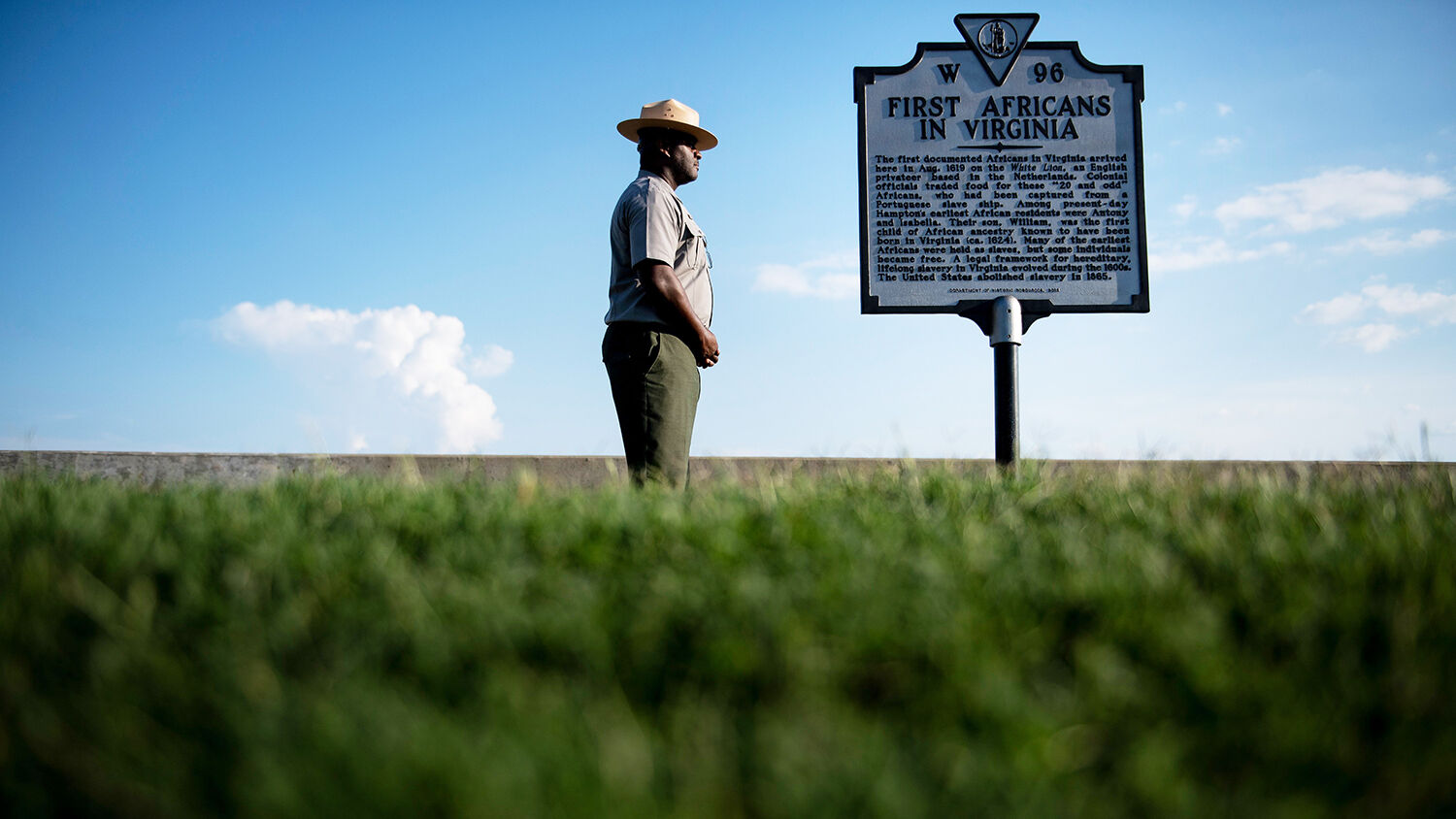 Ignoring history takes America further down the path of division.

The New York Times published a series of essays called the 1619 Project in August 2019. These essays claimed that the true foundation of the United States did not lie in the Declaration of Independence. Instead, the nation’s true origins come from 1619—the date the first slave arrived in America. All of America’s history was reinterpreted in light of slavery. It claimed that every facet of capitalist, democratic American society was built on slavery.

Historians weighed in on the factual veracity of the New York Times’ 1619 Project in a letter published in the December 29 issue of New York Times Magazine. The project now stands exposed as a factually incorrect attempt at rewriting American history, and it all revolves around the Times’ divisive new agenda: race.

Responding to the accusations, New York Times editor in chief Jake Silverstein said, “Historical understanding is not fixed; it is constantly being adjusted by new scholarship and new voices.” But the Times scholarship wasn’t merely new “understanding”—it was plain wrong.

The authors of the letter to the Times are all recognized, credible historians of high standing. They include James McPherson, Gordon Wood, James Oakes and Lincoln Richard Carwardine. All of them specialize in the history of the Revolutionary and Civil War periods. They demanded “prominent corrections of all the errors and distortions presented in the 1619 Project.”

The letter made clear that this was not a matter of varying interpretations. “These errors, which concern major events, cannot be described as interpretation or ‘framing,’” they wrote. “They are matters of verifiable fact, which are the foundation of both honest scholarship and honest journalism.”

The errors, combined with a response of denial rather than willingness to admit mistakes, “suggest a displacement of historical understanding by ideology. Dismissal of objections on racial grounds—that they are the objections of only ‘white historians’—has affirmed that displacement” (ibid).

The New York Times has displayed both a willingness to rewrite history and an underlying motivation of bias that will prove to be extremely divisive.

The points of history misrepresented in the 1619 Project are not petty. They are major violations of historical integrity. Consider a few examples.

“On the American Revolution, pivotal to any account of our history, the project asserts that the founders declared the colonies’ independence of Britain ‘in order to ensure slavery would continue,’” stated the letter. This is clearly a false assertion. No historical records support it.

Another false assertion was that Abraham Lincoln was a major supporter of slavery. This idea “ignores his conviction that the Declaration of Independence proclaimed universal equality, for blacks as well as whites, a view he upheld repeatedly against powerful white supremacists who opposed him,” stated the letter. It also brushes aside Lincoln’s agreement with Frederick Douglass that the Constitution was, in the words of Douglass, “a glorious liberty document.”

Interviews with historians, ironically published by the World Socialist Web Site, have shed light on the skewed facts of the 1619 Project.

Oxford historian Richard Carwardine called the lead essay of the project a “tendentious and partial reading of American history.” He described the Times’ usage of two brief quotes from Abraham Lincoln to paint him as a pro-slavery bigot as “thoroughly un-contexted, historically deaf, and blind to a broader reality.”

Historian Gordon Wood also weighed in. He addressed the central false premise of the piece, stating, “I don’t know of any colonist who said that they wanted independence in order to preserve their slaves. No colonist expressed alarm that the mother country was out to abolish slavery in 1776.”

One of the most concerning aspects of the 1619 Project is that it is intended to be used in the American educational system. Its historical fallacies and misleading ideas will permeate the minds of impressionable students.

Trumpet editor in chief Gerald Flurry wrote “The Law of History” in 2002. In it, he showed how the American educational system has devalued the study of history. He drew attention to Winston Churchill’s warning that flouting the lessons of history, or neglecting to understand them, can doom a nation to “decay and dissolution.”

Examples of this can be seen in Howard Zinn’s book A People’s History of the United States. This anti-American misreading of history teaches that the most important founding principle of the United States is racism. Its views have been taught in American schools since the 1980s.

Eighteen years after Mr. Flurry warned about the danger of forgetting history, the warning is truer than ever.

By portraying the history of the United States as fundamentally racist, the New York Times is stirring up hatred and anger. As noted in the letter, the main goal of the 1619 Project is not to promote historical accuracy and true justice, but to stir racial tensions to serve political ends.

Portraying America’s founding as racist inflames tensions that have already brought terrible suffering and division to many American cities in the form of race riots, such as in Ferguson, Missouri, in 2014 and Baltimore, Maryland, in 2015.

Using misleading and even totally fictitious ideas to say that the U.S. is founded on centuries of injustice against the black race only serves to deepen grudges and stir negative emotions. It promotes hatred instead of healing. It betrays the efforts of Abraham Lincoln and founders like John Adams and Thomas Jefferson to end slavery. It misrepresents the mostly positive influence that the U.S. has had on the world scene. Though no country is perfect, history shows that the U.S. has brought law and order to society, advanced technology to industry, and increased geopolitical stability throughout the world due to its military functioning as a deterrent rather than an aggressor.

There has been one prominent exception to the story of racial division in modern America: Charleston, South Carolina. After a white man committed a deadly shooting at an all-black church, the victims took an extraordinary position: They forgave the perpetrator.

In his September 2015 Trumpet article, “How to Solve America’s Race Problems,” Gerald Flurry pointed to this event as “one of the most amazing stories in American history.” He emphasized that Christ’s example of forgiveness is “the only spirit that’s ever going to solve our race relations” and stated that “the relatives of the victims of that church shooting showed the whole world the solution to our race-relations crisis ….”

The Bible foretells that division and hatred will rip apart American society before Jesus Christ’s return. But you can escape. As this time of suffering approaches, you can discover the way that brings true peace for every race. For more on this subject, read “How to Solve America’s Race Problems,” by Gerald Flurry.