Dissatisfied with liberal democracy, a continent yearns for strongmen. 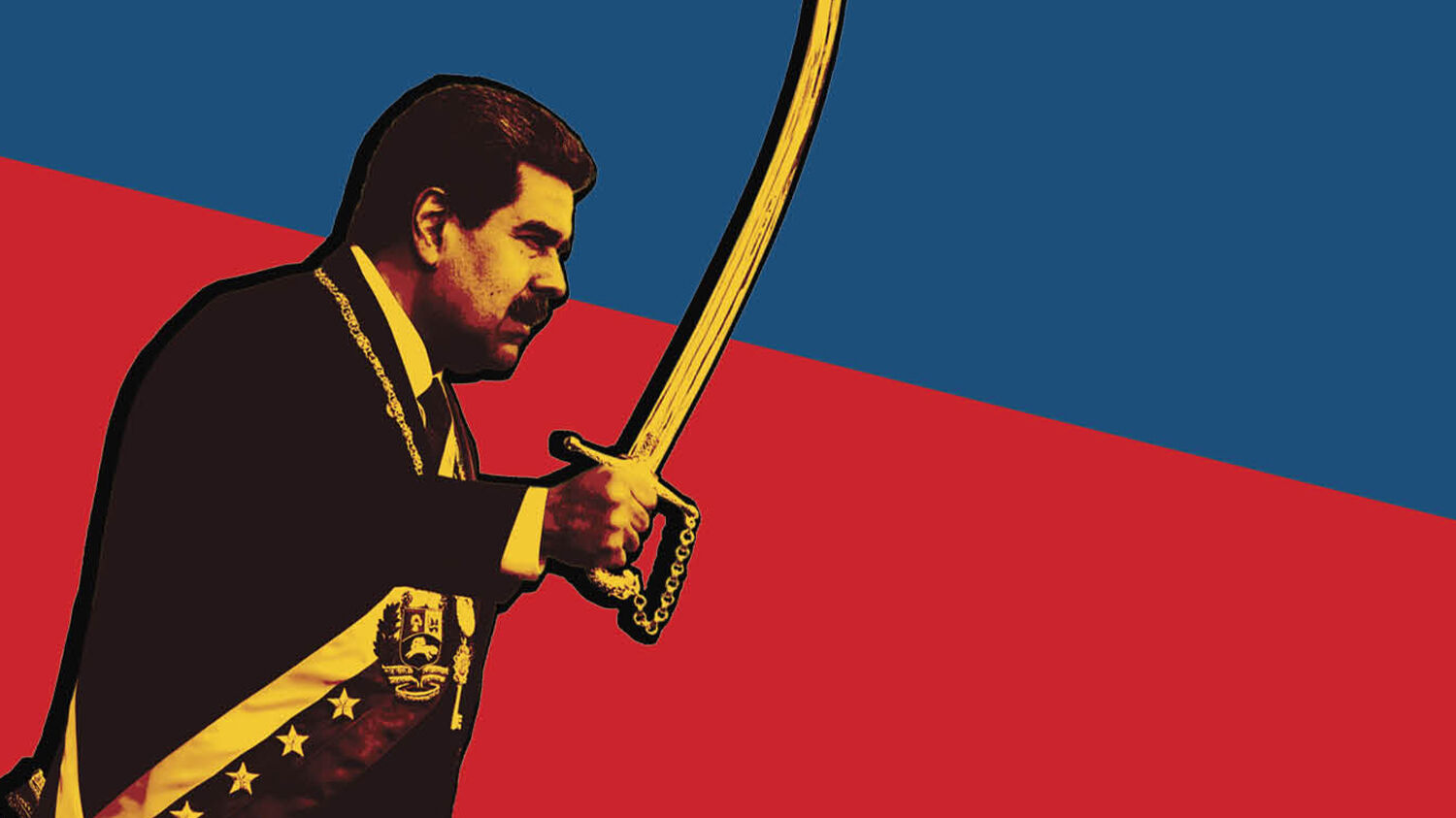 Dissatisfied with liberal democracy, a continent yearns for strongmen.

Imagine living where wealthy 1-percenters control the economy. You lack the education necessary for a good job, and you are too poor to further your education. Gangs rule poor neighborhoods like yours. One leader after another empathizes with your plight, promises change, holds rallies, wins an election that may or may not have been rigged, becomes immersed in corruption scandals, fails to improve your situation, and gives way to the next candidate promising change.

This is not an imaginary scenario for many people in Latin America and the Caribbean.

These regions have some of the highest levels of income inequality in the world. In Brazil, 1 percent of the population controls half the land. In some areas, people still pay property taxes to former Portuguese royals and nobles in addition to paying taxes to their local governments. More than 40 percent of Brazilian children live in poverty, and fewer than half the nation’s adults have a high school education. In August 2019, the government cut education spending, which provoked thousands to protest.

And this is one of the most stable nations in the region.

The Organization of American States has charged both Bolivia and Venezuela with election rigging. President Evo Morales enjoyed so little confidence that thousands of Bolivians marched through the capital protesting disputed election results, and the military forced him from office. President Nicolas Maduro has only clung to power in Venezuela by hiring Cuban agents to spy on his own military officers to keep them from turning on him.

The Organization for Economic Cooperation and Development reports that 3 out of 4 people in Latin America have little or no confidence in their national governments. It is easy to understand why. And it is easy to understand how they desire political strongmen to sort out this mess. The Bible reveals that the political shift now underway in Latin America will affect an entire continent, and the whole world.

The Spanish and Portuguese converted the peoples of Latin America to Catholicism. They implemented a caste system where the Spanish and Portuguese ruled over the American Indians and the Africans they brought as slaves. This system of colonial rule lasted three centuries until Spanish aristocrats in Latin America began working toward independence after French Emperor Napoleon Bonaparte invaded Spain.

By 1830, Argentina, Bolivia, Colombia, Chile, Ecuador, Guatemala, Mexico, Paraguay, Peru, Uruguay and Venezuela had become republics dominated by Spanish aristocrats. Meanwhile, King Dom Pedro iv of Portugal fled across the Atlantic, joined the Brazilian secessionist movement and became Emperor Pedro i of Brazil. Even after Latin American nations gained independence from Europe, the aristocrats were still the wealthiest people in the region. They owned vast plantations that employed or subjugated the lower castes.

In 1888, Brazil became the last country in the Western world to abolish slavery. Brazilian Emperor Pedro ii was deposed in a military coup d’état a year later, and the nation became the Republic of the United States of Brazil.

As the 20th century dawned, Brazil and other Latin American nations were now constitutional republics where citizens voted for their representatives. Yet their ethnic and class divisions remained, weakening their national unity. The power vacuum left by the Holy Roman Empire led to ethnic and class uprisings and rebellions. This in turn led to the caudillos, military dictators such as Juan Perón of Argentina, Fulgencio Batista of Cuba, Jorge Rafael Videla of Argentina, Humberto Castello of Brazil, Juan Velasco of Peru, and Augusto Pinochet of Chile.

By 1977, only two of the 19 nations that were former Spanish and Portuguese colonies could be classified as democracies (Costa Rica and Venezuela). Colombia was in the midst of a democratic transition, while the other 16 nations were ruled by dictatorships. Between 1968 and 1989, military juntas in Argentina, Bolivia, Brazil, Chile, Paraguay and Uruguay killed roughly 50,000 people and imprisoned 400,000 others. Yet many of these dictatorships halted the spread of communism and used military-style law enforcement during a chaotic time.

It has only been since 1977 that most Latin American nations have become democracies. Yet many are already tired of them. Citizens enjoy a reduced threat of being arrested and imprisoned without trial, and the gap between rich and poor has narrowed over the past 20 years (unless you are Cuban or Venezuelan). But crime is spiraling out of control. Homicide rates in the Americas have nearly doubled in the last two decades, mainly because of rising crime in Brazil, Colombia, El Salvador, Guatemala, Honduras, Mexico and Venezuela.

Only 8 percent of the world’s people live in Latin America, but the region accounts for 33 percent of the world’s murder victims: 400 every day. Much of this carnage is perpetrated by drug cartels. In many places, these cartels have corrupted democracy by bribing government officials, threatening politicians, and even running their own candidates.

Faith in democratic institutions is weak. According to the polling service Latinobarómetro, only 48 percent of Latin Americans polled favor democracy over authoritarianism, while 28 percent said democracy is not necessarily preferable to authoritarianism. That is the highest percentage skeptical of democracy since the service began tracking the trend in 1995. The skepticism is highest where cartel violence is worst.

One of Brazilian President Jair Bolsonaro’s sons suggested that in order to control street protests, his father’s government might have to adopt dictatorship-era tactics, such as suspending some of the rights of opposition lawmakers and suspending parts of the Constitution. Brazil’s Getulio Vargas Foundation published research indicating that 55 percent of Brazilians would not mind a non-democratic form of government, as long as it solved society’s problems. The same foundation found that only 6 percent of Brazilians trust the federal government, but 53 percent trust the Catholic Church, and 56 percent trust the military.

Roughly 11 percent of Brazilians would like to see the monarchy restored. Prince Luiz of Orléans-Braganza, a royal descendant of both Holy Roman Emperor Francis ii and Brazilian Emperor Pedro ii, advises Bolsonaro on foreign policy. Luiz’s uncle, Prince Bertrand of Orléans-Braganza, actually claims that Bolsonaro’s election is the first step toward restoring the Brazilian monarchy and moving the country back to Roman Catholic values.

Such a move would bring Latin Americans full circle back to the form of government their ancestors rebelled against two centuries ago. To many, the option seems preferable to ongoing anarchy and crime in a “free” society. Whether people are yearning for a Catholic monarch, a socialist dictator or a military junta, they agree the current system is not working. They want protection from violent drug lords and corrupt politicians. But how do you find such protection without turning to an authoritarian government run by violent, corrupt people?

The Prophet Jeremiah pondered similar questions, and prayed: “O Lord, I know that the way of man is not in himself: it is not in man that walketh to direct his steps” (Jeremiah 10:23).

Humanity has cried and bled its way through 6,000 years of failed governments, and is learning the lesson that effective government requires a level of perfect, righteous character that human beings do not naturally possess. 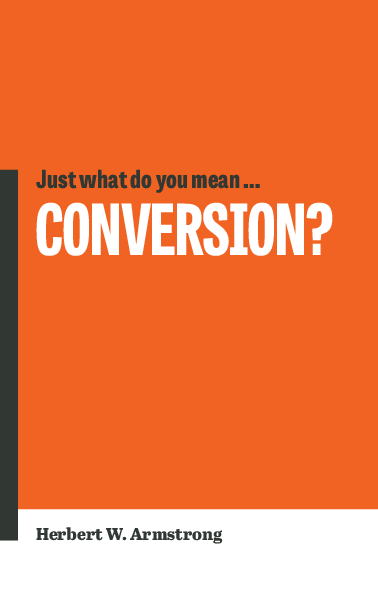 Just What Do You Mean … Conversion?
From The February 2020 Philadelphia Trumpet
View Issue FREE Subscription
Next
Previous