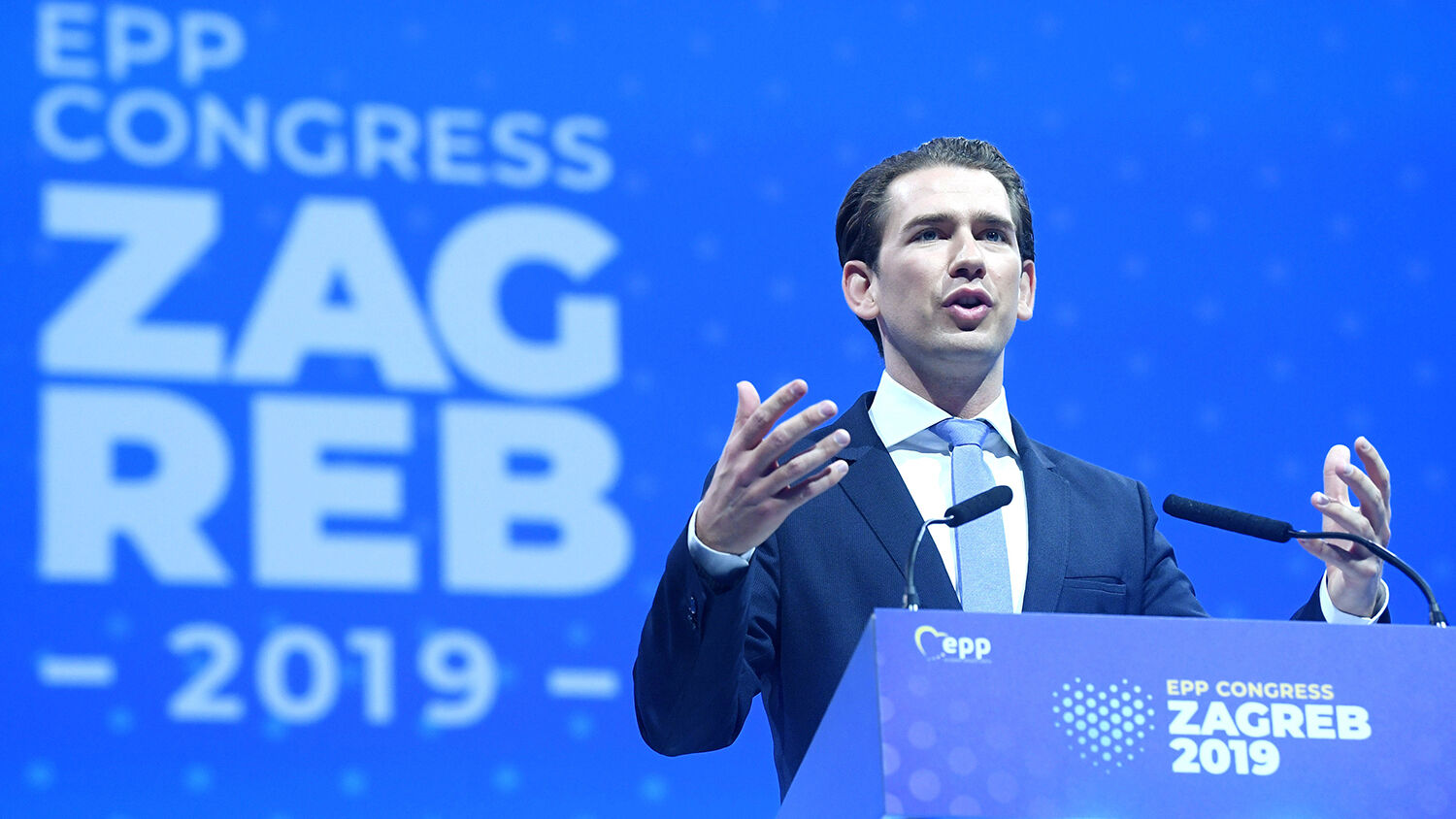 A renewed Catholic Europe is about to change the course of this world.

Former Austrian Chancellor Sebastian Kurz has what other European leaders currently lack: popularity. Strengthened from Austria’s last federal elections, Kurz wants to share his recipe for success with the rest of Europe. One of his primary goals is to protect Europe’s heritage.

On November 20, Kurz met in Zagreb with German Chancellor Angela Merkel, President of the European Council Donald Tusk, and European Union Commissioner Ursula von der Leyen along with other heads of government and opposition leaders.

One of his primary demands for the EU is that Europe needs to protect its “Christian-Jewish identity,” Austria’s Kurier.at noted (Trumpet translation throughout). He believes this to be the people’s wish and is strengthened by his rising popularity in Austria.

In a conversation with von der Leyen, Kurz listed Austria’s wishes for her term as commission president. Kurz believes that the EU needs to “finally” manage to protect the Continent’s external borders, “so we can control who is allowed to come to Europe and who is not,” Kurier.at quoted Kurz. Kurz especially emphasized the EU Commission’s obligation to “protect Europe’s Judeo-Christian identity and the Enlightenment.” Likely referring to previous mistakes in the refugee crisis, Kurz warned that one should “not accept more people than one can integrate.”

Europeans today often refer to a Judeo-Christian identity. But as many in the past have pointed out, this term can be quite confusing and is not based on reality. Europe has a history of persecuting Jews. By using such phrasing, politicians are usually attempting to distance themselves from what Adolf Hitler did and what neo-Nazis are doing today when they call on protecting Europe’s identity.

As Trumpet editor in chief Gerald Flurry explains in “The Holy Roman Empire Goes Public—Big Time!” Kurz’s primary goal is to protect Europe’s Catholic heritage. He believes that Europe’s Holy Roman Empire heritage is in danger. Europe’s culture, religion, and its whole way of life needs to be protected from migration and other threats.

“In the EU, there has been a dispute over the new name of the Migration Department,” Kuier.at further explained. “Social Democrats, Greens and Liberals have rejected the term ‘Commissioner for the Protection of the European Way of Life,’ calling it ‘populist.’ Instead, it is now called the department for ‘promoting’ the European way of life. Kurz, in the dispute, is ‘definitely for protection,’ as he says. Von der Leyen has, however, already given in.”

“[Kurz] is a staunch Catholic and outspoken about the fact that his religion guides his politics,” Mr. Flurry explained. Even when it comes to protecting the environment, Kurz uses language that reveals his religious affiliation. In his conversation with von der Leyen, he said that Europe has a responsibility to preserve the “creation.”

Whether it comes to migration or environmental pollution, Kurz has a clear message: Europe needs to return to its Christian roots.

In his endeavor to revive and protect Europe’s Christian heritage, Kurz is not alone. Hungarian Prime Minister Viktor Orbán has also repeatedly called on Europeans to defend “Christian” Europe. In the lead up to the European elections, he warned: “Historic traditions in immigrant countries come to an end … in such countries Christian-Muslim worlds are created with continually shrinking Christian proportions.”

Kurz and Orbán currently stand out as the strongest example of European leaders to make such statements. But this could soon change.

Since the refugee crisis, former mainstream politicians declined in popularity and populists rose. Due to the fact that Europe is largely Catholic, it has caused some leaders to use religion to expand their sphere of influence.

Currently Italy’s most popular politician and leader of the far-right League party, Matteo Salvini, is rallying Italy’s Catholics behind him by opposing the EU’s migrant policy. If his popularity continues, it is likely he will soon be Italy’s next strongman.

Though lesser known, French President Emmanuel Macron is also a devoted Catholic. At age 12, he requested a Catholic baptism and later attended a Jesuit school.

In our latest Trumpet cover story Gerald Flurry explained that Bible prophecy indicates that we expect yet another strong Catholic leader to soon rise in Germany: Karl-Theodor zu Guttenberg. Revelation 17 reveals that there will be a total of 10 strongmen or “kings” that enter an alliance with the Catholic Church to rise to power: “And the ten horns which thou sawest are ten kings, which have received no kingdom as yet; but receive power as kings one hour with the beast” (verse 12).

In “The Holy Roman Empire Goes Public—Big Time!” Mr. Flurry explained why Europeans are turning to these leaders. He wrote:

Kurz’s vision to defend Christian Europe may seem outdated to most people today. But the Bible reveals that his vision will soon be reality. To understand Europe’s imminent future and Sebastian Kurz’s role in it, read “The Holy Roman Empire Goes Public—Big Time!” and request a free copy of Germany and the Holy Roman Empire, by Gerald Flurry.