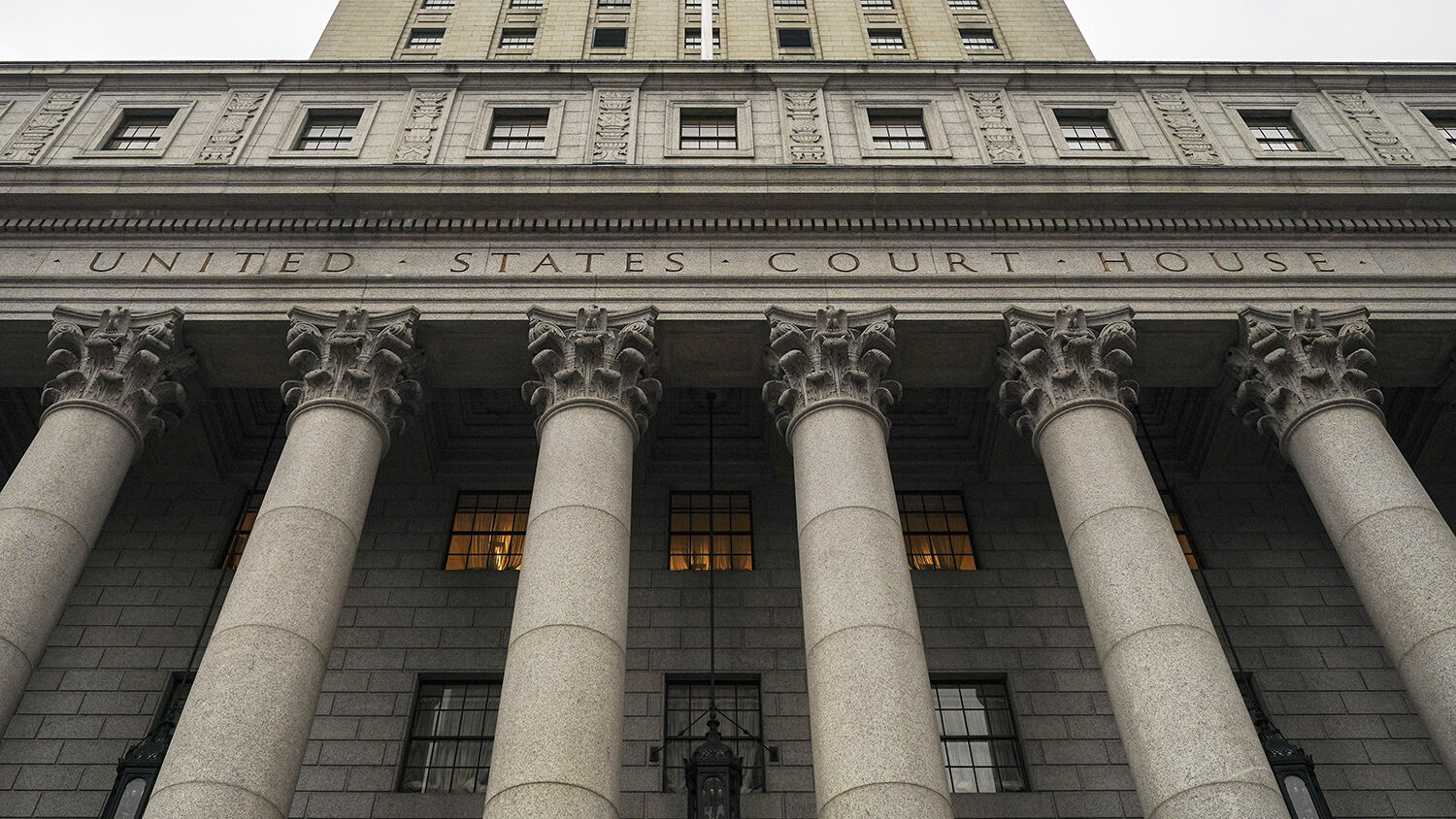 The Thurgood Marshall United States Courthouse hears cases from the U.S. District Court for the Southern District of New York and U.S. Court of Appeals for the Second Circuit.
Drew Angerer/Getty Images

The overhaul of the judicial branch of the government continues.

The United States Senate confirmed yet another of President Donald Trump’s judicial nominees on November 19. The confirmation of Judge Robert Luck to the 11th Circuit Court of Appeals, by a 64-to-31 vote, gives Republican appointees an 11-to-9 majority over Democrat appointees in the court. Before President Trump took over, the court had a Democratic majority.

President Trump has even managed to make a significant dent in the political alignment of the historically Democrat-leaning Ninth Circuit Court of Appeals. When he took office in 2017, 18 of the 29 full-time judges were Democrat appointees, with only seven Republican-appointed judges and four open judgeships. Mr. Trump has appointed six judges, bringing the number of Republican-appointed judges to 13 and giving the court closer ideological parity than it has had for almost two decades. With the retirement of Democratic-appointed Judge Alex Kozinski in 2017 and the death of Judge Stephen Reinhardt in 2018, two more vacancies were available for President Trump to fill.

President Trump has called this particular court “a big thorn in our side.” Indeed, the Ninth Circuit Court has ruled against President Trump 29 times, more than any other federal court. It was responsible for blocking President Trump’s proposed travel ban, only to have the Supreme Court rule in the president’s favor.

Justice Roberts can say what he wants, but the 9th Circuit is a complete & total disaster. It is out of control, has a horrible reputation, is overturned more than any Circuit in the Country, 79%, & is used to get an almost guaranteed result. Judges must not Legislate Security…

….and Safety at the Border, or anywhere else. They know nothing about it and are making our Country unsafe. Our great Law Enforcement professionals MUST BE ALLOWED TO DO THEIR JOB! If not there will be only bedlam, chaos, injury and death. We want the Constitution as written!

Federal judges have ruled against the Trump administration 63 times, hindering him on immigration, gun control and the environment. They have meted out judicial activism and, in doing so, chipped away at the rule of law. The Democratic Party has increasingly resorted to using judicial overreach to advance its agenda, shredding the U.S. Constitution.

However, President Trump is battling against the radical leftism of the judicial branch that is destroying the country. Since his election, he has appointed over 150 federal judges, including 46 appellate court judges and two Supreme Court justices. Most of these judges, who hold lifetime offices, are between 40 and 50 years old.

As Trumpet editor in chief Gerald Flurry has shown, President Trump fulfills the role of a leader in this end time who will lead a resurgence of the United States, one that will temporarily save America from the radical left (for more on this resurgence, read “Saving America From the Radical Left—Temporarily”). In that article, Mr. Flurry wrote:

When you compare what this president is doing to what his predecessor did, there has been a clear change in direction, one that will slow the speed at which America is being pulled apart. He is not trashing the Constitution as the previous president did. He has passed tax cuts that will help many American families. He has rolled back the universal health-care mandate and removed regulations that were hurting American businesses. The stock market has broken new records.

Trump is taking a stand against “anti-American forces” that attack the Constitution and undermine the rule of law. This prophesied temporary resurgence started with an upturn in the economy, shrinking of the unemployment rate, and then continued on to the Supreme Court appointments. Now, it is clearly being shown in how President Trump has been the architect of a judicial overhaul.

The increasing conservative advantage in these courts is the fulfillment of Bible prophecy. In the October 9 Trumpet Daily Radio Show, guest host Andrew Locher said, “It is interesting to me how God is, in a way, slowing the destruction of the end-time nations of Israel by appointing more conservative judges to the court system. It is another tool that [Mr. Trump] has been using to save Israel temporarily.”

As the Bible indicates, however, this resurgence is temporary. To learn more about the prophetic role being fulfilled by President Trump and the accompanying temporary resurgence, read Great Again, by Gerald Flurry.