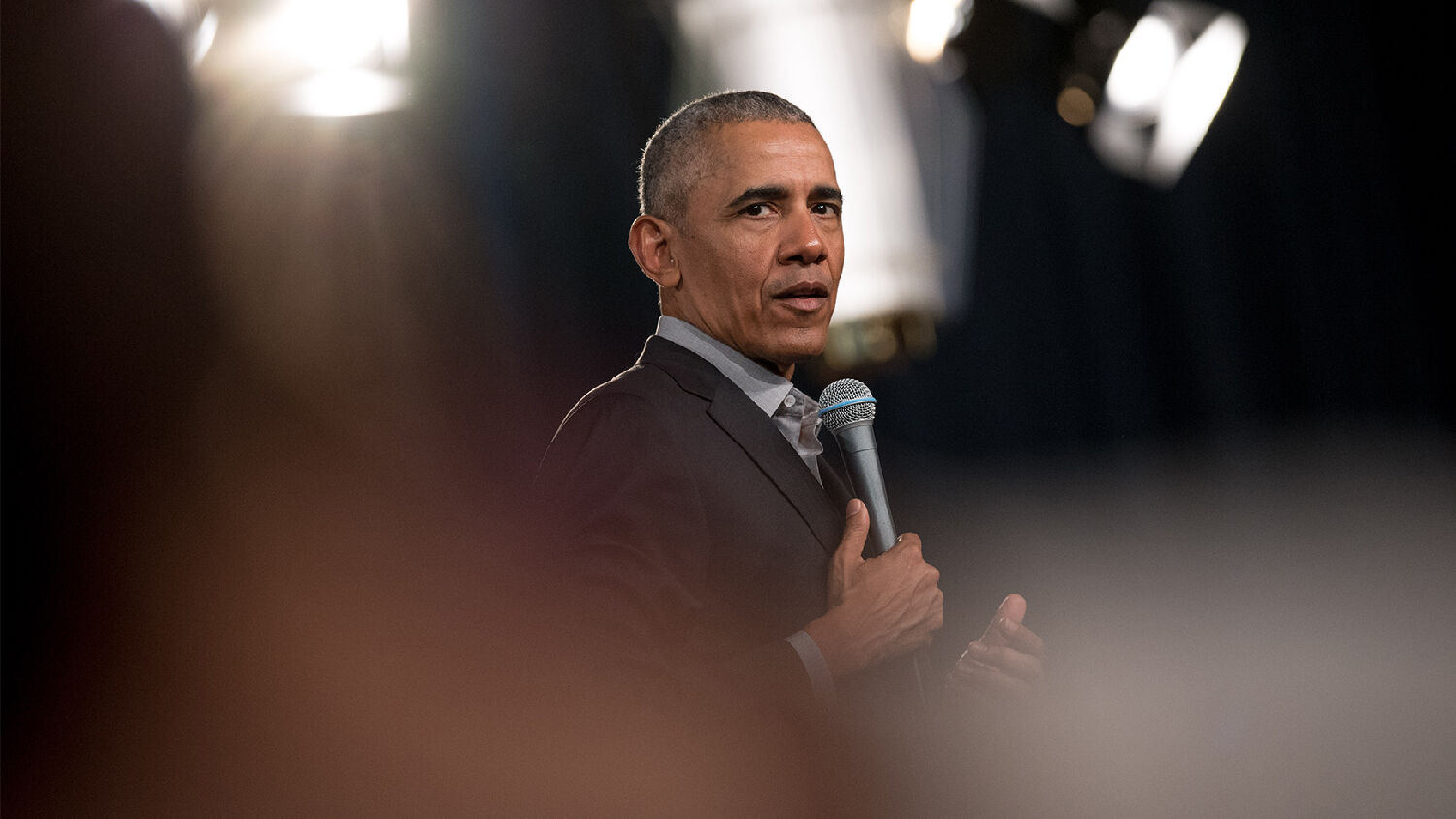 The Democratic Party is moving left much faster than the average American citizen.

“This is still a country that is less revolutionary than it is interested in improvement,” Obama said. “Even as we push the envelope and we are bold in our vision, we also have to be rooted in reality. The average American doesn’t think we have to completely tear down the system and remake it.”

Obama noted that his criticisms were not aimed at activists, whose job is to “poke and prod and text and inspire and motivate.” But he emphasized that whoever wins the Democratic primary needs to be electable, and that may not be the case if they push too hard for radical change on health care and immigration.

In order for Democrats to “push past” his achievements as president, Obama advised them to embrace a message that will keep them competitive across the country. “I don’t think we should be deluded into thinking that the resistance to certain approaches to things is simply because voters haven’t heard a bold enough proposal, and if they hear something as bold as possible then immediately that’s going to activate them. People are rightly cautious because they don’t have a lot of margin for error,” he said.

This advice reveals the stark difference between Obama and those who wish to succeed him as the next Democrat to become president of the United States. While Obama obtained office by covering up his Marxist past, the Democrats currently running for office proudly embrace their far-left views.

When Obama ran for office in 2008, he told the nation, “I believe marriage is between a man and a woman. I am not in favor of gay marriage.” His campaign manager later admitted that Obama was in favor of same-sex “marriage” during his first presidential campaign but accepted advice to conceal his position due to strong opposition to homosexuality coming from black churches.

Obama also did his best to distance himself from his socialist past while on the campaign trail. Yet according to Dr. John C. Drew, a political scientist who knew Obama when he was a student at Occidental College, the former president was a self-avowed Marxist in his youth. In a radio interview with Dr. Paul Kengor on the Glen Meakem Program, Drew explained that his girlfriend at the time, Caroline Boss, introduced the 19-year-old Barack Obama to him as a fellow Communist in 1980. By this time, Drew had abandoned the violent, revolutionary style of Marxist-Leninism in favor of a more gradualist approach. So he noted his surprise that young Obama was predicting a people’s revolution.

Because Obama was so adept at pretending he is someone he really is not, Trumpet editor in chief Gerald Flurry identified him as a type of the ancient Seleucid Emperor Antiochus Epiphanes in his booklet America Under Attack. Antiochus obtained rule through deceitful lies before he betrayed the people of the ancient nation of Judah, slaughtering them and desecrating the temple in Jerusalem with an idol bearing his likeness.

Obama obtained power through deceit, before becoming the most biblically hostile president in U.S. history. The activist judges and “deep state” bureaucrats that Obama’s administration appointed are still attacking the nation’s Judeo-Christian moral codes and constitutional form of government.

In fact, the radical left has become so emboldened by almost a decade of victories under the Obama administration that many of today’s Democrats are no longer willing to accept Obama’s deceptive strategy!

An article in the Boston Globe accused Obama of ignoring “people of color, immigrants [and] the lgbtq community” and warned, “What will doom Democrats is political timidity.”

Pete Buttigieg is the first U.S. presidential candidate in a same-sex “marriage.” And Sen. Bernie Sanders proudly proclaims the fact that he is a socialist calling for political revolution.

Barack Obama is advising Democrats against leaning too far left on the campaign trail, not because he is against trying “to completely tear down the system and remake it.” He is advising this because he fears Democrats will lose the 2020 presidential elections if they try to push the nation left too fast.

The votes of millions of Americans during the 2016 presidential election were a protest against the Obama administration, against socialized medicine, against open borders, against governmental regulation, and against kowtowing to foreign nations. If the radical left ignores these voters and tries to force their agenda on the nation, they may end up causing the people’s revolution that 19-year-old Obama predicted.

You cannot understand what is really happening in America until you realize the spiritual dimension behind America’s downfall. “An invisible evil power is destroying this nation with great speed and fury!” Mr. Flurry wrote in the October 2017 Trumpet issue.

Anyone can see that America is bitterly divided today, and much of this division was caused by an Antiochus-type who fundamentally transformed America by pretending to be someone he was not.

“The most fundamental transformation President Obama accomplished can be summarized in one word: lawlessness,” Trumpet contributing editor Brad Macdonald wrote in March 2017. “The most important American office for enforcing laws was occupied by a man who instead enforced his personal will. … The worst legacy of the Obama administration is the erosion of the rule of law.”

The post-Obama Democratic Party is openly hostile to biblical morality and constitutional law.

Whether or not presidential candidates take Obama’s advice to tone down their rhetoric, lawlessness will push America into a second civil war unless the nation changes its attitude toward law.

In Ezekiel 5:12, God reveals that one third of the population of end-time Israel (the United States and Britain, primarily) will die from the pestilence, famine and violence that will result from civil war. This sobering prophecy means that more than 100 million people will die in rioting and warfare in the United States. (Request our free book Ezekiel: The End-Time Prophet for proof.)

God allows America to experience such violence to teach it the consequences of broken law. Yet the good news is that the coming violence in America will lead people to come to know God (Ezekiel 12:17-20).

God offers protection from the coming civil war (Revelation 12:14), but only to those who turn from their evil ways (Ezekiel 33:10-11). To learn more about Ezekiel’s prophecy of civil war, and to learn how God will restore America to greatness after its people repent, read Great Again, by Gerald Flurry.