Did he ‘fundamentally transform America’? 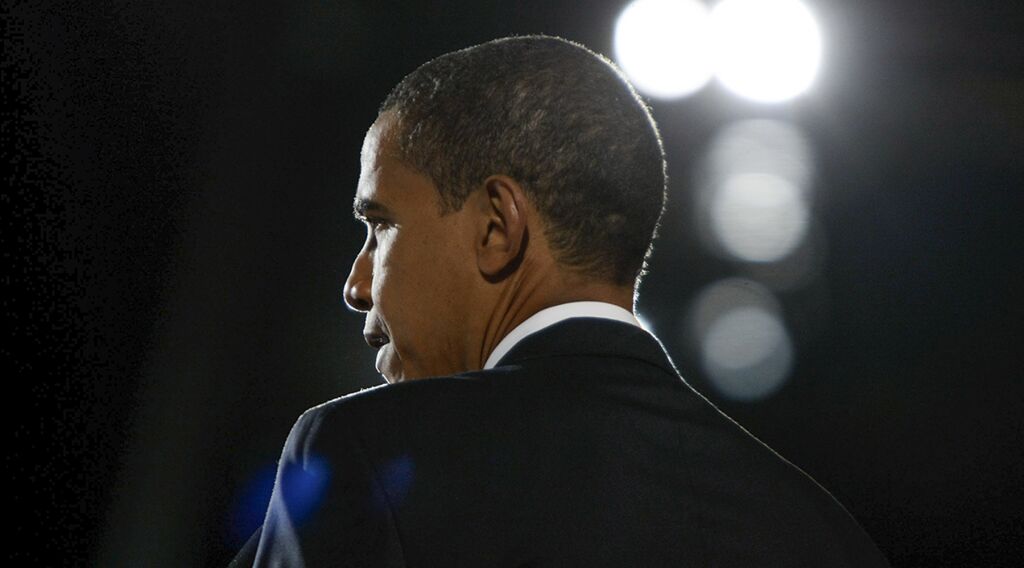 Did he ‘fundamentally transform America’?

Former United States President Barack Obama ran his campaign on “change” and said he would “fundamentally transform America.” For eight years he added action to his words, and America has indeed been transformed, fundamentally.

President Donald Trump’s campaign inspired support by opposing Mr. Obama’s transformations. Candidate Trump said undoing what Obama had done would be easy: He could nullify his executive actions by issuing executive actions of his own. When Mr. Trump got to work in January, he began signing them right away.

In reality, President Obama made eight years of systemic changes: not only legal and regulatory, but also cultural, moral and psychological. Some of this transformation of America cannot be reversed.

Let’s start with young Americans. The Obama Justice Department and Education Department enforced policies, regulations and laws that prevent educators from disciplining insubordinate students. They argued that since statistics show that black teenagers are disciplined at a higher rate than white students, American teachers and administrators are racist. Obama’s bureaucracy coerced and even prosecuted schools into leaving two high school generations unrestrained and unpunished. The result is millions of young people who have been educated to throw off rules and laws.

President Obama also attacked America’s prison system, accusing it of systemic racism. He blamed the makeup of jail populations not on law breaking, but on the law itself, particularly the judges and law enforcement officers. He accused police of racism so vile that officers often murder a man simply because he is black.

By the end of Mr. Obama’s second term, it had become much more common to see people marching in the streets, trashing public places, beating people on the sidewalks, and rioting in cities like Ferguson and Baltimore.

Fringe arguments received the vocal support of the highest office in the country. Eight years on, many more Americans now mistrust, disrespect and even attack law enforcement officers. Many hate the law more than they hate the crime.

President Obama, occupying an office created to enforce the law, personally undermined the rule of law, in some cases openly refusing to enforce laws that his office is specifically required to enforce. His enforcement of immigration was lawless at best, completely anti-law at worst.

Mr. Obama gave a presidential endorsement to many more issues that fundamentally weakened America’s culture, economy and security. He flung the doors wide open on entitlement culture and spent hundreds of billions giving away phones, health care, money and more. He hooked tens of millions more people on welfare benefits. He passed a gargantuan health-care law, reportedly the largest tax in history, that was a massive federal overreach into Americans’ personal lives. He became the biggest spender in world history, accumulating twice as much debt as his predecessor and nearly doubling the national debt to almost $20 trillion. Can that be paid back—with interest—with a few signatures?

President Obama also invited inside the White House Black Lives Matter, an organization whose website reveals that it has as much or more to do with anti-constitutional socialism as with race-baiting. He bathed the outside of the White House in the colors of the homosexual/bisexual/transsexual/queer/intersexual/etc. flag, celebrating the newfound right of homosexuals to “marry.” President Trump has said he is not interested in challenging this law, which by itself fundamentally transforms America.

President Obama successfully used the Justice Department and the Internal Revenue Service as political weapons. He presided over the surveillance of journalists, the mass surveillance of average Americans, and the targeted killing of American citizens involved in terrorism. His Justice Department provided a framework arguing that the federal government sometimes has the legal right to kill Americans without trial, overseas and at home.

The most fundamental transformation President Obama accomplished can be summarized in one word: lawlessness. The most important American office for enforcing laws was occupied by a man who instead enforced his personal will. Unshackling the presidency from its constitutional limitations is one of the most dangerous transformations of all, no matter who occupies the Oval Office. The worst legacy of the Obama administration is the erosion of the rule of law.

In 2017, America is a different nation from what it was on Jan. 20, 2009. To sign away some of Mr. Obama’s policies and laws will be easy, but to confront America’s changed mentality will not. To instead leave it as it is will be easy; to transform it back to the way it was, much less to make it great, will not. That’s because the Obama years appealed to an ugly, destructive and powerful element: our lawless human nature. The only way to truly roll back the Obama years is to change our own hearts and attitudes toward law.