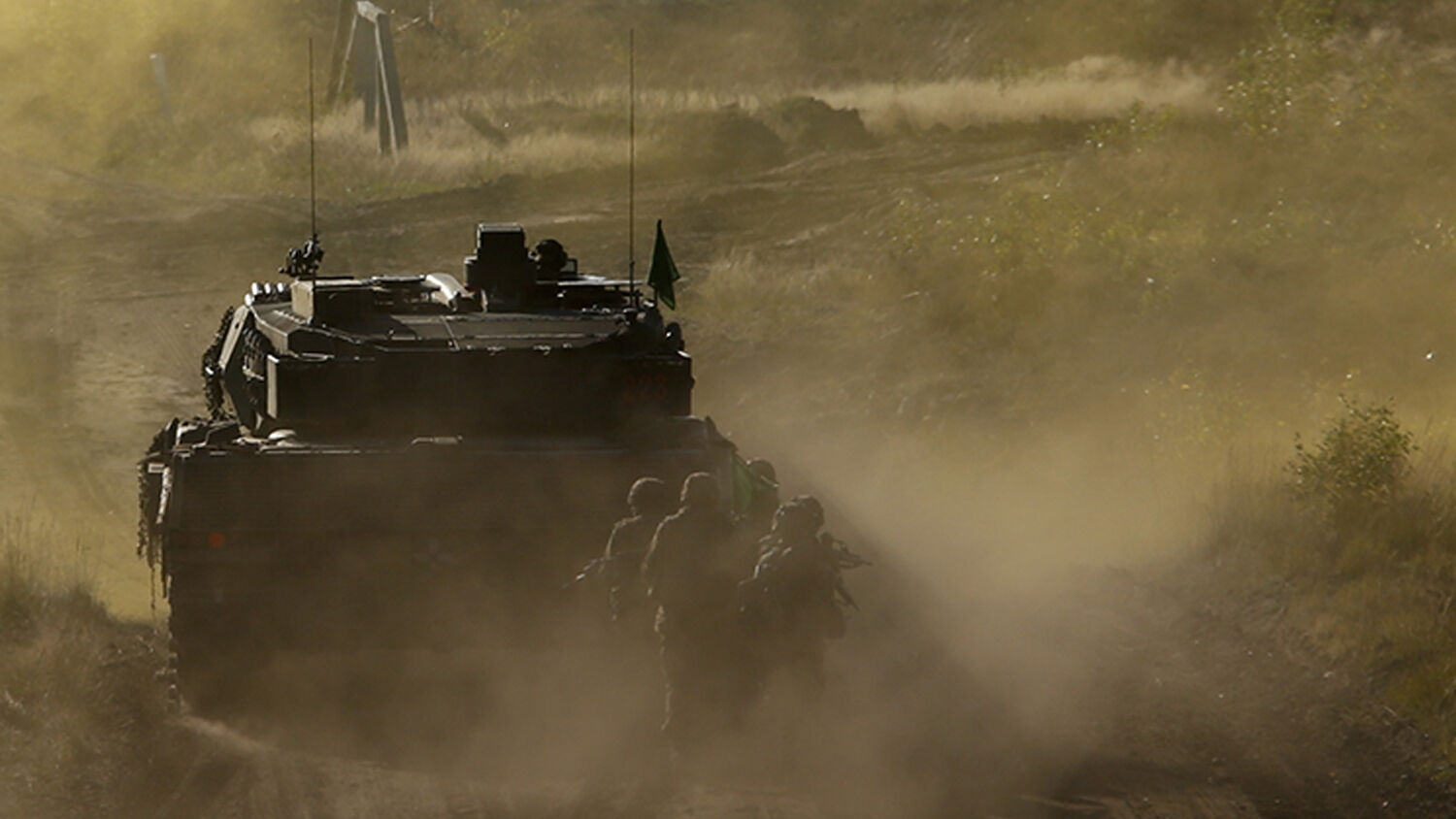 MUNSTER, GERMANY - OCTOBER 02: A Leopard 2 A6 combat tank is silhouetted during the annual military exercises held for the media.
Getty Images

Germany is the world’s fourth-largest arms exporter. Many in Germany, however, have a negative opinion of the increasing weapons exports. Yet the government continues to approve billions of dollars’ worth of sales each year. In 2019, Germany’s arms industry may witness yet another record, at the same time that its economy is struggling. An ominous trend is developing that has a historic precedent.

In the first 10 months of the year, the German government approved arms exports valued at $8.2 billion, according to the German Press Agency. By the end of the year, it is likely that Germany will break its previous $8.8 billion record from 2015. Egypt, Algeria, Qatar, the United States, United Kingdom, Norway, Australia, South Korea and Turkey have all purchased weapons from Germany this year. Hungary, however, has been the largest importer of German weapons, requesting nearly $2 billion worth between January 1 and October 31.

Germany’s Economic Ministry states on its website that arms exports are not resources for economic policies. Instead, they build strategic partnerships and alliances and help maintain Germany’s arms industry and thus its national security.

But in times of economic crisis, these arms exports are a welcome supplement to its manufacturing industries.

The military is a major customer in many auto companies. But Volkswagen will move even closer to the armaments business. The Golf manufacturer will deliver tank parts via a new subsidiary and also equip warships.

Mercedes, Volvo, Renault, Volkswagen and man are all involved to some degree in the production of military equipment and parts.

As the economy continues to struggle and crises in the world intensify, we can expect Germany’s industry to continue to adjust. “Combining the strength of its arms industry with its civil industry, Germany could soon be mass-producing tanks and other military vehicles instead of cars,” we explained in “Forging a Superpower” from the April 2019 Trumpet issue.

This wouldn’t be the first time the German industry has been faced with such a decision. Following the 1923 global economic crisis, Germany’s industry suffered major setbacks. Unemployment and bankruptcies reached new records—until Adolf Hitler gave new orders to fuel his empire. He turned the civil industry’s attention toward producing weapons to facilitate rearmament. As a result, unemployment drastically decreased.

Germany today is in a similar situation. Global orders for German civilian goods have declined. But weapons exports have increased. Many European countries, including Germany, are struggling economically. But they are all committed to increasing their military budget. This is a trend that Germany’s arms industry will greatly benefit from.

It is no secret that the world is entering a new arms race. The Bible explains why Germany’s role in it needs to be closely observed. Listen to “German Rearmament: ‘I Think That’s a Big Gamble,’” by Trumpet executive editor Stephen Flurry for more context.

Bible prophecy clearly reveals that Germany will start yet another war. Its arms industry is gearing up for that moment.

Psalm 83 prophesies that Germany is forming a strategic military alliance with moderate Arab nations. Revelation 17 shows that Germany will be at the head of a European military superpower that consists of 10 core nations. In the past few years, Germany’s many exports have primarily gone to Arab and European nations.

The German arms industry is creating the basis for these prophesied strategic military alliances. But soon, the nation will also arm itself, to the astonishment of the whole world (Revelation 17:8).

In 1945, late theologian Herbert W. Armstrong told his radio listeners: “From the very start of World War ii, [the Germans] have considered the possibility of losing this second round, as they did the first—and they have carefully, methodically planned, in such eventuality, the third round—World War iii!”

Whether you believe this forecast or not, you will see it come to pass in a few short years. Germany’s arms exports are only a small part of the nation’s preparation for this prophesied “third round.” Many other trends point to this prophesied outcome. It is more important than ever to understand where these events are leading. I encourage you to request your own free copies of He Was Right and Germany and the Holy Roman Empire, by Trumpet editor in chief Gerald Flurry.