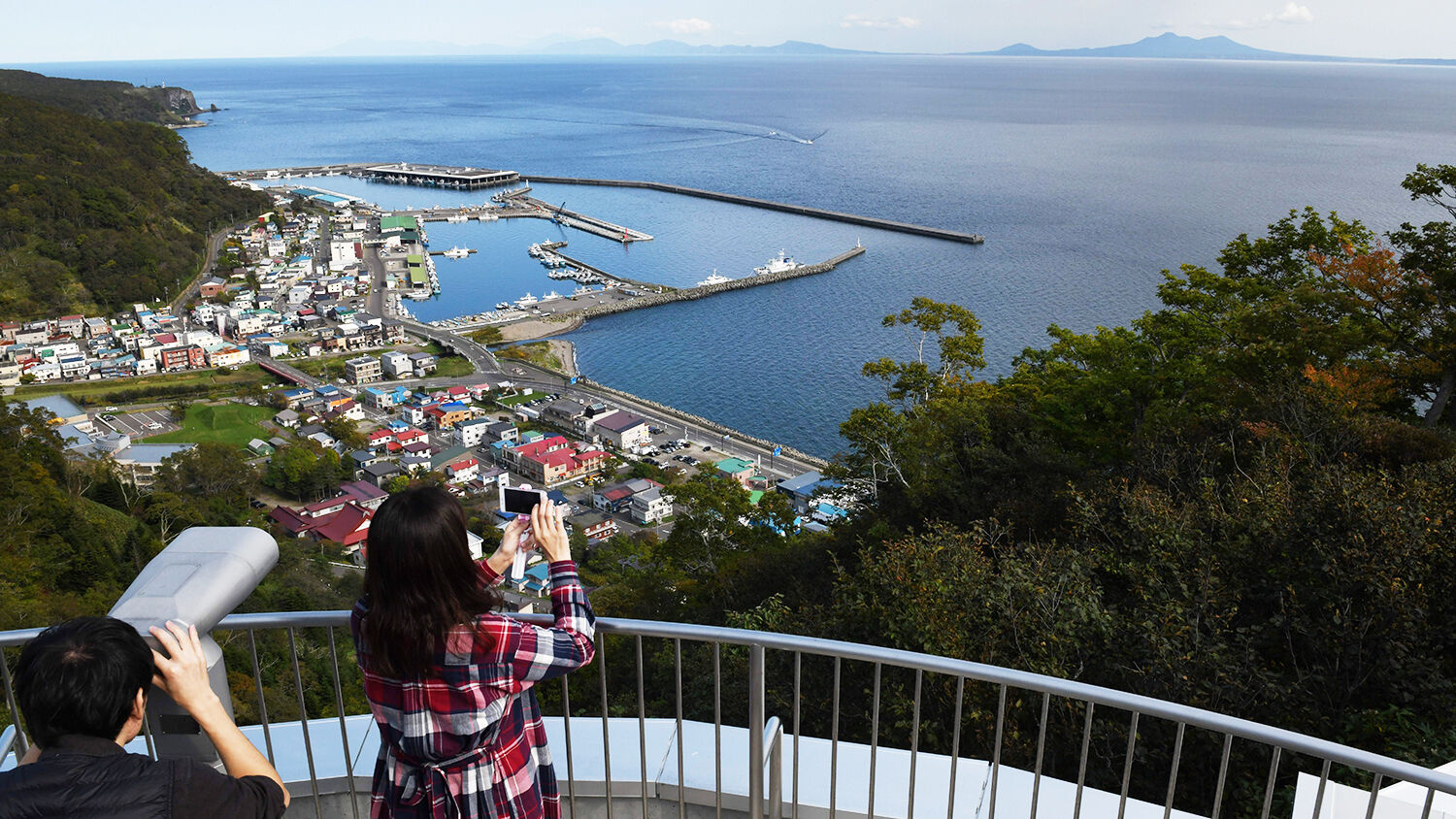 Tourists look at the island of Kunashiri (top) from the Rausu Kunashiri Observatory Deck in Rausu, Japan, in October 2018.
KAZUHIRO NOGI/AFP via Getty Images

The potential resolution of a 1945 territorial conflict hints at an end-time alliance.

Russia and Japan launched a new tourism program on October 30. The program is aimed at resolving a territorial dispute that has been a source of conflict between the two nations since the Soviet Union seized a group of islands from Japan in 1945. Their dispute over the Kunashir and Iturup islands seemed to be an insurmountable obstacle to good relations between the two nations.

Russia and Japan have worked toward cooperation in the past, but no real resolution has been reached. In 2016, the two nations agreed to a series of joint economic activities, including greenhouse cultivation, wind energy and waste-processing projects. Progress was stalled, however, because of differences surrounding the islands.

Japan has opposed Russia’s expansion of military activity on the islands. Yet Russia, according to Japanese media, intends to further expand its stockpiles. Russian Prime Minister Dmitry Medvedev visited one of the islands earlier this year, a move described by Japan as “extremely regrettable and offensive.” Japan has repeatedly refused to recognize the islands as belonging to Russia. But only 17 percent of Russians support giving Japan control of the islands. There is clearly a lot of dispute involving these islands.

But this tourism program might kick-start an intimate relationship between Russia and Japan. For six days, 44 Japanese citizens and government officials took tours of the islands. According to Akihiro Iwashita of Japan’s Hokkaido University, it is “interesting” that, for the first time, “ordinary people who are not former residents or people involved in the territorial issue, or academics, went to the islands.”

This potential resolution could help improve the relations between not only Russia and Japan, but all of Asia. In Russia and China in Prophecy, we write:

For decades, the Trumpet and its predecessor, the Plain Truth, have proclaimed the prophesied formation of a powerful Asian bloc in this end time. In 1968, the Plain Truth wrote: “Despite its many national, religious and political differences, Asia will ultimately be welded together into a common power bloc.” With Russia and China already strong allies, we could be seeing the first steps of Japan entering the fray.

Despite the dispute between Russia and Japan, both nations have repeatedly stressed the importance of reconciliation and progress. At a 2018 conference, Japanese Prime Minister Shinzō Abe said, “We have to change our approach to reach a peace agreement.” Similarly, Russian President Vladimir Putin said that the issue of the islands is too insignificant to continue hindering progress in relations.

Both these nations want to have an alliance. In a November 8 interview with the Trumpet, senior research fellow at the Higher School of Economics in Moscow Vasily Kashin said, “It is possible and currently both countries genuinely try to come to such an agreement. But that is difficult, involves internal politics issues in both countries, so it is hard to predict if we’ll succeed.”

Bible prophecy indicates that this alliance is inevitable. Revelation 16:12 speaks of a powerful Asian alliance, “the kings of the east.” Trumpet contributing editor Jeremiah Jacques commented on this verse, writing, “Some specific details of how this Eastern superpower will form in the end time are still unknown, but Ezekiel 38:2 specifies that Russia will be the lead nation, and verse 6 says ‘Gomer’ and ‘Togarmah’ will be part of this Asiatic power bloc and lend their military power to it. These are ancient names for the main peoples who make up modern Japan.”

Japan and Russia are taking the first steps toward reconciliation. Bible prophecy indicates that this will lead to an end-time military alliance. It will play a significant role in the events leading up to the return of Jesus Christ. To better understand the role of “the kings of the east” in this end time, request your free copy of our booklet Russia and China in Prophecy.