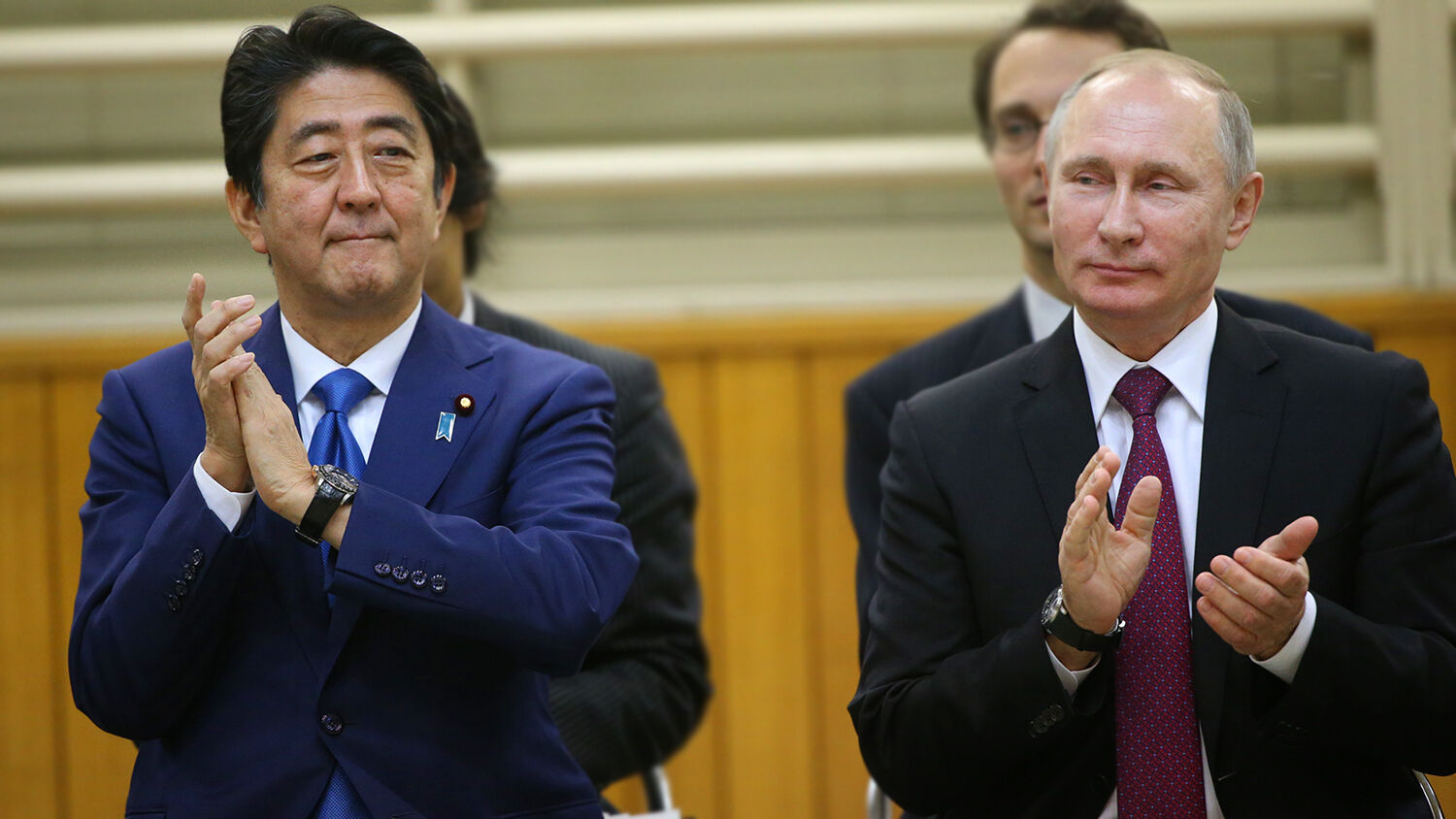 The Kuril Islands may be a bargaining chip that the Japanese can’t refuse.

Russian President Vladimir Putin signaled on November 10 that for Moscow and Japan to conclude a peace treaty, Tokyo might first have to reconsider its long-standing defense alliance with the United States. And Russia may have a bargaining chip that would make the offer difficult for the Japanese leadership to resist.

“I want to say that here there are lots of questions regarding the peace treaty,” Putin said to reporters assembled at the Asia-Pacific Economic Cooperation Summit in Vietnam. He was referring to the fact that Russia and Japan never signed a peace treaty at the close of World War ii, due largely to a dispute over the status of an island chain claimed by both nations, known in Russia as the Southern Kurils and in Japan as the Northern Territories.

In the closing chapters of the war, Soviet forces occupied and annexed four of the chain’s southernmost islands—Etorofu/Iturup, Kunashiri/Kunashir, Shikotan and the Habomai Islands. By 1949, the Soviets had forcibly deported some 17,000 Japanese residents from them.

Tokyo insists that the resource-rich islands are rightfully and inherently Japanese. “The Northern Territories are inherent territories of Japan that continue to be illegally occupied by Russia,” Japan’s Ministry of Foreign Affairs said in its official statement. “[R]eturn of the Northern Territories has been the ardent wish of the people of Japan, and a deep-rooted movement among the general public for the return of the islands has developed nationwide.”

Putin indicated that Moscow and Tokyo are determined to settle the dispute and conclude a peace treaty but that Japan’s ties with other nations could hinder the efforts: “It’s not a secret that we also need to look at what commitments Japan has towards its partners in the areas of defense and security, and how that will influence the progress of the negotiating process on the peace treaty between Russia and Japan,” he said.

Though Putin did not name any specific nation, the U.S. is clearly the country whose defense partnership with Japan troubles him.

After Japan wreaked some of the worst brutality in history and then surrendered in World War ii, nations were eager to prevent a repetition of the mayhem. First came Article 9, the clause America wrote into Japan’s postwar Constitution that bans Tokyo from building a military any larger than it needs for the self-defense of its immediate geographic arena. Then came the Treaty of Mutual Cooperation and Security between the U.S. and Japan, which, among other things, codified Japan’s dependence on the U.S. for its defense.

Russia now may be in a position to use the disputed islands as bargaining chips to pressure Japan into reexamining its defense pact with Washington. Many among the leadership in Tokyo, including Prime Minister Shinzō Abe, have long worked to normalize Japan’s military and to unshackle it from U.S. dependence. An offer by Moscow to return some or all of the disputed islands in exchange for Tokyo ousting American forces would give such leaders just one more reason to hasten Japan’s return to full militarism and Tokyo’s break from Washington.

The Russians would not part with the islands painlessly. But to see America’s military influence in the Russian periphery diminished and to gain a powerful Asian partner, the sacrifice could be viewed in Moscow as necessary.

In 1971, when Japan was still staunchly pacifist and wholly dependent on America for defense, Herbert W. Armstrong, editor in chief of the Trumpet’s forerunner magazine, forecast that the nation was laying the economic groundwork upon which it would return to full militarism. “Japan today has no military establishment,” he wrote. “But we should not lose sight of the fact that Japan has become so powerful economically that it could build a military force of very great power very rapidly” (Plain Truth, March 1971).

For decades, Mr. Armstrong’s forecast could have seemed alarmist to geopolitical experts. But now—as the threat posed to Japan by North Korea and China intensifies, as nationalist leaders in Japan quietly dismantle its pacifist architecture, as America’s security assurances become less and less reliable, and as Russia appears eager to draw closer to Japan—Mr. Armstrong’s forecast no longer appears far-fetched.

Mr. Armstrong’s analysis was accurate because it was based on specific Bible prophecies, such as Revelation 16:12, which says a powerful Asian bloc called “the kings of the east” will pool their militaries together in the end time. Scripture shows that these Asian nations will do this in order to confront another power bloc led by Germany.

Some specific details of how this Eastern superpower will form in the end time are still unknown, but Ezekiel 38:2 specifies that Russia will be the lead nation, and verse 6 says “Gomer” and “Togarmah” will be part of this Asiatic power bloc and lend their military power to it. These are ancient names for the main peoples who make up modern Japan. This shows that the U.S.-Japan alliance will not endure much longer.

If Russia offers Japan territories in exchange for diminishing or ending the U.S.-Japan alliance, it would represent a major step toward the fulfillment of these Bible prophecies and of the coming together of “the kings of the east.”

To understand the details of the role this “kings of the east” power bloc will play in end-time Bible prophecy, request a free copy of our booklet Russia and China in Prophecy.