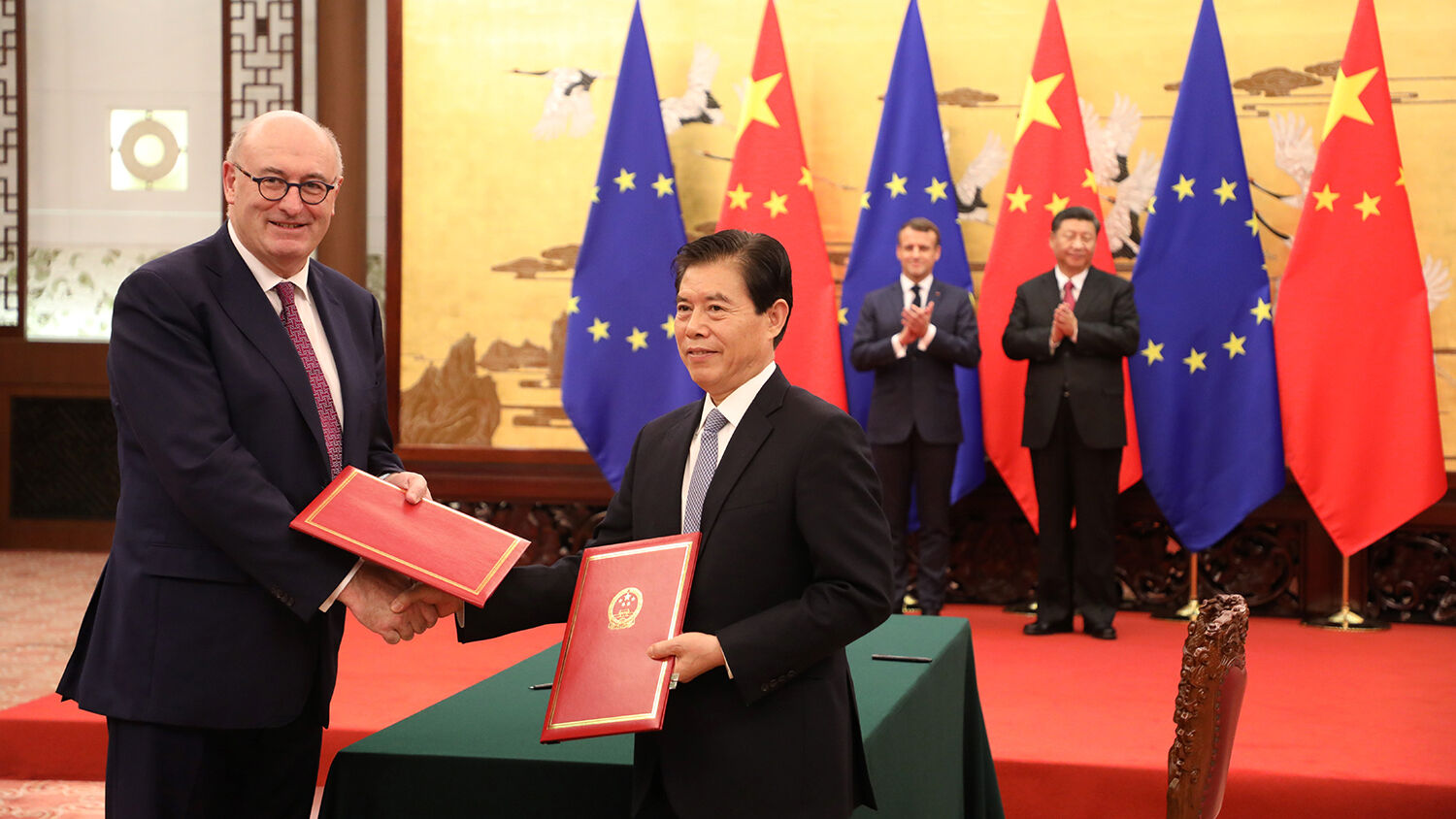 Two economic powers plan for the future—and the U.S. isn’t part of it.

France and China signed $15 billion worth of deals during meetings held November 4 to 6, according to a Chinese government official. While the United States–China trade war sits at a stalemate, Europe is securing greater trade with Beijing, pushing America out one deal at a time.

Twenty French companies agreed to export beef, poultry and pork to China. China is buying less pork from America because of the trade war. Buying from France will help it cover the shortfall. This comes at an important time as African Swine Fever continues to decimate pig populations in China.

French fuel company Total agreed to a joint venture with Beijing Gas Group to distribute liquid natural gas. Meanwhile, French energy company Engie will work with Chinese companies to build a storage facility for the gas in Tianjin. The natural gas industry is growing more important. The United States transitioned from a net importer to a net exporter of liquified natural gas in 2016 and has since seen exports rise sharply. China and Europe are major competitors in this field.

Last week’s agreements are far from the first deal that Europe has made with China. In March, Xi traveled to Europe to meet the leaders of Italy, France and Germany. They signed a series of deals worth billions. One deal alone, with Airbus, was worth $35 billion.

France is trying to appeal to China by styling itself as a more reliable trade partner than the U.S. Meanwhile, China is likely trying to divide the democracies and turn them against each other. If the U.S. has to fight a trade war on two fronts—Europe and China—some of the pressure on Beijing will be relieved.

Europe is becoming more aware and concerned about Chinese competition. However, relations with the U.S. are also weaker than ever. Brussels, Paris, Rome and others have chosen to cautiously embrace China.

Increasing cooperation between Europe and Asia points to major change. The region has great potential. Eurasia is a “supercontinent,” and closer cooperation could lead to “civilizational” changes, argues Bruno Maçães, former Portuguese Europe minister. He warned that the U.S. could be left out of a major transformation in the global economy.

This may seem like a long shot. Europe will continue to be wary of China. And though the Belt and Road Initiative is promising, it has a long way to go. Regardless, Sino-European cooperation is worth watching.

A Eurasian trade bloc is not a new idea; it is actually a very ancient one.

Almost 3,000 years ago, long before the ancient Silk Road, the biblical Prophet Isaiah described a large trade alliance between Asian and European nations. He called it “the mart of nations”—and his message is for today.

Isaiah 23 shows that China and other Asian nations will unite in a large trade bloc. The chapter mentions “Chittim,” an ancient name for China. Japan is also mentioned (Tarshish); Europe is represented by Tyre. Verse 3 mentions ships, indicating that this mart of nations is an alliance based on trade. Trumpet editor in chief Gerald Flurry describes this prophecy in detail in his booklet Isaiah’s End-Time Vision (which you can order here free).

Why should you watch the growing closeness between Europe and Asia? “Two great trading blocs are positioning themselves to control the world,” writes Mr. Flurry. He continues:

Should Europe, the resurrected Holy Roman Empire, find a way to take advantage—even for a moment—of key resources and strategic holdings of China, Russia and Japan, it would have more than enough power to besiege the Anglo-Saxon nations and enslave them. This is why Isaiah’s prophecy of an end-time “mart of nations” that includes both European and Asian powers is so intriguing. And why the trend of collusion between these two great economic blocs is worth watching.

The Holy Roman Empire has been revived in Europe six times; it is nearing its seventh and final resurrection (Revelation 17:10). Isaiah 23 says that it will briefly ally with Asian nations. As shown by prophecies in Ezekiel, this powerful alliance will shut the United States, Britain and its commonwealth, as well as Israel, out of world trade. After this economic siege, it will conquer these nations militarily.

Increasing trade deals between France and China are one sign that the spirit of this alliance is already present in the minds of many leaders. As the U.S. takes its stand against China, watch for Europe to position itself as the ideal alternative.

These events will affect more than trade. They will lead to a changed world and great suffering. But they are also a sign of imminent hope. For more details on what the Bible says about soon-coming world events, request your free copy of Isaiah’s End-Time Vision, by Gerald Flurry.