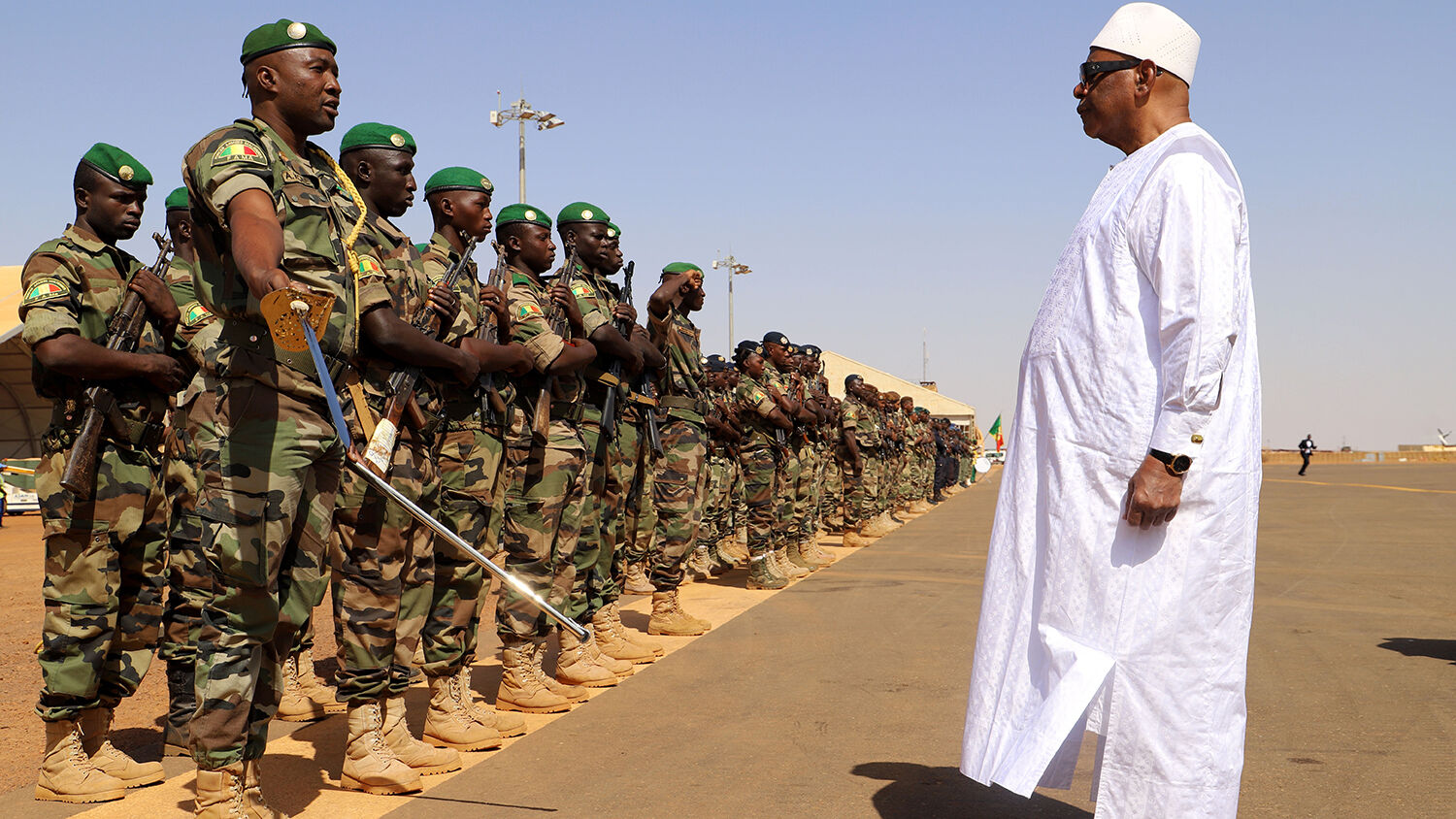 The crisis in this North African nation has much wider global ramifications.

If nothing is done to fight the sporadic terrorist attacks in Mali, that North African nation may soon cease to exist. So warned President Ibrahim Boubacar Keïta on November 4, following attacks that killed at least 53 soldiers and one civilian three days earlier.

According to reports, Islamic State militants from the region besieged the Indelimane base in northeastern Mali and fired their guns and artillery shells on any people or buildings they found in their way—before retreating toward neighboring Niger. “Soldiers of the caliphate,” claimed the Islamic State, “attacked a military base where elements of the apostate Malian Army were stationed in the village of Indelimane.” The terrorist group also posted videos of military vehicles and weapons they purportedly looted in the terrorist raid at Indelimane, evoking horrifying memories of Iraq and Syria in 2014.

The attack is the deadliest since the Mali conflict began in 2012. It came almost a month after an Islamist attack that killed at least 40 soldiers at two army bases near Mali’s border with Burkina Faso.

Following the latest massacre, President Keïta declared three days of mourning, while warning, “The stability and existence of our country are at stake; our only response must be national unity, the sacred union around our national army.”

The president’s comments might sound hyperbolic—unless one considers the history of this conflict in Mali. Mali has been the center of prominent Islamic empires like the Ghana Empire and the Songhay Empire, and it has been dominated by Islam since at least the 11th century. Regarding modern-day Mali, the European Council on Foreign Relations commented, “When a stadium in Bamako—the country’s capital and largest city—fills with tens of thousands of people, it is more likely than not to be for a religious rally or celebration rather than a campaign speech.”

Radical religious fervor started expanding in Mali in the early 2000s, and it exploded in 2012 when a military coup created a power vacuum that then allowed terrorist groups to take over the north of the country, a chunk of territory about the size of France. That land and power grab particularly jolted into action European leaders, who justifiably feared that northern Mali would be the newest hotbed for international terrorism and crime that could hit the Continent, which is just 900 miles away. While visiting Mali around that time, French Foreign Minister Jean-Yves Le Drian said, “It is our own security that is at stake.” The EU’s then head of Foreign Affairs, Catherine Ashton, said that “the presence of terrorist groups and the oppression of local populations in the north of Mali, as well as human rights violations, not only pose a grave threat to the Sahel region, but also to North Africa and to Europe.”

France led Europe’s counterterrorism efforts in Mali in 2013, which included arming and training Mali’s enfeebled army. Six years, 10,000 United Nations security officers and 4,500 French troops later, much of the territory that had been conquered by Islamists has been reclaimed. “But international troops have not been able to stop the insecurity spreading,” observed the Telegraph on November 5. It continued:

Jihadist groups and ethnic militias have proliferated and fighting has spread into Mali’s populous central regions and into neighboring Burkina Faso and Niger. Many security analysts fear the violence could spread south into countries like Ivory Coast, Togo and Benin.

Both the UN and France are deeply unpopular among Malians who see them as incapable of protecting them.

Many security analysts agree that despite an international presence in Mali, the situation is worsening. The Financial Times reported that there are several areas in Mali where the government has lost full control. The Malian government, it wrote, is losing “day-to-day control of large swaths of the country ….”

So it isn’t hyperbole to suggest—as President Keïta did—that the stability and existence of Mali are at stake.

How can such a problem be solved? How can the stability and existence of Mali be preserved?

According to Keïta, the latest attack proves that the support of international forces is “necessary more than ever.”

That too might sound hyperbolic—unless one considers how easy it is for God to prophesy.

God’s intellect, as His creation reveals (Romans 1:20), is at a level infinitely greater than the “artificial intelligence” of any computer system that could ever be devised. Add to that, He has the power to intervene and shape world events to suit His plan for mankind. He tells us, “I am God, and there is none else; I am God, and there is none like me, Declaring the end from the beginning, and from ancient times the things that are not yet done, saying, My counsel shall stand, and I will do all my pleasure: Calling a ravenous bird from the east, the man that executeth my counsel from a far country: yea, I have spoken it, I will also bring it to pass; I have purposed it, I will also do it” (Isaiah 46:9-11). And He holds ultimate authority over all nations (Daniel 4:17).

Today’s global trends reveal that we are living in the end time. “And at the time of the end,” Daniel 11:40 reads, “shall the king of the south push at him: and the king of the north shall come against him like a whirlwind, with chariots, and with horsemen, and with many ships; and he shall enter into the countries, and shall overflow and pass over.”

Here, God prophesied of an imminent clash of civilizations, inspired in part by false religion—a constant cause for conflict since the beginning of history.

Trumpet editor in chief Gerald Flurry used global trends and other passages of prophecy to identify the the king of the south as radical Islam, led and inspired by Iran. Herbert W. Armstrong, editor in chief of the Plain Truth, forerunner to the Trumpet magazine, identified the king of the north as a predominantly Roman Catholic European superpower.

Mali, the rest of North Africa, and the Middle East, have been both the victims of radical Islam and the incubators of Islamic radicalism that threatens the world, Europe in particular. European intervention in the region is a precursor to the prophesied clash of Daniel 11:40.

The worse the crisis gets, the more leaders in Europe and in the region will want an increased military force from the king of the north.

The crisis in Mali is leading to the ultimate fulfillment of this dramatic prophecy. To understand this trend better, and to know what will happen at the end of “the time of the end,” request a free copy of Mr. Flurry’s booklet The King of the South.