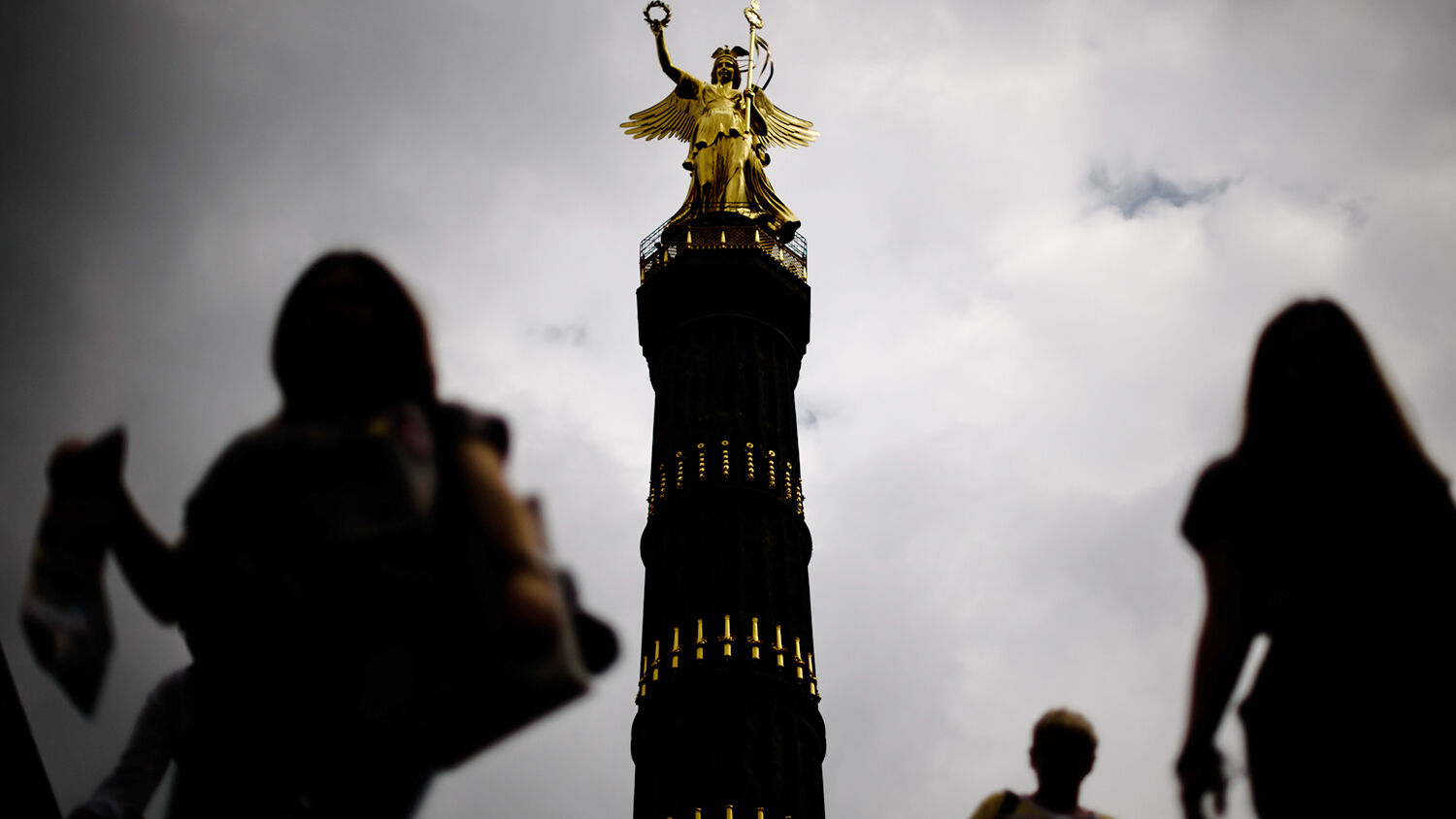 berlin, germany
On every street and alley in Berlin are reminders of the country’s history of war. The famous sites, monuments, memorials and museums all tell the same story of conquest and war. The German Reichstag building, for instance, calls to memory the many military orders Adolf Hitler delivered from Berlin, which resulted in the death of millions of people. Just south of that building is the Brandenburg Gate, which has a large chariot led by the goddess of victory on top, highlighting triumph in war. A little further south is one of the more sobering sites: Berlin’s Memorial to the Murdered Jews of Europe. Even the remnants of the Berlin Wall call to mind division, the Cold War and the many who died trying to flee communism.

The Berlin Victory Column, with a statue of the goddess Victoria at the top, is a monument to Prussia’s victory in the Franco-Prussian War. The monument celebrates the victorious end of the so-called “wars of German unification,” in which Denmark (1864), Austria (1866) and France (1871) were defeated. The column is surrounded by engravings that depict the many battles fought in that war. Across the street are two large sculptures that face the column. One is a sculpture of Albrecht Graf von Roon, the military general who led Prussia in the Franco-Prussian War. The other is of Reich’s Chancellor Otto von Bismarck.

Bismarck’s statue is surrounded by four smaller statues. The one behind him depicts a man forging the imperial sword. This statue brought to mind a prophecy in Micah 4:3 that reads, “[T]hey shall beat their swords into plowshares, and their spears into pruninghooks: nation shall not lift up a sword against nation, neither shall they learn war any more.” This prophecy will also apply to Germany.

The Prophet Isaiah wrote about this future time of peace: “In that day shall there be a highway out of Egypt to Assyria, and the Assyrian shall come into Egypt, and the Egyptian into Assyria, and the Egyptians shall serve with the Assyrians. In that day shall Israel be the third with Egypt and with Assyria, even a blessing in the midst of the land: Whom the Lord of hosts shall bless, saying, Blessed be Egypt my people, and Assyria the work of my hands, and Israel mine inheritance” (Isaiah 19:23-25). Herbert W. Armstrong explained in The United States and Britain in Prophecy that the modern-day descendants of Assyria are the Germans. (Request his free book for detailed proof.)

The time is coming when Berlin’s monuments of war will be turned into monuments of peace. But the Bible prophesies that one final great war is yet ahead before these prophecies are fulfilled. In order to endure the coming time of suffering, we need to understand the vision of the coming World Tomorrow.

To learn about the hope in this wonderful future time, read “Upcycling Swords Into Plowshares,” by Trumpet contributor Jeremiah Jacques, and request a free copy of The Wonderful World Tomorrow—What It Will Be Like, by Herbert W. Armstrong.