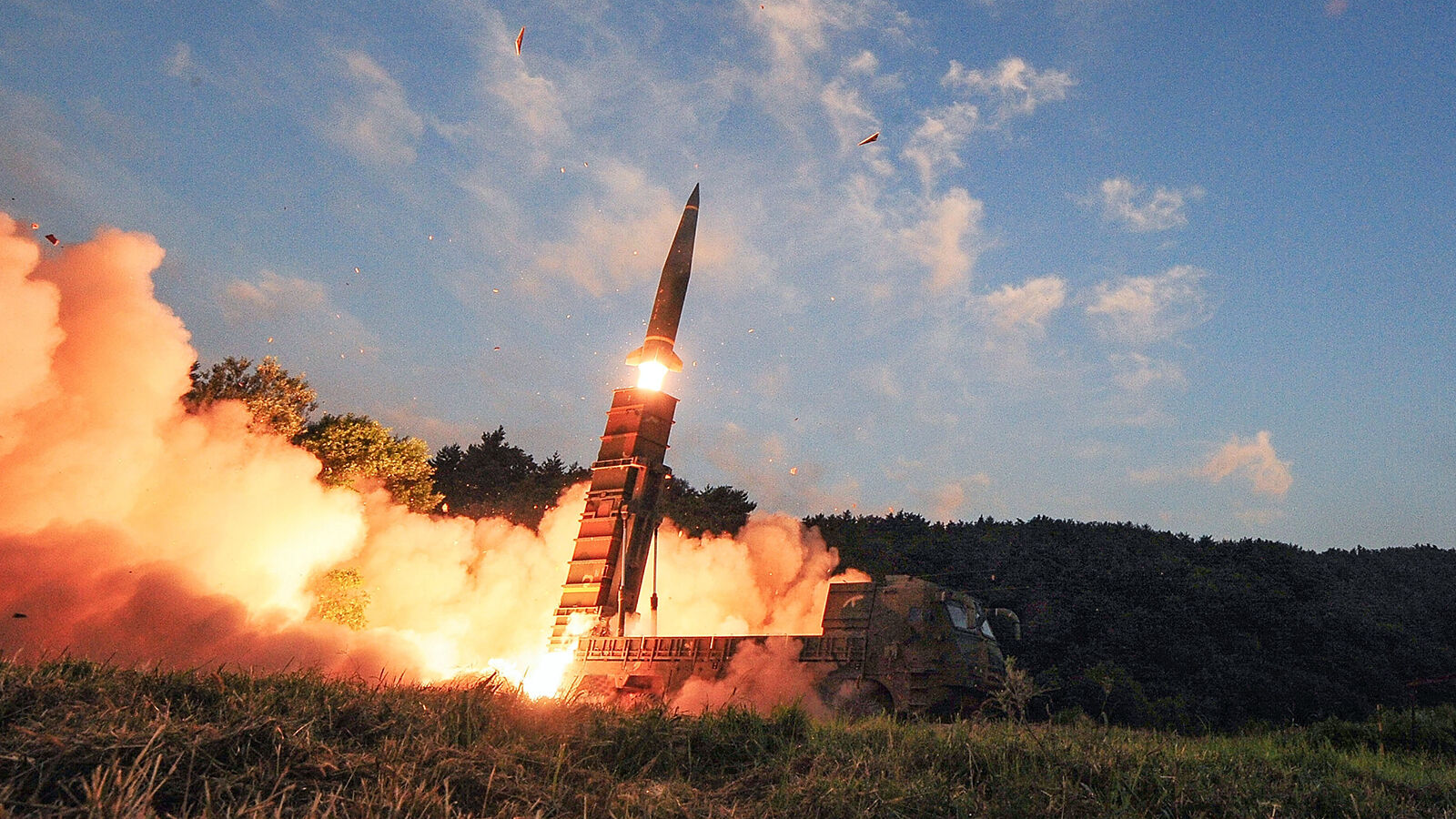 The Land of the Morning Calm has intensifying impetus to build the bomb.

On the Korean Peninsula, trends are aligning in a way that could prompt South Korea to develop nuclear weapons, according to an analysis by Bulletin of the Atomic Scientists published on October 23.

Bulletin of the Atomic Scientists is the organization that operates the famous “Doomsday Clock,” a symbolic measurement of the likelihood that mankind will begin nuclear war, with midnight representing the zero hour—global destruction. In its analysis of South Korea, the organization points out that Seoul’s calculus about whether it should develop nuclear weapons is driven by two primary factors: the likelihood that North Korea will surrender its nuclear arms voluntarily, and the reliability of the United States’ extended deterrence were a nuclear conflict to erupt on the Peninsula.

“Both,” the Bulletin wrote, “are trending in the wrong direction.”

There are two major variables that factor into South Korea’s calculus on starting a nuclear weapons program, and both are trending in the wrong direction. https://t.co/rOE8nlzcrc pic.twitter.com/s2Mhm0W2xQ

In the case of North Korea, during the first two years of Donald Trump’s presidency hope abounded that America would reach a deal to denuclearize the country’s military in exchange for lifting sanctions imposed upon it. But those talks between Trump and North Korean leader Kim Jong-un collapsed in February, and another round of negotiations failed earlier this month. Meanwhile, the North resumed tests of short-range nuclear-capable missiles in May. President Trump has responded to the tests basically with a shrug, counterbalancing them with endearing letters he receives from Kim and stressing that the shorter-range weapons cannot reach the U.S. mainland or many overseas American assets. But the missiles are fully capable of striking anywhere inside of South Korea.

In the case of the United States, South Korea is a treaty ally, which would obligate America to protect it in the event of an attack. The U.S. would also be expected to deter such attacks before they occur with the 28,000 troops, thaad systems and other weaponry it has stationed in South Korea. But since the early days of his presidency, Mr. Trump has bristled at America’s burden-sharing arrangement with the South. He has renegotiated the terms to increase the amount South Korea pays and argues Seoul should still be paying more.

The administration’s “disregard for the traditional alliance undermines the credibility of extended deterrence and has made South Koreans pessimistic about their continued dependence upon the United States,” the Bulletin wrote. “The more Trump brags about the letters from Kim Jong-un, the more he alienates an ally.”

The organization added: “If these trends continue, a nuclear South Korea is a question of ‘when,’ not ‘if.’”

Some in America’s leadership recognize the logical outcome of these trends. Last month, Stephen Biegun, the U.S.’s special representative for North Korea, asked rhetorically, “At what point will voices in South Korea or Japan and elsewhere in Asia begin to ask if they need to be considering their own nuclear capabilities?”

The Bulletin was careful to note that even if the South Korean people and leadership decided to go nuclear, they would be restrained by treaties the South has signed. “Global and bilateral nonproliferation instruments, such as the Treaty on the Non-Proliferation of Nuclear Weapons,” it wrote, “strictly prevent the Seoul government from going nuclear.” And South Korea would also be restrained “by the International Atomic Energy Agency’s watertight monitoring presence.”

But both North Korea and Iran also signed the Treaty on the Non-Proliferation of Nuclear Weapons. And though the International Atomic Energy Agency routinely sounds the alarms about both, its “watertight monitoring presence” has barely slowed either nation’s drive toward developing nuclear weapons.

None of man’s various treaties, monitoring schemes and peace plans are able to secure peace. In all such ideas, there is nothing to forcibly prevent unfathomably destructive weapons from being built and used. And there is no true cause for hope.

“Only God can solve our number one problem: that of human survival,” Trumpet editor in chief Gerald Flurry writes in his free booklet Nuclear Armageddon Is ‘At the Door.’

Mr. Flurry makes the Bible’s solution to this “number one problem” clear. But he shows that the Scriptures are also filled with dire warnings, showing that man’s attempts at peace will increasingly falter and that nuclear war will explode in the near future.

Matthew 24:21-22 record Jesus Christ saying: “For there will be greater anguish than at any time since the world began. And it will never be so great again. In fact, unless that time of calamity is shortened, not a single person will survive” (New Living Translation).

This could only be describing a worldwide nuclear war with enough detonations to effect a nuclear winter. And it will threaten to wipe out all human life.

Amos 5:3 shows that in certain cities, only 10 percent of human populations will survive. Jeremiah 2:15 makes plain that other cities will be entirely scorched by nuclear devastation, without a single inhabitant remaining. These are nightmarish prophecies, and trends on the Korean Peninsula are bringing them closer to fulfillment.

Nuclear World War iii will be cut short! Before the world powers detonate enough nuclear and other weapons to obliterate humanity, Jesus Christ will interrupt the mayhem.

Mr. Flurry explains in his booklet: “The good news is God will shorten the time span and save us alive. But if He did not intervene, there wouldn’t be anyone alive on this planet. He will let it go a long way so that people learn they can’t rule themselves. Men don’t know the way of peace. God knows—and if you keep His law of love, it will bring great joy and peace into your life.”

Following that epoch of unprecedented war, Christ will usher in an era of unprecedented peace. Amos 9:14 shows that those cities that had been left with only 10 percent of their populations will be rebuilt from the ashes. The book of Jeremiah reveals that as the people rebuild, each person will come to know the true God and to keep His law. Isaiah 11:9 states: “[T]he earth shall be full of the knowledge of the Lord, as the waters cover the sea.” As a consequence of this global sea change, the “great joy and peace” Mr. Flurry discussed will abound worldwide. Regarding this future age of global peace, Isaiah 2:4 says: “[N]ation shall not lift up sword against nation, neither shall they learn war any more.” War, nuclear and otherwise, will then be a relic of a bygone era.

“We are now at the edge of this nuclear abyss!” Mr. Flurry writes. “As all these horrible signs come to pass, we know Christ is about to return.”

To understand these scriptures and how to experience the “great joy and peace” that comes from keeping God’s law today, order your free copy of Mr. Flurry’s booklet Nuclear Armageddon Is ‘At the Door.’