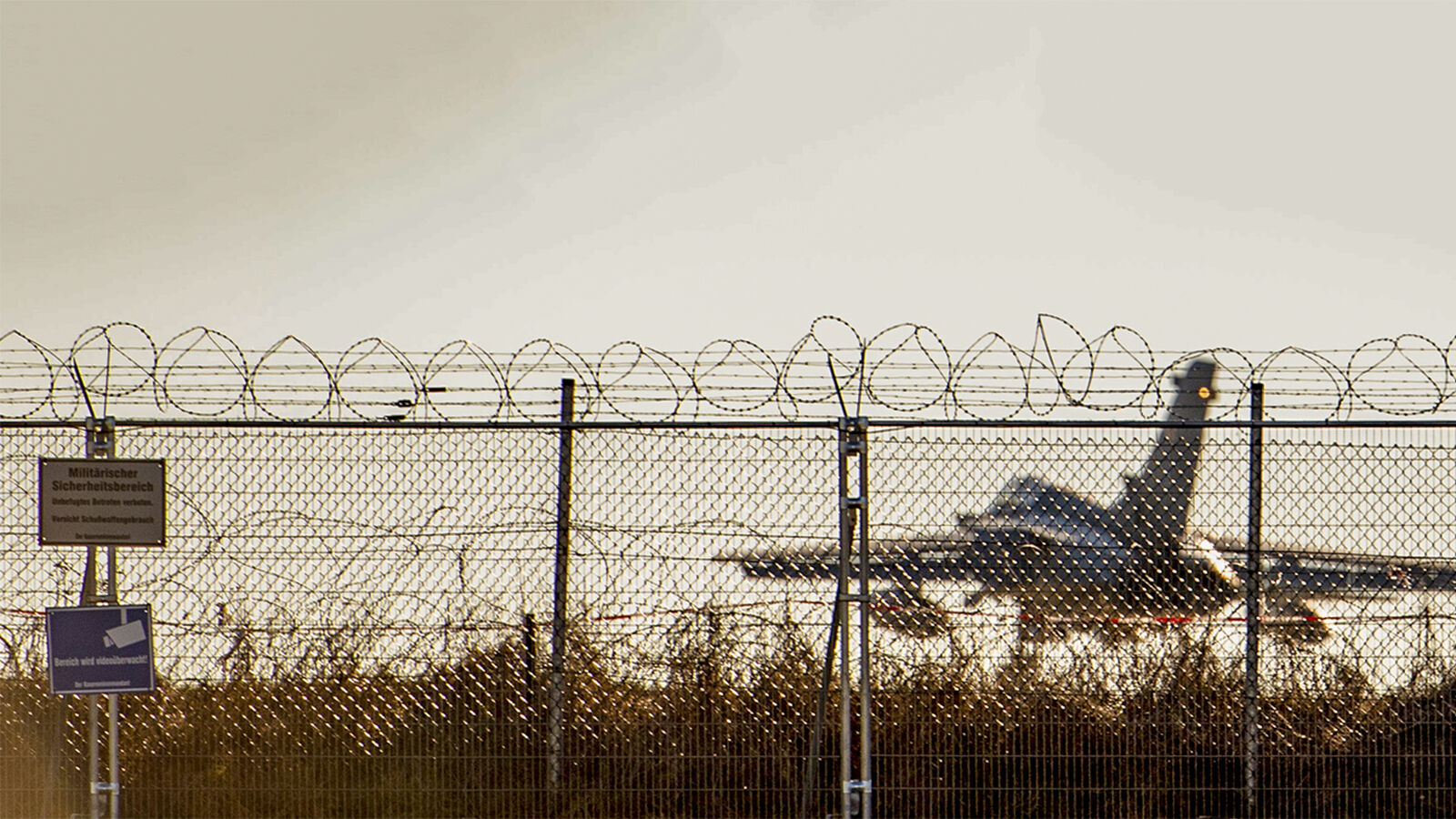 A German Tornado fighter aircraft prepares to land at Büchel air base on February 27 near Cochem, Germany. The Büchel air base of the Luftwaffe houses B61 nuclear bombs belonging to the U.S. military.
Thomas Lohnes/Getty Images

Germany and the Netherlands practice a nuclear attack.

On October 18, Germany’s Die Welt broke the news: “The Bundeswehr Is Training in a Secret Exercise for Nuclear War.” Referring to information released by the German Press Agency (dpa), Die Welt noted that Germany and the Netherlands are training together for the eventuality of nuclear conflict.

Within the North Atlantic Treaty Organization, Germany and the Netherlands have access to nuclear bombs. They are part of nato’s nuclear-sharing agreement that allows them to use nuclear bombs to strike opposing forces. Their preparation to use these weapons is ignored by most media, but it should alarm the world.

“The German Luftwaffe is training with nato partners for the horror scenario of a nuclear war,” Die Welt noted. Under the nato mission Steadfast Noon, Germany and the Netherlands are developing concrete plans and are practicing for using the B61 tactical nuclear weapons that America has stationed in Europe. In the exercises, Germany contributes Tornado jets capable of carrying nuclear bombs.

“According to military experts, the regular Steadfast Noon maneuvers include practicing how to safely transport U.S. nuclear weapons from underground magazines to the aircraft and install them under the combat jets,” Die Welt further explained. Pictures of the maneuvers also show Italian aircraft participating.

All exercises are conducted without the bombs, though the bombs are believed to be stationed in the Volkel air base in the Netherlands, where the maneuvers are held.

Though Germany is not considered, by most people, to be a threat to world peace, we should pay close attention to Germany’s military preparations.

At the beginning of the nuclear arms race, the U.S. gained the upper hand. One can only imagine what the consequences would have been had Germany under Adolf Hitler gained access to weapons of mass destruction. Instead, Germany was disarmed and prohibited from having its own army.

But at the end of the war, the late Herbert W. Armstrong—editor in chief of the Trumpet’s forerunner magazine, the Plain Truth—warned that the danger emanating from Germany had not ceased. On May 9, 1945, he said: “We don’t understand German thoroughness. From the very start of World War ii, they have considered the possibility of losing this second round, as they did the first—and they have carefully, methodically planned, in such eventuality, the third round—World War iii!”

Since Mr. Armstrong spoke these words, Germany has quietly worked to gain access to nuclear bombs. Our article “Germany Prepares for Nuclear War” explains how Germany’s second defense minister, Franz Josef Strauss, pushed to get nuclear weapons. But while his ambition was greatly restricted by the U.S., he made vital preparations for Germany to gain access to these bombs.

His ambitions alarmed Henry Kissinger in 1961 to the point that he warned the Kennedy administration of Strauss’s plans to “simply take” these weapons when he saw fit. Kissinger suggested that America should secure its nuclear weapons in Germany in a way that would make it “physically impossible” to use them without American consent.

Today, however, the fears of Germany using these bombs for its own purposes is nearing zero. Instead, nations are focused on Russia’s military buildup, Iran’s nuclear pursuits, and North Korea’s military games. But the Bible reveals that the nations that started two world wars will yet start another, even more devastating war.

Referring to Germany by its ancient name Assyria, the Bible writes: “O Assyria, the rod of mine anger, and the staff in their hand is mine indignation” (Isaiah 10:5). In various other Bible passages the Bible reveals that God’s wrath has again turned against His people Israel, referring primarily today to the U.S., Britain and the Jewish nation in the Middle East.

These nations have in this prophesied end time come to trust and rely on Germany as a partner against Russia and various other conflicts. But the Bible’s warning is clear, and we see evidence all around that Germany is about to betray its current partners. For this reason, the Trumpet continues to repeat Mr. Armstrong’s warning (Revelation 10:11). This warning is now more urgent than ever. While the last world war ended with nuclear weapons, many believe—for good reason—that the next world war will start with them.

To understand why and how Germany is rising militarily, request your free copy of Daniel Unlocks Revelation, by Trumpet editor in chief Gerald Flurry. This booklet explains how God is actually contributing to the rise of Germany.

Germany is preparing for nuclear war. All humanity should prepare for the Bible’s warning to come true.