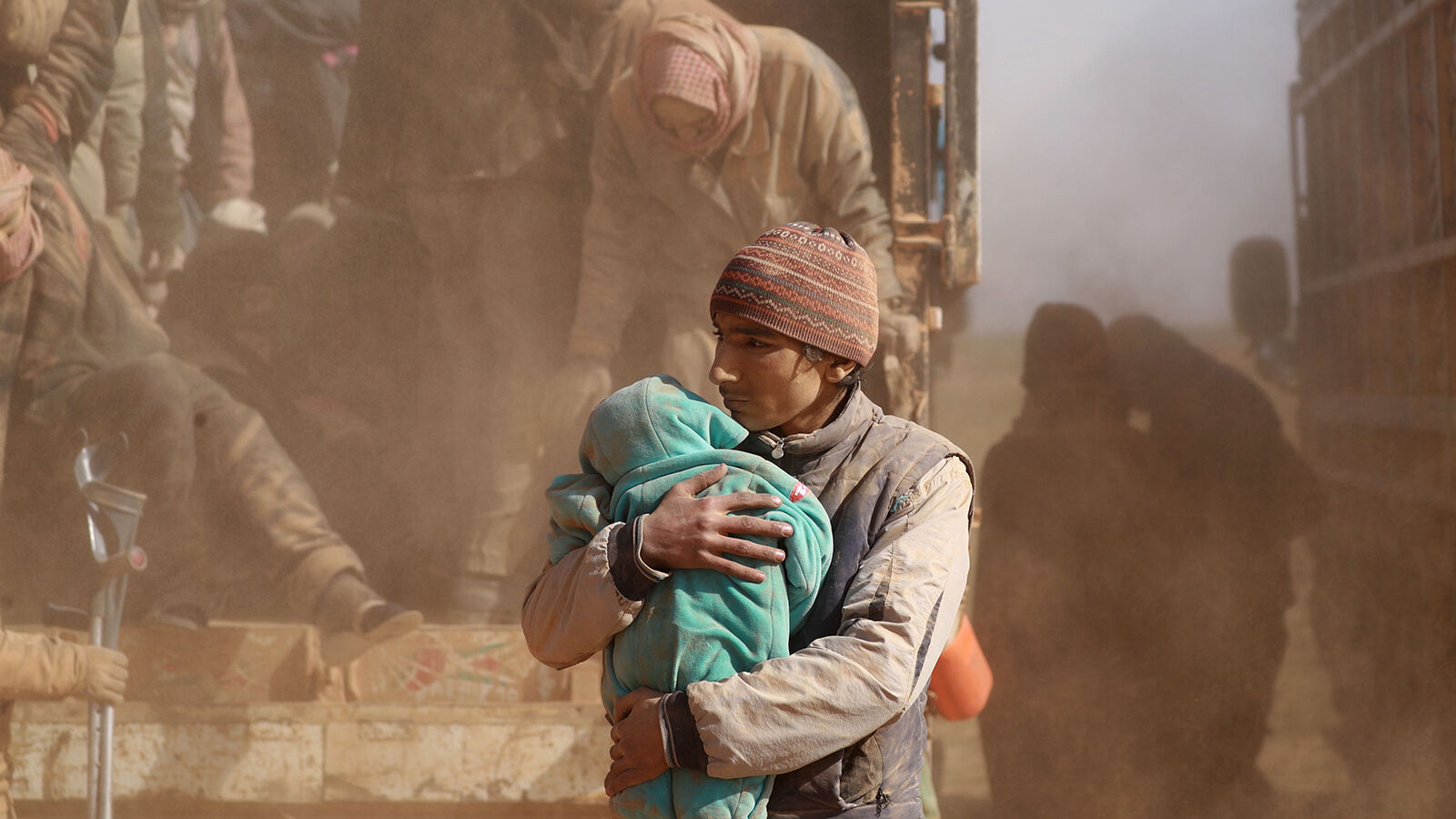 As the Trumpet’s Middle East correspondent, I have followed the Syrian civil war closer than most for the past eight years. Yet, I’ll admit, I still struggle to comprehend the competing interests of the warring factions, who is involved and why.

To make sense of the scene, I often go back to Trumpet editor in chief Gerald Flurry’s timeless article “How the Syrian Crisis Will End.” Before I write an article detailing the latest movement, I often read through that 2012 article to remind myself of the main prophetic forecast regarding Syria. In a nutshell, prophecy indicates that Iran will lose out in Syria and that a German-led Europe will dominate the nation. That means there are still some big changes ahead for Syria.

This afternoon, to write about the United States’s recent decision to pull its troops out of northern Syria, and Turkey’s invasion into that battle space to defeat the Kurds, I once again returned to the article to guide my analysis.

But this time, it was quite hard to get past the first paragraph. The article starts out this way:

Syria is at war. That country has been experiencing a slowly unfolding civil war for 17 months and counting. More than 10,000 people have already been killed.

Usually I skip right over the initial paragraphs to get to more of the prophetic analysis toward the end. But not this time.

Ten thousand is a staggering number.

But it is nothing compared to what it is now.

While the number of casualties vary depending on whom you ask, the current death toll stands at around 500,000—and still rising.

What does it say about mankind, when just eight years ago the death toll was 10,000, and now it has increased to half a million people?

How is it that, in our enlightened, sophisticated and highly communicative 21st century, a slow-moving war has plowed through the human masses in Syria for almost a decade and no one has been able to stop it?

It’s certainly not for lack of trying.

The Syrian civil war is arguably the most documented war in history. It has blanketed our televisions, our newspapers and the newsfeeds on our devices. Sometimes those same devices are used by fighters on the ground in Syria to document the battles. Within minutes the footage appears on social media. Hours later, it is edited and broadcast in the mainstream media.

Simply put, the horrific longevity of the Syrian war has proved mankind’s inability to solve his own problems.

This lesson has resonated with me over the past couple of days as I, along with many of our Trumpet followers, have been celebrating the Feast of Tabernacles. This seven-day annual festival was originally given to ancient Israel, and continues to be observed by the New Testament Church. It has everything to do with ending the war in Syria—and all wars, for that matter.

It pictures a time shortly ahead, a time detailed in numerous biblical passages. One of which is found in the book of Isaiah. “[T]hey shall beat their swords into plowshares, and their spears into pruning hooks: and nation shall not lift up sword against nation, neither shall they learn war anymore” (Isaiah 2:4).

Certainly, most of mankind would love to live in the world described in that prophecy. Certainly, the millions of refugees who have fled Syria and other war-torn places on Earth long for an end to war.

But as the Bible reveals, such a utopian condition is only possible if it is ushered in by God Himself.

The start of that same verse reads, “And he shall judge among the nations and shall rebuke many people ….”

Ironically, this verse was artfully portrayed in sculpture and is displayed in front of the United Nations building in New York. While a noble endeavor, the grinding Syrian war has proved that the UN is unable to prevent war and sustain peace.

Herbert W. Armstrong was on hand for the UN’s very first session back in 1945. He related his experience in his booklet The Wonderful World Tomorrow—What It Will Be Like, writing:

God shows in His Word to mankind how utterly helpless man is to govern himself and his fellows. Now 6,000 years of human experience has brought mankind to the very brink of world suicide. The world’s leading scientists and statesmen say the only hope, now, is world government. I attended the San Francisco Conference in 1945, where world leaders attempted to form a world organization of nations. They called it “The United Nations.” There I heard chiefs of state ring out the warning that this was the world’s last chance.

This soon-coming intervention by God and the peaceful time He ushers in is pictured by the Feast of Tabernacles.

The inability to solve the Syrian civil war, and the prophecies that war is fulfilling, reveal how close we are to that time. In that, there is hope.

If you want to see a clear picture of that millennial world portrayed in the Feast of Tabernacles, I highly recommend you spend some time reading The Wonderful World Tomorrow—What It Will Be Like. It is free, and available here.