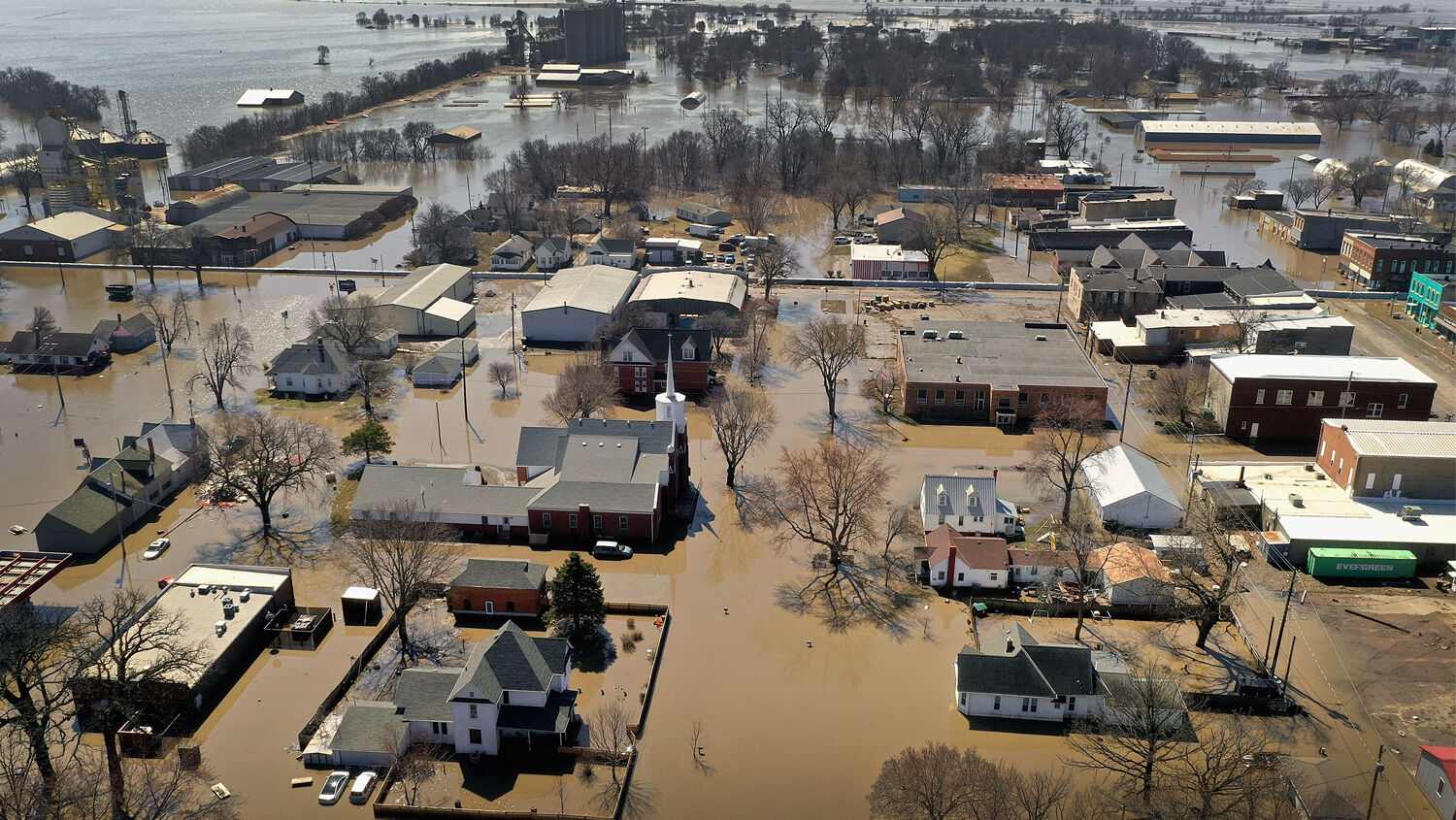 Homes and businesses are surrounded by floodwater on March 20 in Hamburg, Iowa.
Getty Images

Man is the cause of the problem, but not in the way the media wants you to believe.

Weather disasters left 7 million people around the world homeless in the first half of 2019, according to a September 12 report by the Internal Displacement Monitoring Center, which puts the year on track to become the most devastating yet. Meanwhile, the United States is suffering record flooding across some of its most vital farming regions.

According to cnn, Hurricane Dorian, which overwhelmed the Bahamas at the beginning of September, killed at least 50 people and displaced 70,000. The Category 5 hurricane was the strongest ever to strike the Bahamas.

Meanwhile, the Midwest and Southern U.S. have been inundated by flooding, affecting about 14 million people. Flooding has affected the 11 states that border the Missouri, Mississippi and Arkansas river systems. According to the National Oceanic and Atmospheric Administration, the U.S. has had its most saturated 12 months since record-keeping began in 1955, with May 2019 being the second-wettest month on record. Referring to this phenomenon, Bryan Tuma of Nebraska’s Emergency Management Agency said, “I would describe it as biblical.”

This disaster of “biblical” proportions has devastated farmers most of all, forcing them to delay planting. In Arkansas, only half of the state’s soybeans had been planted by June, compared to 90 percent at the same time last year. In Vicksburg, Mississippi, over 500,000 acres of land were flooded. Many farmers are being forced to file for bankruptcy, and some are succumbing to depression. Partly due to extreme weather patterns, farmer suicides are double the national average.

The overwhelming consensus is that the cause of all these disasters—the hurricanes, tropical storms and flooding—is climate change. The Internal Displacement Monitoring Center wrote, “In today’s changing climate, mass displacement triggered by extreme weather events is becoming the norm.”

Regarding Midwest flooding, the New York Times wrote that “climate change is increasingly an exacerbating factor.”

In the wake of Hurricane Dorian, cnn wrote, “Climate change is a clear and present danger, and lives are already being lost to it.”

Man is indeed to blame for these natural disasters. Our decisions and subsequent actions have directly brought about the excessive rain, deadly hurricanes, devastating tropical storms, record-breaking temperatures and deadly drought. However, it is not just our industrial release of synthetic compounds, replacement of forests with cities and asphalt, or the gaseous release from exhausts of cars, planes and trains that have caused climate change. Rather, the main cause is that our societies’ conduct and behaviors have more and more been in direct contravention of God’s law.

In August 2017, hurricanes Harvey and Irma flooded Houston with over 50 inches of rain, and torrents of water filled cities across America’s Southeast. At the same time, the West Coast was parched, and fires were scorching millions of acres! It was exactly as God prophesied through Amos! This prophecy does more than tell us that such disasters will occur. It tells us why they are occurring—and how to prevent them from continuing!

God causes these conditions as punishment for pushing Him out of our lives. He is trying to get people to return to Him! This prophecy should help us see the connection between extreme weather upsets and human sin. Certainly, we must pray—but we must also return to God!

God is in control of the weather, but mankind is at fault because it continues to sin against God’s immutable law and refuses to look to Him. Why ‘Natural’ Disasters? states, “God uses weather to correct and discipline His creation—to help us realize the error of our ways!” We are like sheep gone astray, and God, in His unending love, is trying to bring us back to the right path. Until we repent and cry out to Him, these catastrophes will continue.

The Bible prophesies that record-breaking disasters will continue to get worse because man’s evils are increasingly worse (2 Timothy 3:13). But if mankind abandons its erroneous, evil ways and instead turns to God, He will protect us from disaster (Psalm 91:9-11). If we obey God and keep His law, we will be protected.

To learn more about these weather disasters and the loving purpose behind them, request our free booklet Why ‘Natural’ Disasters?