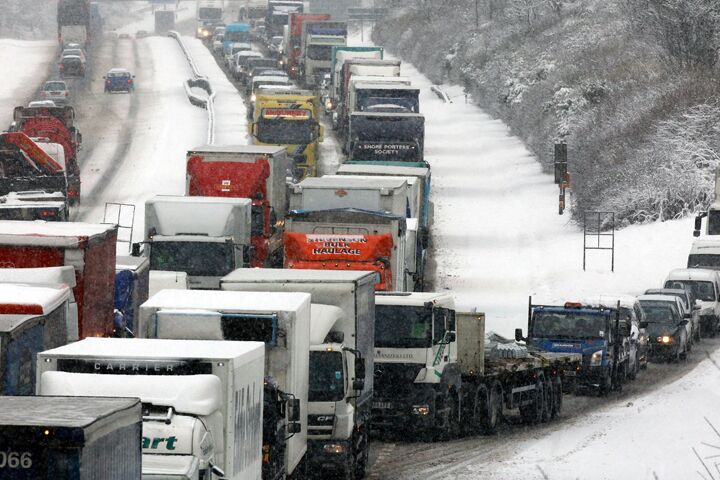 Extreme droughts in one nation, heavy snows in another. Is this a coincidence, or is something behind it?

Record snow and ice storms bury both Britain and America. Meanwhile, bushfires hit Western Australia while “a year’s rain in a couple of days” drowns the east. Dryness covers Israel, which desperately needs rain as the Sea of Galilee and other water sources reach dangerously low levels.

Is this a worldwide weather crisis?

The heavy snow in America last week seems poised to break states’ budgets at a time when many were already ripping apart the couch in search of spare change. Maryland’s budget for snow removal, for example, is $26 million. It has already spent $27 million, and winter has barely started.

Storms cut off electricity to thousands in Oklahoma, Kansas, Nebraska, Illinois and Iowa. In Oklahoma, Gov. Brad Henry declared a state of emergency.

In Britain, conditions are similar. Six people have died in ice- and snow-related accidents.

As bushfires destroyed around 20 homes in the west of Australia, New South Wales and Queensland suffered heavy flooding over the last few days. Farmer Lance Carter said his property had received “a year’s rain in a couple of days.” In all his time farming, Carter said he’d never seen a flood like it.

“There was one in ’83 and one in ’89, but it’s never been as bad as this—rain on the top of rain,” he said. “It’s just too much, this. We could have handled the eight inches. But my neighbor got 18. We will lose stock.” Carter is worried that many of his 4,000 sheep may have become weighted down in floodwaters and, because of their eight months’ growth of wool, drowned.

Just last week, New South Wales was suffering under drought. But in the last six days, the State Emergency Service has received at least 300 flood-related calls.

Meanwhile, Israel would love the water. The Sea of Galilee is so low that it would take around 140 rainstorms to fill it back up again. Israeli water prices are set to increase by 41 percent by January 2011, with the nation opening up more desalinization plants as it struggles to find enough water.

The Trumpet has frequently highlighted severe weather conditions around the world. But are these weather problems a symptom of global warming?

Every time it is hotter or colder than usual, global warming gets the blame. But suggest that God could actively be playing a part in the weather, and suddenly it’s all a coincidence.

A bad winter and a couple of droughts doesn’t come close to proving that anything—in terms of God or global warming—is influencing the weather. But the Bible claims to represent a God who controls the weather, promising blessings if we obey and curses if we do not.

Is it possible He is influencing the weather? Look at this season in context of a wider trend, a trend where Australia and America are producing less and less wheat, a trend that sees nations getting the opposite weather to what they need.

But would a great and merciful God actually curse nations? Read our article “Flash Floods, Scorched Earth.” The case that God is intervening in the weather to get human beings’ attention is certainly much stronger than the case for global warming.