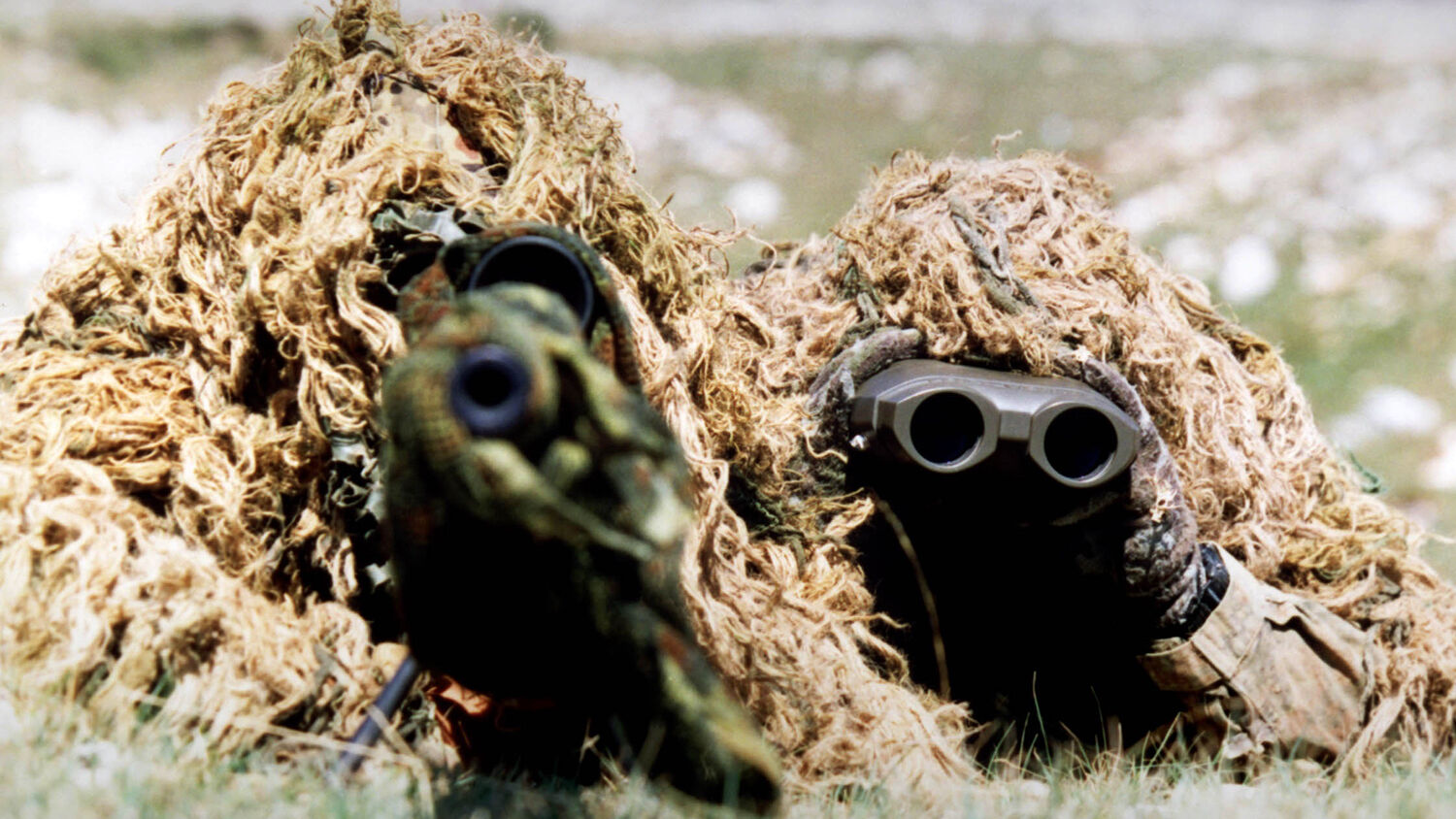 Soldiers of the Bundeswehr in camouflage clothing observe the terrain in Bosnia-Herzegovina.
GASPA/Ullstein Bild via Getty Images

We should again heed Churchill’s warning.

Eighty years ago, Germany started a war that resulted in the death of millions of people. But the man who warned about that outcome was shamefully ignored. And his warning is more urgent today than ever.

Winston S. Churchill warned that the supposed peaceful country of Germany would suddenly turn into a horrifying war machine. But Britain’s leaders believed that Germany had changed and that the supposed military buildup was a hoax. Their false beliefs proved deadly. Churchill is remembered as a hero today, but do we remember his warning?

In his 1923 book The World Crisis, Churchill warned: “They sound so very cautious and correct, these deadly words. Soft, quiet voices purring, courteous, grave, exactly measured phrases in large, peaceful rooms. But with less warning cannons had opened fire and nations had been struck down by this same Germany.”

History shows that Germany appears most peaceful right before it strikes. The problem Churchill was dealing with was that the people refused to understand history. Germany is a country with astonishing qualities and industrial capacity. But unless its productivity is channeled the right way, it has always caused great havoc.

Today, the casual observer may once again see Germany as Churchill described: a country of diplomacy, courtesy and discretion. But Churchill understood something that few men ever understood about Germany—the country’s deceitful strategy. With this understanding, he warned that you must look deeper than just what is on the surface.

Churchill was right when most everyone else was wrong—that fact alone should give us cause to ponder whether history will repeat itself. Having just passed the 80th anniversary of World War ii, we should consider Germany’s repeated strategy of deceit.

Churchill defined summarized this strategy in three words: deceit, secrecy and surprise. Most nations trust in deterrence to prevent war. But Germany prepares for blitzkrieg warfare in secret.

On Nov. 28, 1934, Churchill warned: “So far, I have dealt with what I believe is the known, but beyond the known there is also the unknown. … As to that, all I would say is, ‘Beware!’ Germany is a country fertile in military surprises” (emphasis added). The secret military preparations that Churchill referred to as the “unknown” later came out into the open when Germany attempted to conquer the European continent.

If Churchill were still alive, he would probably be warning about a few things taking place in Germany today.

This past March, Germany classified its military status report as secret. In June, German newspaper Die Welt reported that the military has been developing hypersonic weapons under the principle of “German eyes only.” Around the same time, it was reported that the Army would soon include the latest laser weapons technology that the arms industry has been developing. The German Army has also made advances in cyberspace and has been active in space for a decade. While all this is happening, the country has also made massive strides in uniting European armies under its command.

France and Germany have signed historic agreements to cooperate on the production of new tanks, fighter jets and next generation combat systems—something that would likely shock Churchill. Germany is laying the foundation for a military empire that could, in a short time, utterly shock the world.

These developments, however, have been virtually unnoticed because the world has forgotten Churchill’s warning. In The World Crisis, he wrote:

It is too foolish, too fantastic to be thought of in the 20th century. Or is it fire and murder leaping out of the darkness at our throats, torpedoes ripping the bellies of half-awakened ships, a sunrise on a vanished naval supremacy, and an island well-guarded hitherto, at last defenseless? No, it is nothing. No one would do such things. Civilization has climbed above such perils. The interdependence of nations in trade and traffic, the sense of public law, the Hague Convention, liberal principles, the Labour Party, high finance, Christian charity, common sense have rendered such nightmares impossible. Are you quite sure? It would be a pity to be wrong. Such a mistake could only be made once—once for all.

If the world remembered Churchill’s warning, our leaders today wouldn’t repeat what was arguably the greatest mistake in all history.

“Germany had a history of striking down nations with little or no warning before World War i! Churchill knew its history,” wrote Trumpet editor in chief Gerald Flurry.

But rather than learning from history, we have repeated the causes that bring war and suffering. We assume that if another world war were to happen, we could continue just as we have in the past.

But what if we are wrong? It would be a mistake that “could only be made once.”

Eighty years on from the start of World War ii, we still haven’t eliminated the possibility of yet another, even more devastating war. Another world war in today’s age has the potential to destroy mankind. Notice what Jesus Christ prophesied about our age: “For then shall be great tribulation, such as was not since the beginning of the world to this time, no, nor ever shall be. And except those days should be shortened, there should no flesh be saved: but for the elect’s sake those days shall be shortened” (Matthew 24:21-22).

The Bible does indeed prophesy of our time today and gives a striking warning that World War iii is looming. As Trumpet editor in chief Gerald Flurry explains in Winston S. Churchill: The Watchman, a prophecy in Ezekiel 33 shows that God used Churchill to warn the world about Germany. After much pleading, the people accepted Churchill and set him as their “watchman.”

Churchill’s warning was one of great urgency because no one knew when Germany would strike again. If we are to escape the coming suffering, then we must have the same urgency and attentively watch world events: “Watch therefore: for ye know not what hour your Lord doth come” (Matthew 24:42). World events are leading directly to the return of Jesus Christ!

Ezekiel 33:7 shows that God has appointed another man as His watchman just prior to this prophesied crisis of crises. Although only a few people will heed God’s warning before the crisis hits, the message is even more urgent and personal.

Request your free copy of Winston S. Churchill: The Watchman to learn why Churchill’s warning is more urgent then ever. Mr. Flurry also explains, in detail, the prophecies that relate to yet another surprise attack from Germany and how we can fulfill our individual responsibility today.