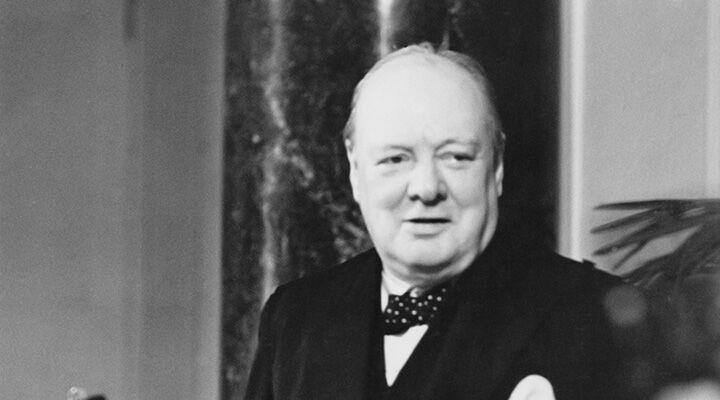 From The May 1999 Philadelphia Trumpet
View Issue FREE Subscription

I hope you will read my related article on Kosovo in this issue of the Trumpet (page 6). I believe it to be extremely important.

The biblical name for Germany is Assyria, which we have proven for many years. Germany is the only nation ever to repent when God sent a prophet (Jonah) to warn them. They are the only example of hope for the nations of this world to escape a nuclear disaster! I certainly am not anti-German. We have some deeply converted German members in our Church. However, we also need to keep ourselves based in reality.

Just a few years ago, a German training center was established at the Holloman Air Force Base in Alamogordo, New Mexico. This facility will eventually have 42 Tornado fighter planes and 24 F-4 Phantom jet fighters.

Are we so vain that we have failed to learn from the history of our forefathers? Have our leaders become so proud that they fail to learn from the precious lessons of history? Have we forgotten that Germany plunged this planet into two world wars which killed between 60 and 70 million people?

Even before World War I, Winston Churchill was trying to get his fellow countrymen to see the danger in trusting Germany. Here is a quote from Churchill’s book about World War I, titled World Crisis (emphasis mine): “They sound so very cautious and correct, these deadly words. Soft, quiet voices purring, courteous, grave, exactly measured phrases in large, peaceful rooms. But with less warning cannons had opened fire and nations had been struck down by this same Germany…. It is too foolish, too fantastic to be thought of in the 20th century. Or is it fire and murder leaping out of the darkness at our throats, torpedoes ripping the bellies of half-awakened ships, a sunrise on a vanished naval supremacy, and an island well-guarded hitherto, at last defenseless? No, it is nothing. No one would do such things. Civilization has climbed above such perils. The interdependence of nations in trade and traffic, the sense of public law, the Hague Convention, Liberal principles, the Labor Party, high finance, Christian charity, common sense have rendered such nightmares impossible. Are you quite sure? It would be a pity to be wrong. Such a mistake could only be made once—once for all.”

Are we too civilized for such a tragedy today?

And what if our gamble with Germany today is dead wrong? As Churchill said, it is a mistake you make only once! All Americans will pay the deadly price! It gives us the potential to be attacked from within.

Germany had a history of striking down nations with little or no warning before World War I! Churchill knew their history. “The wars of Frederick and of Bismarck had shown with what extraordinary rapidity and suddenness the Prussian nation was accustomed to fall upon its enemy…. Obviously, therefore, the danger of a ‘bolt from the blue’ was by no means fantastic” (ibid., p. 97).

The Germans had a history before World War I of attacking enemies with “rapidity and suddenness”—like a “bolt from the blue”! What if Germany becomes our enemy? What if they never really were a loyal friend?

What if they were to attack the U.S. when we thought they were an ally? Could Alamogordo be our trojan horse?

“The Air Staff,” Martin Gilbert continued, “fully share Mr. Churchill’s apprehensions as regards German ability to spring a surprise on their enemy on the outbreak of war by some unexpected maneuver.”

Hitler said before World War II that if war came, “I should fall upon my enemy suddenly, like lightning striking out of the night”! The problem is most people didn’t believe him, even after he made the statement! Have we learned anything from history?

Here is what President Franklin Roosevelt and Winston Churchill said in February 1945, in a signed document about American-British policy on Germany. It was a strong warning for the future. They said (emphasis mine): “It is our inflexible purpose to destroy German militarism and Nazism and to ensure Germany will never again be able to disturb the peace of the world. We are determined to disarm and disband all German Armed Forces, break up for all time the German General Staff that has repeatedly contrived the resurgence of German militarism, remove or destroy all German military equipment, eliminate or control all German industry that could be used for military production. It is not our purpose to destroy the people of Germany, but only when Nazism and militarism have been extirpated will there be hope for a decent life for Germans and a place for them in the community of nations.”

When the West (headed by the United States) started rebuilding Germany, even Konrad Adenauer, the German leader after World War II, said rebuilding Germany was “taking a calculated risk.” He knew his own people. He knew Nazism was not dead.

These men knew Germany had “repeatedly” disturbed the world’s peace! Konrad Adenauer knew it was a “calculated risk” to even rebuild Germany!

Is there no risk in America allowing the Germans to establish a sophisticated military base in our land? History thunders a warning to our leaders!

“When the situation was manageable it was neglected,” Churchill stated, “and now that it is thoroughly out of hand we apply too late the remedies which then might have effected a cure.

“There is nothing new in the story. It is as old as the sibylline books. It falls into that long, dismal catalogue of the fruitlessness of experience and the confirmed unteachability of mankind. Want of foresight, unwillingness to act when action would be simple and effective, lack of clear thinking, confusion of counsel until the emergency comes, until self-preservation strikes its jarring gong—these are the features which constitute the endless repetition of history.”

Bernard Connolly wrote in his 1995 book, The Rotten Heart of Europe, that France was trying to “hold the old demons of Germany’s character in check.”

In October 1995, Margaret Thatcher, former prime minister of England, made some astounding statements concerning the new Germany. She said allowing Germany to reunify was a big mistake for which all of Europe is now paying. “Germany is very powerful now,” she said. “Her national character is to dominate.” She accused Germany of using its new economic clout to control European policies and institutions. “You have not anchored Germany to Europe,” she concluded, “you have anchored Europe to a newly dominant, unified Germany. In the end, my friends, you’ll find it will not work.”

Do our leaders even listen to these disturbing statements from people of great stature? Are we blind to what is happening on the world scene? William Shirer, author of The Rise and Fall of the Third Reich, during an address in Seattle on April 12, 1961, said: “The vast majority in a poll taken in Germany said that Nazism was a good idea, only badly carried out.”

Why did they think it was badly carried out? Their response was that “it lost the war for us.” If they had won the war, they would have thought Nazism was a grand idea! Shirer continued, “The memory of Hitler is far from bad and far from dead.”

Do our leaders today really understand the history of Germany? Are our leaders and people unteachable?

America supplied the armaments to defeat Germany in two world wars. Powerful German leaders are keenly aware of this fact. The Nazi underground has stated publicly that America would be their number-one target in the next war.

They believe that they are destined to rule the world. When the Nazis saw World War II was lost, they began planning for World War III.

Here is what Herbert W. Armstrong wrote in 1952: “The United States is determined, now, to let nothing stand in the way of building up a re-armed, independent Germany. This will be the heart and core of the united Europe that will revive the Roman Empire” (Plain Truth, June 1952).

He also made such statements immediately after World War II, when Germany was in a heap of rubble. The experts and authorities at that time said Germany would never rise again. How could Mr. Armstrong have known that Germany would again rise in great power? He understood and believed Bible prophecy.

The Bible gets very specific. Ezekiel is an end-time book to warn Israel. God specifically prophesies that He is going to “raise up your lovers against you” (Ezek. 23:22). And who would our lovers be? Certainly, the nation that is the first to ever establish a permanent military base on our soil!

From The May 1999 Philadelphia Trumpet
View Issue FREE Subscription
Next