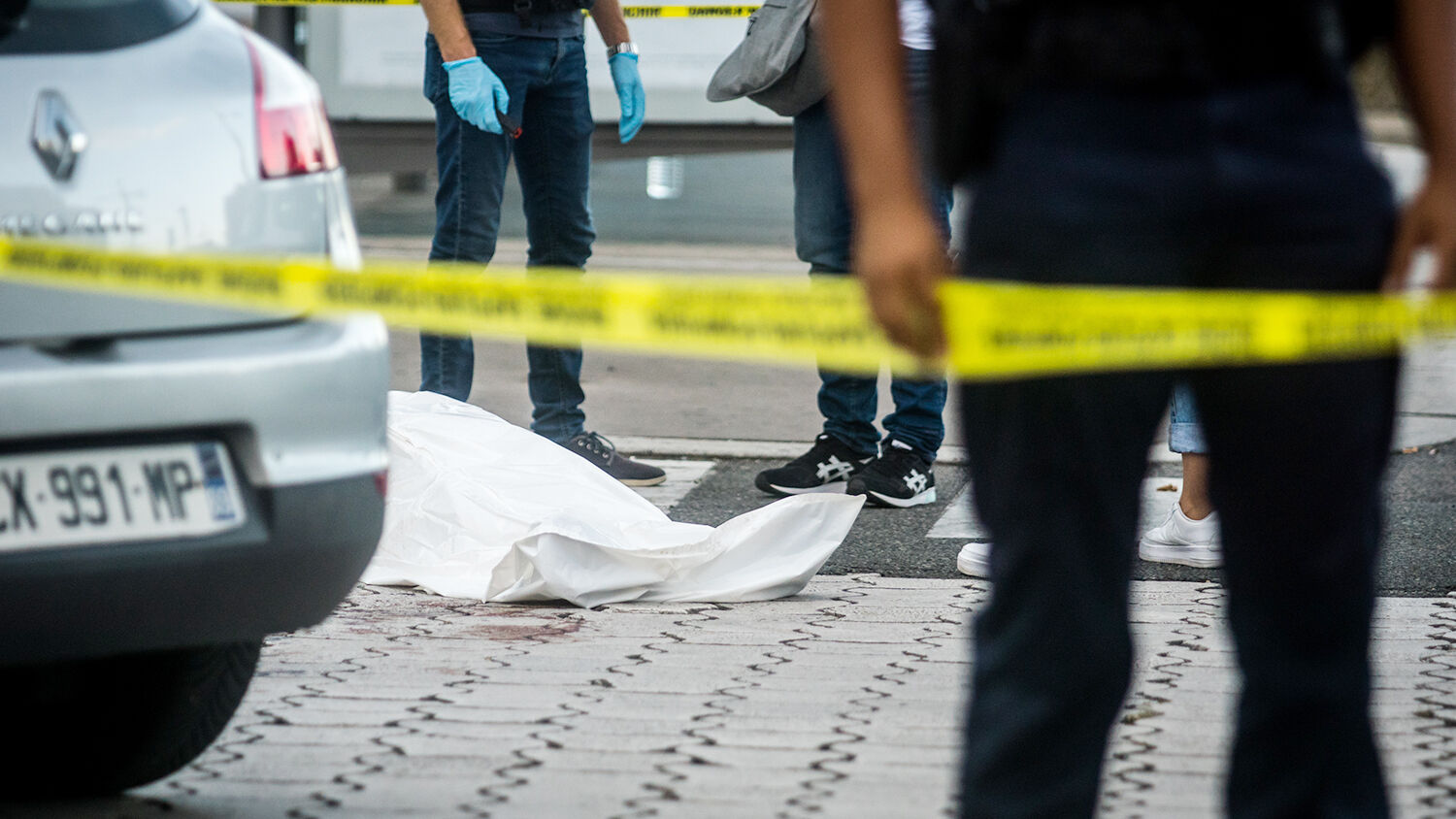 A knife attack in Villeurbanne near Lyon, France, on August 31 kills at least one person and wounds several others .
Nicolas Liponne/NurPhoto via Getty Images

As outrage toward foreigners grows, will France take action?

An Afghan refugee stabbed nine people, killing one, in Lyon, France, on August 31. His actions have added to the debate raging in French society about immigration and the prevention of terrorism.

Details of the perpetrator’s background remain unclear, but authorities have confirmed that he was a Muslim migrant from Afghanistan who had lived in four different European countries since 2009. He possessed two identity cards and three different dates of birth.

He claimed during interviews with police that he heard voices telling him that God was insulted and ordering him to kill. Investigators found that he had heavily consumed cannabis before the attack.

Witnesses standing at the bus stop described that the killer was “expressionless” as he stabbed his victims. Bystanders eventually cornered him and made him drop his weapons.

French President Emmanuel Macron has largely been silent regarding the attack. French media focused on the fact that he heard voices, called him “unbalanced” clinically, and ignored the fact he is Muslim. Headlines mentioned only in passing that terrorism had been ruled out. But large segments of French society are not as willing to erase the link between the killer’s religion and his actions.

In the minds of many French, the attack is a result of radical Islam and uncontrolled migration.

Following the attack, Marine Le Pen, a member of the French parliament, criticized “the laxity of the migration policy.” French conservative magazine Valeurs Actuelles pointed out that each year, France grants asylum to more than 250,000 migrants, roughly the population of Bordeaux. This influx includes those who will willingly commit acts of violence.

Does the fact that the attacker did not shout an Islamic slogan before beginning his rampage mean that this atrocity is nothing more than a case for the mental asylum? For many horrified French, the fact that the suspect is a Muslim migrant from Afghanistan is enough reason to oppose mass migration.

What happened in Lyon is a tragedy. It’s another entry in a growing list of fatal attacks perpetrated by the forces of radical Islam.

France is a nation in crisis. Its government is cracking down on freedom of assembly with new, more restrictive and vague laws. At the same time, its people are facing the results of an influx of refugees. Some migrants are indeed hard-working and grateful to escape war. But some are drug addicts. Some have negative views of Western nations, and some are radical Islamists. This is a reality that cannot be ignored much longer. The prospect of even more migrants flooding into Europe is coming closer to reality.

How will France—and Europe at large—respond to the increasing threat of terrorism on European soil?

Though French law currently mandates the separation of church and state, that separation is soon to disappear in order to counter the threat of radical Islamic terrorism. That is a fact forecast in your Bible.

“The Bible says we are about to see a religious clash that will stagger the world!” writes Trumpet editor in chief Gerald Flurry in The King of the South.

That prophecy is found in Daniel 11: “And at the time of the end shall the king of the south push at him: and the king of the north shall come against him like a whirlwind, with chariots, and with horsemen, and with many ships; and he shall enter into the countries, and shall overflow and pass over” (verse 40).

“Iran will undoubtedly lead the king of the south,” writes Mr. Flurry. “This power will be comprised of the radical Islamic movement. Iran is working fiercely to lead this radically militant religion.”

Iran is going to push at a united, German-led Europe. How? Through acts of terrorism, which destabilize European society. These attacks make people ask questions about the compatibility of Christianity and Islam.

Bible prophecy shows that Iran will clash with 10 briefly unified, European nations guided by a powerful church (Revelation 17:3). This describes the final resurrection of the fearsome Holy Roman Empire, the combination of church and state known throughout history for its world-ruling ambitions.

Radical Islam cannot coexist with a Catholic-dominated Europe, led by the pope, which your Bible says is coming. Soon the entire world will see this prophesied “clash” play out in a more deadly way than ever before.

Pope John Paul ii exhorted Europeans in 1981 to “find yourself again. Be yourself. Discover your origins, revive your roots. Return to those authentic values which made your history a glorious one and your presence so beneficent in the other continents” (emphasis added).

Those “authentic values” do not include the tolerant, multicultural approach to society embraced in France today. As the Bible said it would, a return to the old values gets closer with each act of terror.

If you are concerned about how radical Islam is leading Europe to look to its violent past, request our free book The Holy Roman Empire in Prophecy.