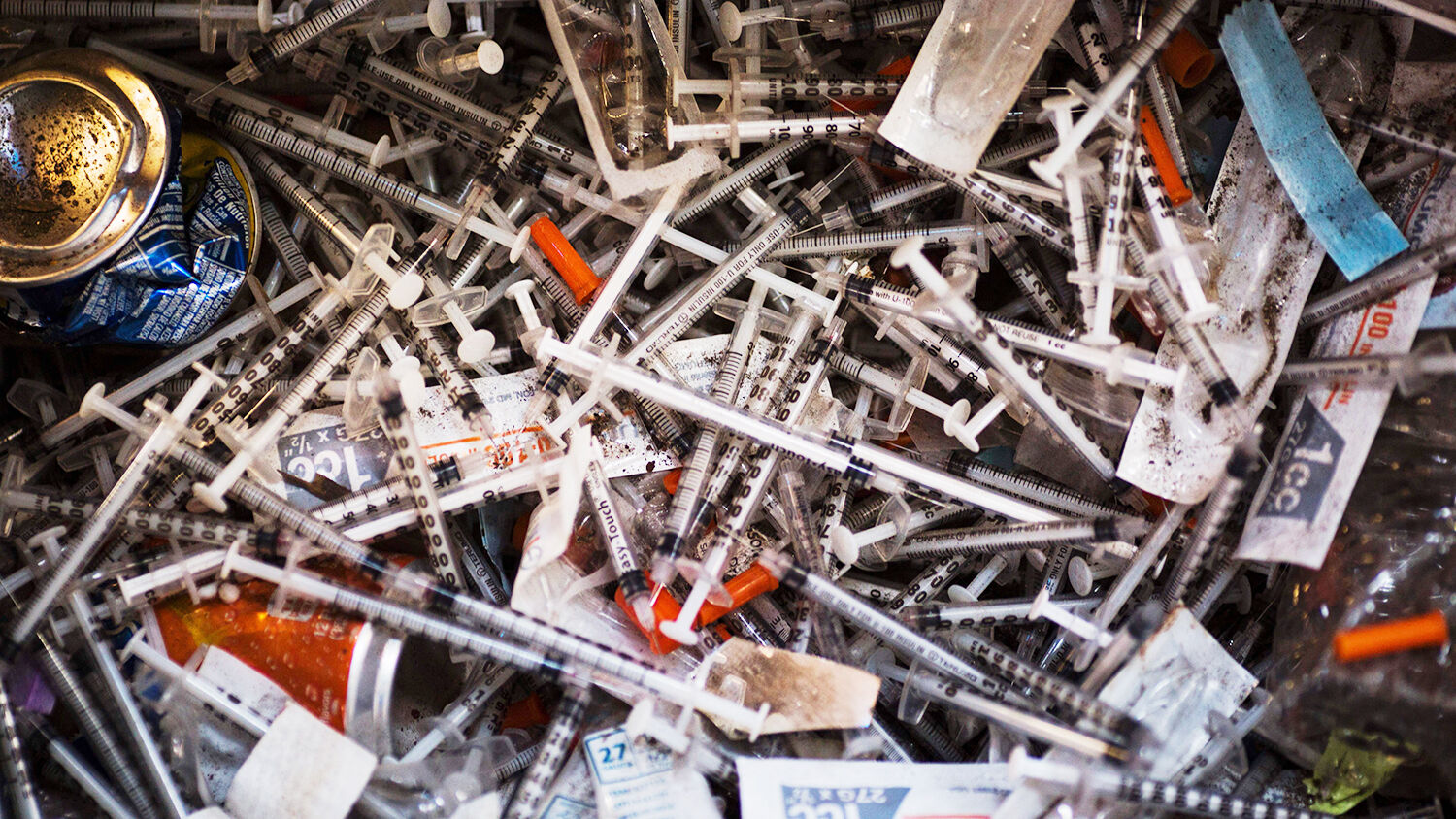 Discarded needles at a heroin encampment in the Kensington neighborhood of Philadelphia, Pennsylvania
DOMINICK REUTER/AFP/Getty Images

Is there a difference between pleasure and happiness?

America is addicted to drugs. The opioid crisis has been much publicized, but the problem goes beyond just opioids. A report published on August 20 by rand Corp. shows that in 2016 American citizens spent more than $150 billion on illegal drugs, including heroin, cocaine, marijuana and methamphetamines. If America’s illegal drug industry were a publicly traded company, it would be in the top 40 most valuable companies in the world. The nation is losing its war on drugs.

The latest report by rand shows that from 2006 to 2016, marijuana spending surged by $10 billion to $52 billion. The marijuana market is now as big as the cocaine and methamphetamine markets combined. Its growth is not slowing down, nor is it solving the problem of replacing opioids as pain medication.

Abuse of methamphetamines is also rising. Meth sales swelled by about $5 billion to an estimated $23 billion from 2006 to 2016. The rand report surmised that in 2016 there were 3.2 million chronic meth users, compared to 2.2 million just a decade earlier. Greg Midgette, an assistant professor of criminology and criminal justice at the University of Maryland, said that the escalating meth crisis would be receiving far more attention were it not for another even more alarming epidemic: “Statistically, if the opioid crisis didn’t exist, we’d be very concerned about methamphetamine; we would have been two years ago.”

According to the U.S. Substance Abuse and Mental Health Services Administration, the abuse of cocaine has now surpassed the misuse of nonmedical opioids. Cocaine was thought to be on the way out, but the recent spike in consumption is a cause for concern.

Cocaine consumption fell precipitously from 2006 to 2010, but this decline slowed by 2015. Results suggest there were 2.4 million individuals who used cocaine on four or more days in the past month in 2015 and 2016. pic.twitter.com/K4BVXHwuqf

Unsurprisingly, the rising levels of drug abuse are causing a surge in drug deaths. According to the Centers for Disease Control and Prevention (cdc), in 2017, about 25,000 people died from cocaine and methamphetamine overdoses, and 15,000 died from heroin. But the number of deaths is rising by the year. According to the cdc, over 68,000 people died from drug overdoses in 2018; opioids were involved in over two thirds of those.

The truly worrying fact is that the efforts of America’s much-vaunted “war on drugs” have barely made a difference. Despite spending more than $2.5 trillion in the decades since the Nixon administration declared that war, drug abuse and overdose rates are at unprecedented levels, and there seems to be no end in sight.

America’s drug addiction doesn’t discriminate against race, age or income. The numbers are rising in every demographic. Most experts recognize that this a serious problem. And although officials are making efforts to stop it, all are proving futile.

Drug addiction is a complex, multifaceted issue with a myriad of causes. But one of its main causes is how saturated society is with pleasure-oriented activities. It is actually biochemical in nature, boiling down to two hormones: dopamine (the feel-good, pleasure hormone) and serotonin (the happiness hormone).

Exercising, eating healthy, and having physical social interaction release serotonin, which our neurons can never get enough of. However, activities such as eating too much sugar, social media indulgence, watching pornography, and using drugs release dopamine, which, when excessively released, desensitizes and kills our neurons.

Through relentlessly seeking dopamine hits, serotonin is consequently neglected. When we have below normal serotonin levels, we suffer from depression. According to Dr. Robert Lustig, professor of Pediatrics in the Division of Endocrinology at the University of California, depression and addiction are two sides of the same coin. He wrote, “[P]leasure and happiness are not the same thing.” In a quest for happiness, America is increasingly seeking temporary pleasures. The more sinful pleasure a person seeks, the unhappier he becomes. This unhappiness often leads to addiction or depression, and a vicious—often inescapable—cycle sets in.

Bible prophecy foretold this fatal pursuit of pleasure thousands of years ago. 2 Timothy 3 prophesies of what shall be taking place “in the last days,” which is the time we are living in now. This prescient chapter says that in this era just before the return of Jesus Christ, “men shall be … lovers of pleasures more than lovers of God” (verses 1, 4). This is exactly what American society is like today. And it is enslaving staggering numbers of people.

Trumpet editor in chief Gerald Flurry writes in his booklet No Freedom Without Law (request your free copy today):

Many people would consider it freedom to destroy their lives with deadly drugs. That is not freedom! Instead they have become totally enslaved to drugs! For many years we have declared a war on drugs in America. What has been the result? Look at the facts and we must concede that we have lost that war! America is overcome by its drug problem. And “whatever overcomes a man [or a nation], to that he is enslaved.”

America has not only lost the war on drugs, but it has been enslaved to its addictions. The only thing that can set us free from this slavery is God’s truth (John 8:32). America needs to turn away from its sins and, instead, turn to God and true Christianity. Mr. Flurry continues, “If you’re going to be a Christian, you must follow Christ. Christ lived His life in perfect subjection to the law of God. He resisted the pulls of His flesh rather than being overcome by them! We need to be like Christ—free of human nature!”

True freedom will not come from drugs, pornography or anything society has to offer. The only source of true freedom is God’s perfect, holy and righteous law.

To find out more about the source of true freedom, read Mr. Flurry’s free booklet No Freedom Without Law.