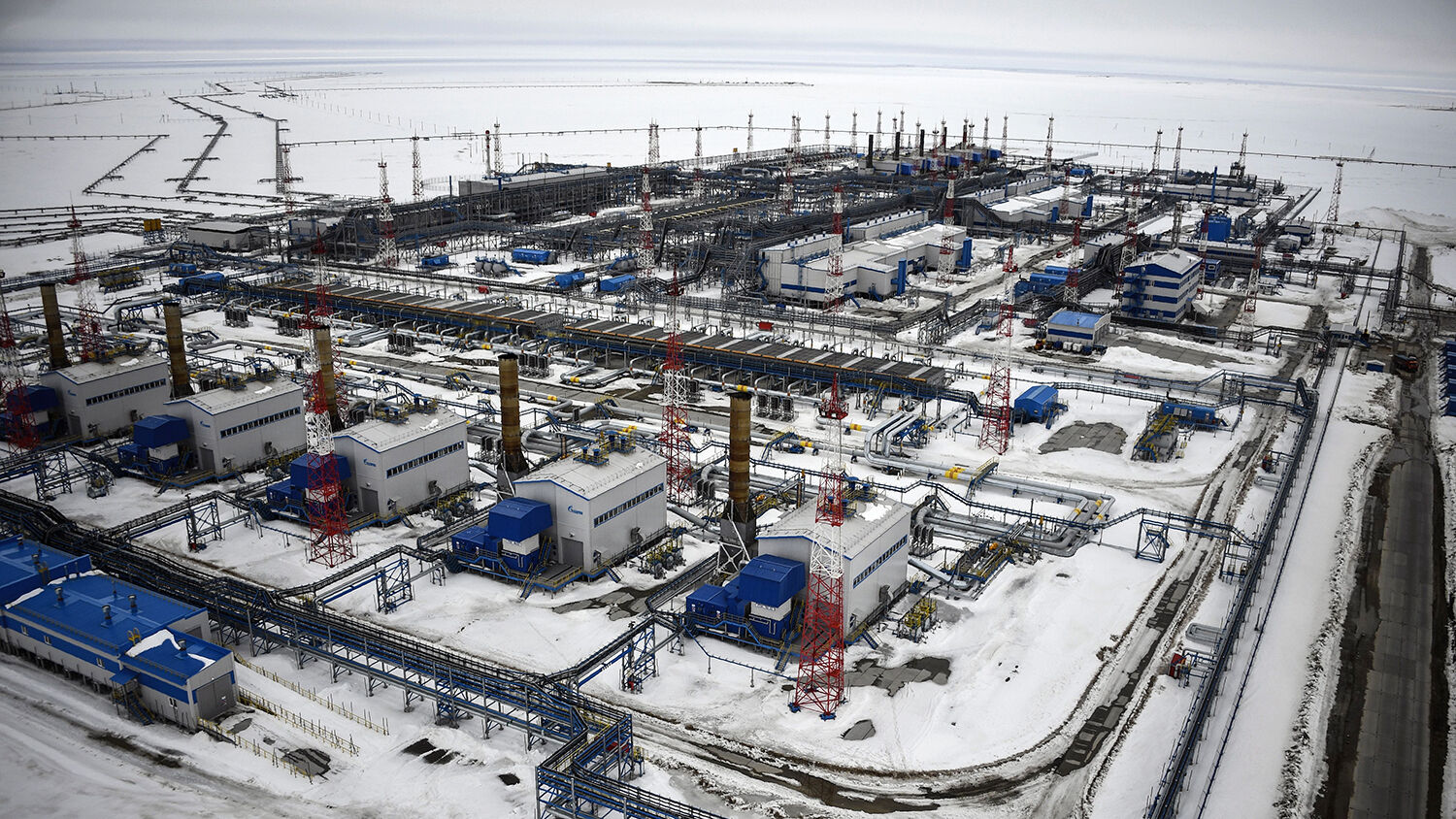 The world is preparing for global conflict, and Germany seeks to secure its staying power.

The German industrial powerhouse is dependent on imports. Controlling access to resources is not only crucial in sustaining economic strength but also in military preparedness. As Germany increasingly views its trading partners as potential enemies, it is casting its eyes on the world’s untapped resources. Its quest for rare earth minerals is taking the country to Earth’s ends. In doing so, it is preparing for worldwide conflict.

Germany’s Academy for Security Policy warned that the country’s economy and military security are at risk due to its dependence on China. “The People’s Republic of China is the world’s largest producer of rare earths, which poses a significant threat to the West’s security of supply,” Jakob Kullik noted in the academy’s Security Policy Working Paper No. 13-2019.

China accounts for close to 80% of the world’s annual production of rare earth metals and is allegedly preparing to curb the export of these important materials to the U.S. as a bargaining chip in the ongoing trade war. https://t.co/bdta1KkOLD pic.twitter.com/lA0cC0yIku

For more than a decade, the European Union and the United States have relied on China for the supply of rare earth minerals. During times of peace, this trade relationship has proved more lucrative than alternatives. But in times of conflict, Western security is at the mercy of Chinese benevolence. More and more European leaders question that benevolence and are exploiting ways to gain greater autonomy. Germany, in particular, is setting its sight on the ends of the Earth to ensure resources for its war machine.

Rare earth minerals are essential for most high-tech equipment. Screens, smartphones, computer chips and most military technology rely on 17 strategically critical metals. At the moment, China is the leading supplier of these highly demanded goods.

Rare earths “are of strategic importance for the functionality of modern and increasingly interconnected high-tech armed forces,” the Academy for Security Policy noted. “The more modern and technologically sophisticated military equipment becomes, the more diverse the applications and therefore the use of rare earths will be for the armed forces of the future. … Currently, nato is almost 100 percent dependent on rare earths imports from China. … For this reason, it is essential to take a closer look at the Chinese monopoly, potential alternative suppliers, and related supply risks.”

“Search is on to secure supplies of critical metals that China dominates,” the Financial Times reported on August 19. U.S. President Donald Trump’s quest to buy Greenland was, to a great extent, motivated by an attempt to secure access to rare earth materials. America’s dependence on rare earths gives China great political leverage.

US enticed by Greenland’s rare earth resources https://t.co/fdcBHOrNkM via @financialtimes

Going to the Ends of the Earth

Germany is also seeking to secure access to new sources and suppliers. The industrial group ThyssenKrupp announced on August 12 that it reached a long-term agreement with Australia’s Northern Minerals Limited, one of the few suppliers of rare earths outside of China.

German-Foreign-Policy.com noted in “Breaking the Monopoly,” “[S]ince 2017, a consortium of eight German academic institutions and companies, headed by the state-owned Fraunhofer Society, has been engaged in the extraction and processing of rare earths in Brazil.” The declared objective is to make South America “Germany’s strategic supplier of rare earths,” the Rare Earth Global Industry and New Application Project noted.

In its quest for resources, Germany is also looking to the Arctic. The North Polar Territory is believed to hold 20 to 30 percent of previously undiscovered natural gas and oil reserves. Due to ice melt and improved technology, more of these resources have become accessible. So far, Russia has been the greatest benefactor of this development and will likely continue to be so, as Trumpet contributor Jeremiah Jacques explains in “The Battle for the Arctic.”

Besides rare earth minerals, Germany relies on gas and oil imports from Russia and the Middle East. Here, too, Germany is seeking greater autonomy.

Russia’s skills in the Arctic are “indispensable” for future safe navigation, according to Germany’s Defense Ministry, warning that these skills could also be used in a “noncooperative manner.” Following a panel discussion with the Arctic Dialogue, the Ministry of Defense noted on June 29, 2018 (Trumpet translation throughout):

Germany’s interest in the Arctic is also great: Although the federal republic is not a neighbor of the North Polar Region, the country covers most of its oil and gas needs from sources in the Arctic states of Norway and Russia. German shipping companies own the world’s fourth-largest trading and container ship fleet; new sea routes would be a significant factor in Germany’s foreign trade.

Germany, in an aim not to rely on Russia, is seeking ways to gain access itself.

Germany’s desire for greater independence is visible in its pursuit to form a trade agreement with Latin America, its exploration of the Arctic, its inroads into Africa, and its military presence in the Middle East. (You can learn more about Germany’s pursuit of strategic resources and where it finds them in our infographic “Resource Rich.”)

So far Germany is still trading with China and even building a gas pipeline with Russia. But the fact that it is, at the same time, also exploiting its alternatives shows that Germany is thinking long term and anticipating conflict. Under the subhead “Prepared for War,” German-Foreign-Policy.com noted:

All the projected German anti-Chinese threat scenarios do not mention the fact that breaking dependence on the import of resources is only really relevant, if the intention is to escalate conflicts with the supplier countries and possibly wage war against them. It is not for nothing that the efforts for self-sufficiency and “security against blockades” had been so important, for example, to the Nazi regime.

German-Foreign-Policy.com’s independent journalists and social scientists use history to warn against Germany as a reemerging power. History certainly provides a wonderful warning. But there is an even more striking warning than that given by history.

Bible prophecy explicitly reveals that Germany is preparing to start another world war. “The beast that thou sawest was, and is not; and shall ascend out of the bottomless pit, and go into perdition: and they that dwell on the earth shall wonder, whose names were not written in the book of life from the foundation of the world, when they behold the beast that was, and is not, and yet is” (Revelation 17:8). This verse is talking about a great empire (or beast) that has risen through the centuries. That great empire is the Holy Roman Empire, an evil church-state combine that has afflicted the world six separate times—the most recent being that of Adolf Hitler and his Third Reich. God prophesied that there would be a total of seven of these resurrections (verse 10). (To fully understand this empire and its repeated resurrections, request your free copy of Germany and the Holy Roman Empire.)

This empire, or beast, will rise out of the “bottomless pit” one more time. A united European empire, led by Germany, will afflict the world, bringing World War iii.

“Bible prophecy indicates that the Germans have learned from their mistakes and have devised a strategy to win the next world war,” Trumpet contributor Andrew Miller wrote in “How Germany Plans to Win World War III.” This plan to win the third round undoubtedly includes its pursuit for resources. Just after World War ii ended, the late Herbert W. Armstrong warned on his World Tomorrow radio program that Germany has a plan to reemerge even more powerfully. He said:

Germany’s next quest for world dominion will have devastating consequences for both the U.S. and Britain. These two nations have a history with God, as Mr. Armstrong explained in The United States and Britain in Prophecy (free upon request). But because they have forsaken God, they have lost His divine protection. What’s more, God is punishing them for their sins.

But as much as Germany has a plan to win World War iii, God has a greater plan to save mankind from Germany’s destructiveness. Although Germany’s rise foretells a bleak future, there is great hope in God’s ultimate plan for mankind. Read “Learn the Lesson of the ‘Great Multitude,’” by Trumpet editor in chief Gerald Flurry to learn how you can have a part in God’s wonderful plan today.