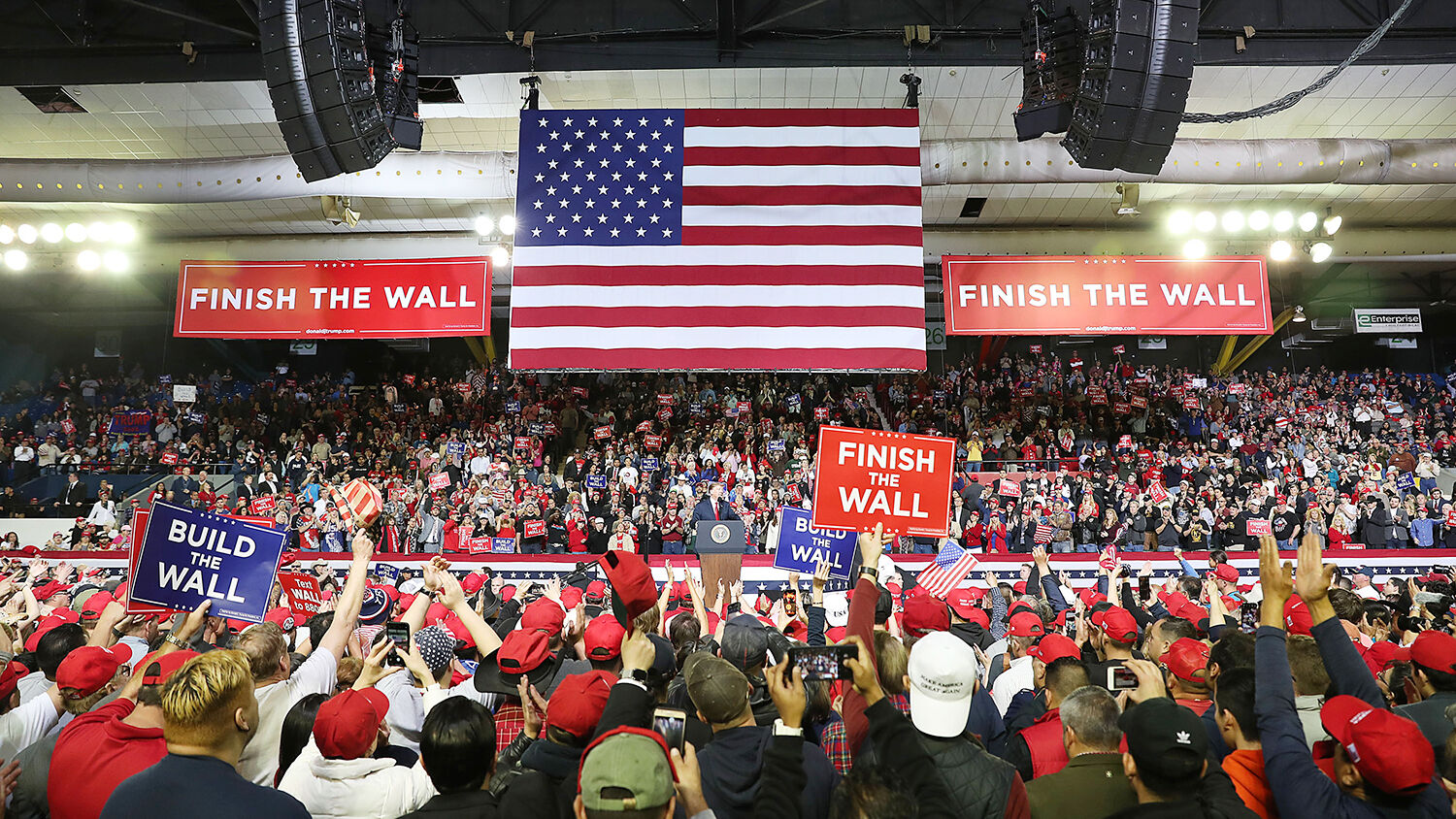 A federal judge is trying to stop the president from using emergency powers to build a border wall.

United States President Donald Trump’s signature campaign promise was that he would build a wall along the southern border to protect Americans from out-of-control illegal immigration. Many political analysts think this campaign promise was the key issue that catapulted Mr. Trump to victory in the 2016 election. Yet many judges, politicians and civil servants insist that his efforts to build a wall are against the law. Since the rule of law is a centerpiece of any free society, it is vital to understand whether these accusations are correct.

President Trump issued an executive order on Jan. 25, 2017, calling for the construction of “a physical wall along the southern border.” Congress approved only $1.6 billion in funding for the project. The president then declared a “national emergency” on the border with Mexico on Feb. 15, 2019, so he could use $2.5 billion in military funding to start building a border wall. A federal judge in northern California blocked the president from using these funds by declaring the effort “unlawful.” In the latest development of this unfolding legal drama, the U.S. Supreme Court has overruled an injunction from the Ninth Circuit Court and granted a stay, allowing President Trump to proceed with his plans until such time as the Supreme Court can review the matter more closely.

Despite the legal stay issued by the Supreme Court, some media outlets are already sounding the alarm about President Trump’s “lawless and unconstitutional executive action.”

I am deeply alarmed by the Supreme Court’s ruling, and I strongly disagree with the President’s efforts to take funds from the military to build an ineffective border wall. pic.twitter.com/77I4jJMKpx

Under the U.S. Constitution, Congress writes laws, the courts interpret laws, and the president enforces those laws. Executive action is to be used to enforce laws already passed by the legislature. Creating new laws using executive orders or other means, however, is the very definition of a lawless, authoritarian presidency.

President Obama, on the other hand, used executive action to overrule Congress and force his own legislative agenda on issues like environmental regulation, gun control and immigration. He famously, explicitly and repeatedly said, “If Congress won’t act, I will.” Trumpet editor in chief Gerald Flurry devotes a significant portion of his book America Under Attack to this unlawful use of executive action. He writes:

In his State of the Union address in February 2013, President Obama said this: “I urge this Congress to pursue a bipartisan, market-based solution to climate change …. But if Congress won’t act soon to protect future generations, I will. I will direct my cabinet to come up with executive actions we can take, now and in the future ….” The president is taking these types of actions with greater and greater frequency. … People’s minds are getting conditioned to executive orders—which are primarily intended to circumvent Congress and the Constitution. That is the aim. This is quickly moving us toward rule by a dictatorship or a tyranny.

President Trump certainly has problems and past moral failings (request Gerald Flurry’s free booklet Character in Crisis for information on the importance of morality among leaders). But the fact that he is trying to legally enforce the laws already on the books is a blessing. Four more years of a president like Barack Obama might have been enough for the executive branch to garner the power to completely sideline Congress and the U.S. Constitution.

Seven years before he was elected president, Mr. Obama made some shocking comments about the U.S. Constitution during a 2001 Chicago Public Radio interview. He lamented that the 1953–1969 Supreme Court led by Chief Justice Earl Warren, which was a court that exceeded its lawful powers, was not progressive enough for him. “To that extent, as radical as I think people tried to characterize the Warren court, it wasn’t that radical,” he said. “It didn’t break free from the essential constraints that were placed by the Founding Fathers in the Constitution.” He then noted that America was still suffering from the fact that civil rights leaders were unable to put together a strong enough coalition to break free of those constraints and “bring about redistributive change.”

After he was elected, Mr. Obama spent eight years appointing judges who would help him “break free from the essential constraints that were placed by the Founding Fathers in the Constitution.” The Trump administration is running into opposition from these activist judges. Haywood Stirling Gilliam Jr.—the judge who recently ruled that President Trump’s border wall was “unlawful”—is one of them. Other activist judges have tried to stop Mr. Trump’s executive order temporarily banning certain individuals from five Muslim-majority countries, as well as from North Korea and Venezuela, from entering the country. They were successful for months, but the Supreme Court finally upheld the president’s order as a legal means of upholding a 1952 federal statute empowering the president to temporarily suspend the immigration status of any noncitizen who might endanger national security.

Many powerful unelected bureaucrats, civil servants, intelligence agents and activist judges are trying to undermine the Trump administration. These “deep state” officials are like Mr. Obama in that they hate the limits that the U.S. Constitution, the supreme law of the land, puts on their power. Mr. Obama lamented that the Constitution was “a charter of negative liberties” that says “what the federal government can’t do to you” but doesn’t say what the federal government “must do on your behalf.” But God’s Ten Commandments are largely the same way. They are divine commands telling people what they must not do, giving us a tremendous amount of freedom to do things that are good and right.

Many activist judges and deep state officials may dislike President Trump personally, but what they are really targeting is the U.S. Constitution and the biblical principle that the rule of law supersedes the rule of man. The reason they have not been more successful in their campaign against the Trump administration is because God is using President Trump—despite his flaws—to temporarily restore the rule of law in America.

Mr. Flurry made this point powerfully in his article “Can President Trump Get Control of His Own Divided Government?”—pointing to a prophecy in 2 Kings 14:27. But this restoration will be brief if people do not come to value and appreciate God’s law. The Constitution is based on some important biblical principles. One of the reasons so many Americans are fine with ignoring the lawful constraints of the Constitution is because they have long been ignoring lawful constraints of the Bible.

President Trump is getting control of his divided government, but the mainstream media and the radical left are doing everything in their power to subvert traditional, lawful American governance, as they strive to create a society based on their will. Division and conflict will continue—and eventually intensify—until people come to embrace true religion.

To learn more about the prophetic significance behind why the rule of law is being temporarily restored in America, read “Can President Trump Get Control of His Own Divided Government?”