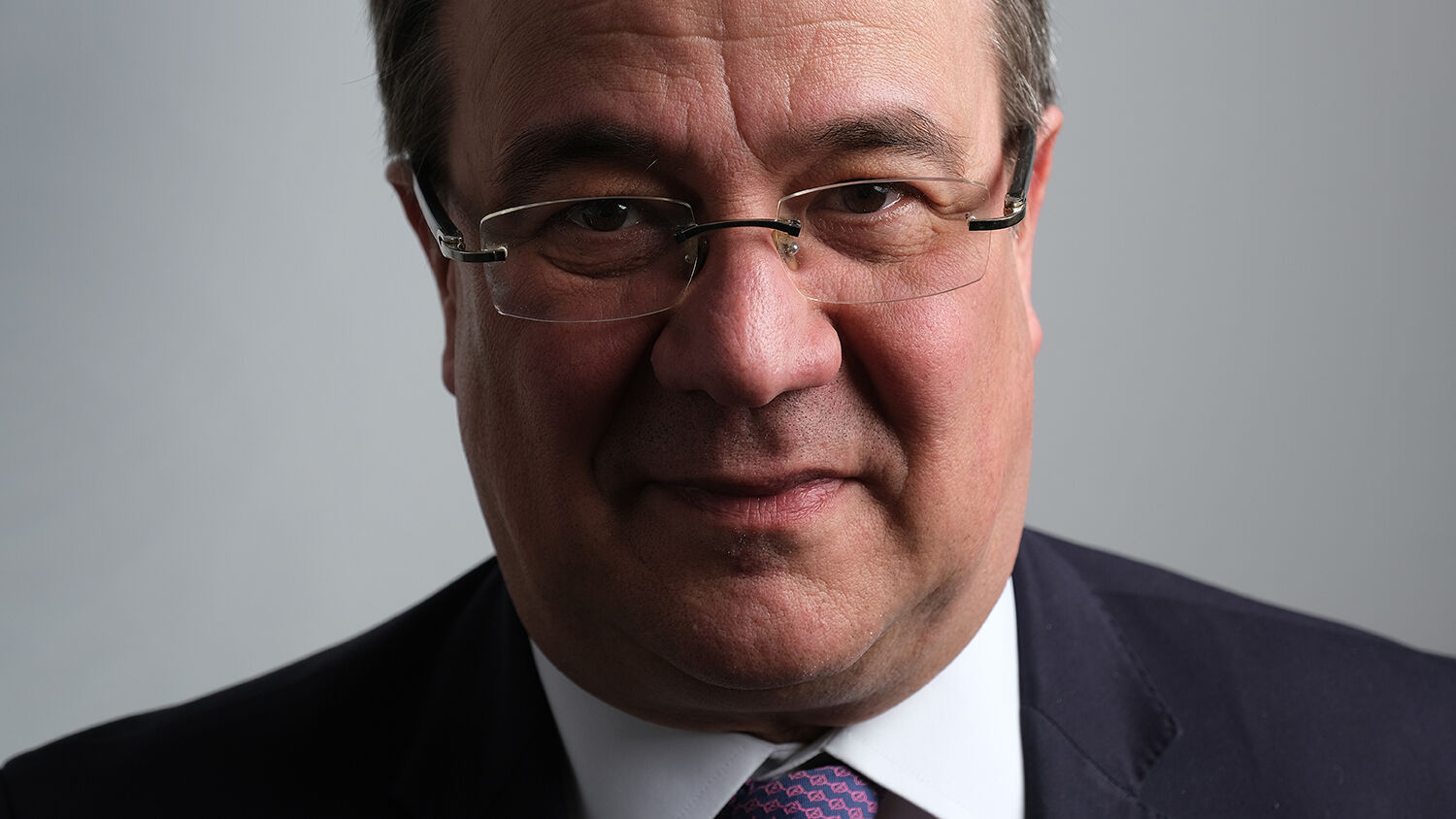 Armin Laschet, deputy co-chairman of the German Christian Democrats and governor of North Rhine-Westphalia, poses for a brief portrait prior to speaking to members of the Foreign Journalists’ Association on February 25 in Berlin, Germany.
Sean Gallup/Getty Images

Armin Laschet, the premier of Germany’s most populous state, North-Rhine Westphalia, recently devoted himself to reviving the legacy of Charlemagne and the Holy Roman Empire. The push may seem like a standard cultural project, but Charlemagne’s history shows that it has deadly implications.

As the culture of the Holy Roman Empire is being revived as a political tool, uniting nations of different backgrounds and languages, it’s imperative to remember its origin and what the Bible says about it.

Last year, Aachen Cathedral held a weeklong festival celebrating its 40th anniversary as a United Nations Educational, Scientific and Cultural Organization (unesco) World Heritage Site. The event was attended by 73,000 visitors and heavily featured the cathedral’s founder—Charlemagne. Laschet was a keynote speaker at the event.

Laschet loves European history and culture. As a staunch supporter of Charlemagne, he keeps a large sculpture of the emperor in his office. But his idolization of Charlemagne isn’t restricted to private admiration.

Since January, Laschet has served as the German-French Cultural Representative. While the form of culture that he promotes is nothing new, it hasn’t been at the forefront of European politics for centuries. In response to his appointment as culture representative, Laschet said: “In the next few years—as Europe is reorganizing itself—science, culture and education will become more important” (Trumpet translation throughout). Laschet believes that cultural exchange is at the heart of Franco-German relations. The culture that these countries share has historically enabled them to overcome their rivalries at times.

“For me,” Laschet explained in an interview with Die Welt, “historically there are two main pillars that shape our society to this day: Christianity and education.” Both of these pillars, as Laschet further explained, were established by Charlemagne. “Charlemagne attached great importance to education in Aachen Chapel. Although he was illiterate, he brought the brightest thinkers of his time from all over Europe to his court.”

Laschet continued to praise Charlemagne as a true European: “Charlemagne never thought nationalistically about one country; always about Europe as a whole. Maybe ‘transnational’ would be a better word. He sought the union of the various peoples of his empire and found this cohesiveness in Christianity. In this respect, people who now like to refer to the ‘Christian Occident’ as an argument for demarcation and nationalism should take a look at Aachen Cathedral.”

Being a Christian is culture. And this can go both ways: Christianity established culture; here in the Aachen Cathedral through worship and prayer, through pilgrimages and the very different expressions of religious activities, through music and cathedral tours, through readings of contemporary literature and through celebrations such as the awarding of the Charlemagne Prize or the Medal for Combating Deadly Seriousness [awarded during Carnival]. But it is also true that culture is a path to religion. How many people are brought into contact with religion—the Christian religion—each year by visiting this church, for the first time or after a long period of religious abstinence or after a break away from one’s own Christian past?

Europe’s culture is closely connected to Christianity as shaped by the Catholic Church. Through culture, Charlemagne spread Christianity. Through Christianity, Charlemagne united an empire. For this reason, European leaders want to spread the culture of the Holy Roman Empire again.

In the August 1978 Good News, late theologian Herbert W. Armstrong wrote: “[T]hey well know there is but one possibility of union in Europe—and that is through the Vatican.”

A church will, in fact, lead Europe again. Trumpet editor in chief Gerald Flurry explained in “A Monumental Moment in European History!”: “The church leading the Holy Roman Empire is not God’s true Church. But God does allow this church to gain control of this German-led European beast power. Expect the Catholic Church to become more vocal and for this church-state axis to become more evident.” Mr. Flurry knows that a future church-state axis is coming because Bible prophecy makes this plain.

God revealed the truth in Revelation 17 to Mr. Armstrong when Adolf Hitler, the sixth prophesied king, was on the scene. Hitler was also fascinated with Europe’s culture. Before he became dictator, he studied art. Like Charlemagne, his mind was on establishing an empire that demonstrated cultural excellence. Every time he conquered a nation, Hitler brought the most precious artifacts back to Germany.

While Laschet is currently in an influential position to revive this culture in Europe’s most powerful countries, he is also in contact with yet another influential advocate of Europe’s culture: Karl-Theodor zu Guttenberg.

In 2017, Guttenberg told a Bavarian audience in a campaign speech for his Christian Social Democratic party:

While some see Laschet as a possible chancellor candidate, we at the Trumpet believe that Guttenberg will soon lead not only Germany but all of Europe. The Bible prophesies that Europe will again rise to become an empire with a transnational leader. This empire will broadcast the culture of the Holy Roman Empire. While the Bible doesn’t reveal which specific individuals will lead this empire, we already see the stage set for the fulfillment of these key prophecies that will lead to the worst destruction this world has ever seen. But the prophecies don’t end there.

The final result of all of this will be the Second Coming of Jesus Christ (Revelation 17:14). Read the “The Holy Roman Empire Goes Public—Big Time!” by Gerald Flurry to learn more about the rise of this empire and what God has prepared for a better world to come.