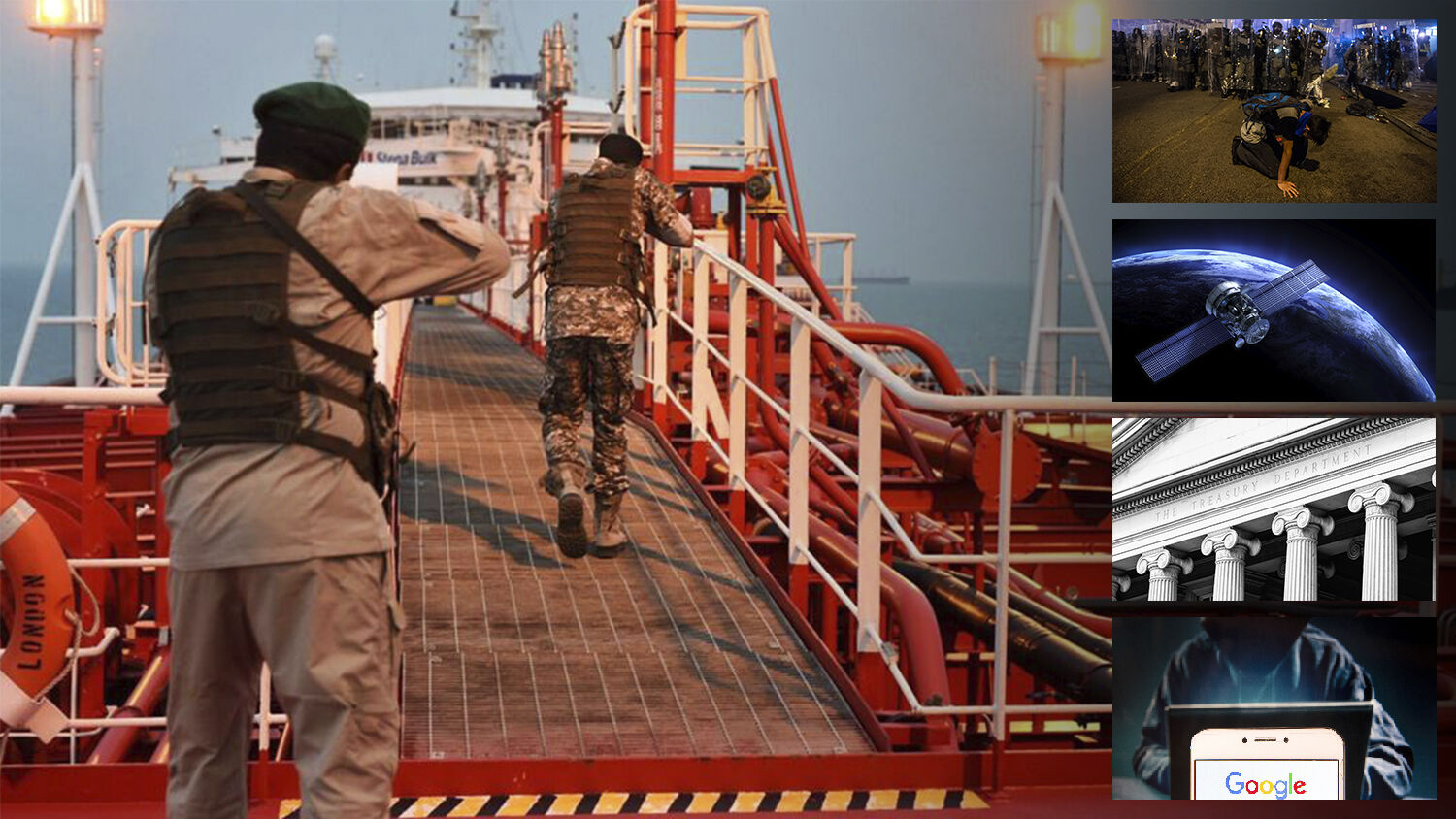 At a Senate Judiciary Committee hearing on July 17, Dr. Robert Epstein testified that Google influenced millions of votes in the 2016 elections through its manipulative search-engine techniques.

Radical leftists working for Google and other Silicon Valley companies are part of a prophecy in Daniel 8:11-12, which says that truth would be “cast down” to the ground in the end time.

U.S. Challenged in the Final Frontier

Space has been called the final frontier. The United States has been an unrivaled power in this domain, but 50 years after it landed the first man on the moon, America now has strong competition. Earth’s orbit is becoming militarized. A July 1 report released by London-based Chatham House, the Royal Institute of International Affairs, warns that the U.S. is vulnerable.

This new battlefield is beyond view of most people, but the exploitation of space will soon affect everyone.

A Europe-led maritime protection force may soon be on its way to Iran’s doorstep. British Foreign Secretary Jeremy Hunt told Parliament on Monday that the proposed European military coalition would seek to “support the safe passage of both crew and cargo” in the Persian Gulf and Strait of Hormuz.

While stressing a desire to avoid conflict, Hunt warned, “If Iran continues on this dangerous path, they must accept the price will be a larger Western military presence in the waters alongside their coastline.”

A Western military presence in the Middle East composed primarily of European forces is something that has huge prophetic significance!

United States President Donald Trump announced on July 22 the U.S.’s largest federal budget in history. It is aimed at preventing a government shutdown or a default on federal debt.

The total amount borrowed by the government in this two-year budget will top $1 trillion during this fiscal year, reaching an estimated $1.37 trillion in 2020, and continuing to increase into 2021. Overall, federal spending will increase by $320 billion.

As new highs of debt and deficit spending become normal, a vital question is under debate: Does this pose a threat to the economy?

“Hong Kong is not China.” This was the battle cry of many protesters in Hong Kong on Sunday as they entered into their seventh week of demonstrations. But the activists were met that night with a new level of violence that shows how intolerable such words are to Beijing and that indicates how these protests might end.

Hong Kong is a bellwether for what Trumpet editor in chief Gerald Flurry called the coming “catastrophic storm.” And as Beijing tightens its grip on the territory, it reveals how violent the tempest will be.

In Christ’s forecast about the raging days ahead, He said “men’s hearts” will be “failing them for fear” (Luke 21:26). But in the very next verse, He promises that the storm clouds will break up and give way to a spectacular radiance: “And then shall they see the Son of man coming in a cloud with power and great glory” (verse 27). These times of the Gentiles, the overcast outer edges of which the world is already in, transition directly to Jesus Christ’s return!

He will end the age of mankind’s tempestuous rule and usher in a new era of peaceful governance and calm skies.