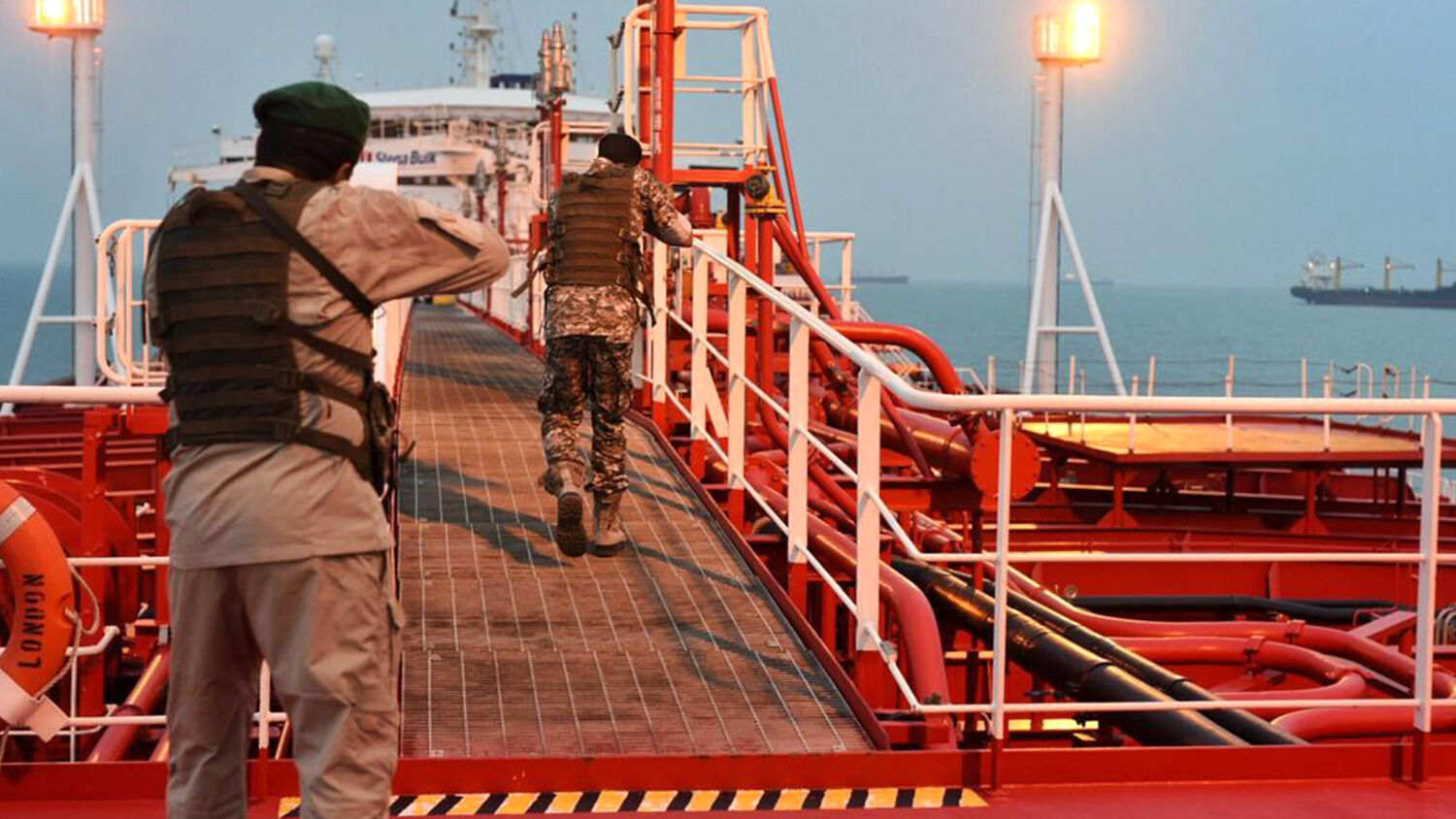 A picture from the semi-official Tasnim news agency show the Stena Impero being seized and detained between July 19 and July 21 in Bandar Abbas, Iran.
Getty Images

A storm of biblical proportions is brewing in the Persian Gulf.

A Europe-led maritime protection force may soon be on its way to Iran’s doorstep. British Foreign Secretary Jeremy Hunt told Parliament on Monday that the proposed European military coalition would seek to “support the safe passage of both crew and cargo” in the Persian Gulf and Strait of Hormuz.

According to the Associated Press, “Hunt announced precious few details of the proposed protection mission but said Britain’s European allies will play a major role in keeping shipping lanes open.”

Hunt is seeking to build this coalition quickly in light of Iran’s July 19 seizure of British oil tanker Stena Impero. While stressing a desire to avoid conflict, Hunt warned, “If Iran continues on this dangerous path, they must accept the price will be a larger Western military presence in the waters alongside their coastline.”

This is a deadly mistake.

Hunt stressed that the European effort would not be in conjunction with the U.S. policy of “maximum pressure” on the Iranian regime. This choice does more than expose the fissure in the U.S.-Britain alliance; it also highlights Britain’s ignorance of the threat posed by a German-dominated European military force in the region and its ignorance of prophecy.

The decision shows that a substantial part of Britain’s leadership favors Europe over the United States.

The Trumpet has forecast a European military buildup in the Middle East for decades, because the Prophet Daniel prophesied of a sudden and dramatic clash between two powers known as “the king of the north” and “the king of the south.” Daniel wrote that this clash would come “at the time of the end.”

In “Iran Gets a Stranglehold on the Middle East,” Mr. Flurry wrote:

Daniel 11:40 says Europe will come at Iran like a whirlwind. Gesenius’ Hebrew-Chaldee Lexicon says the Hebrew word for whirlwind is “used of the commotion of a storm or a tempest; to sweep away in a storm.” Europe is going to throw everything it has at the Iranian-led radical Muslims and utterly defeat them!

That drama all starts with a push from Iran.

Notice that it isn’t Britain or even the U.S. that responds with aggression to Iran’s push. It is Europe. That aggression is likened to a whirlwind. Look at the map below detailing German forces in the Middle East and Africa today. Although Germany’s deployments are small, they have Iran surrounded. When the time comes, Germany will mobilize the whirlwind.

The Moffat translation of Daniel 11:40 reads, “When the end arrives, the king of the south shall butt at him, but the king of the north shall storm at him like a whirlwind, with chariots and cavalry and a large fleet, invading his lands and flooding into them.”

Britain’s planned “maritime protection force” could be the start of that “large fleet.”

In “The Worst Foreign-Policy Blunder in American History,” Mr. Flurry wrote, “America may let Iran get away with acts of war because of the U.S.’s broken will, but your Bible says that Germany will not be so passive. Instead, it will attack and destroy the king of the south! Germany already has Iran surrounded.” Iran doesn’t realize it is in the eye of the storm.

“This clash is going to come between what amounts to German and Iranian will,” wrote Mr. Flurry in 2014. Since that time, these two powers have both been hard at work. Iran is rising in the heart of the Middle East, but Germany is preparing to confront it. German-led Europe is moving toward the fulfillment of Daniel 11:40. Watch for Germany and Iran to clash even more.

God told Daniel to record this prophecy for a reason. It is not only a warning to the world, it is also a message of hope. The prophecy doesn’t stop at verse 40. The clash between the king of the south and the king of the north will plunge the world into chaos.

The world is about to plunge into what God calls the Great Tribulation, the worst time of suffering in man’s history. Thankfully, this time will be cut short before mankind is made extinct (Matthew 24:21-22).

But the trigger for these events will be the clash between the king of the north and the king of the south. That is why it is so important that we see and understand Europe’s military maneuvering.

God promises protection to those who respond today. We don’t have to reap the whirlwind of the Tribulation if we repent and respond now. What terrible suffering we could avoid, and our nations could avoid, if we believed and acted on these traumatic-yet-hope-filled prophecies.