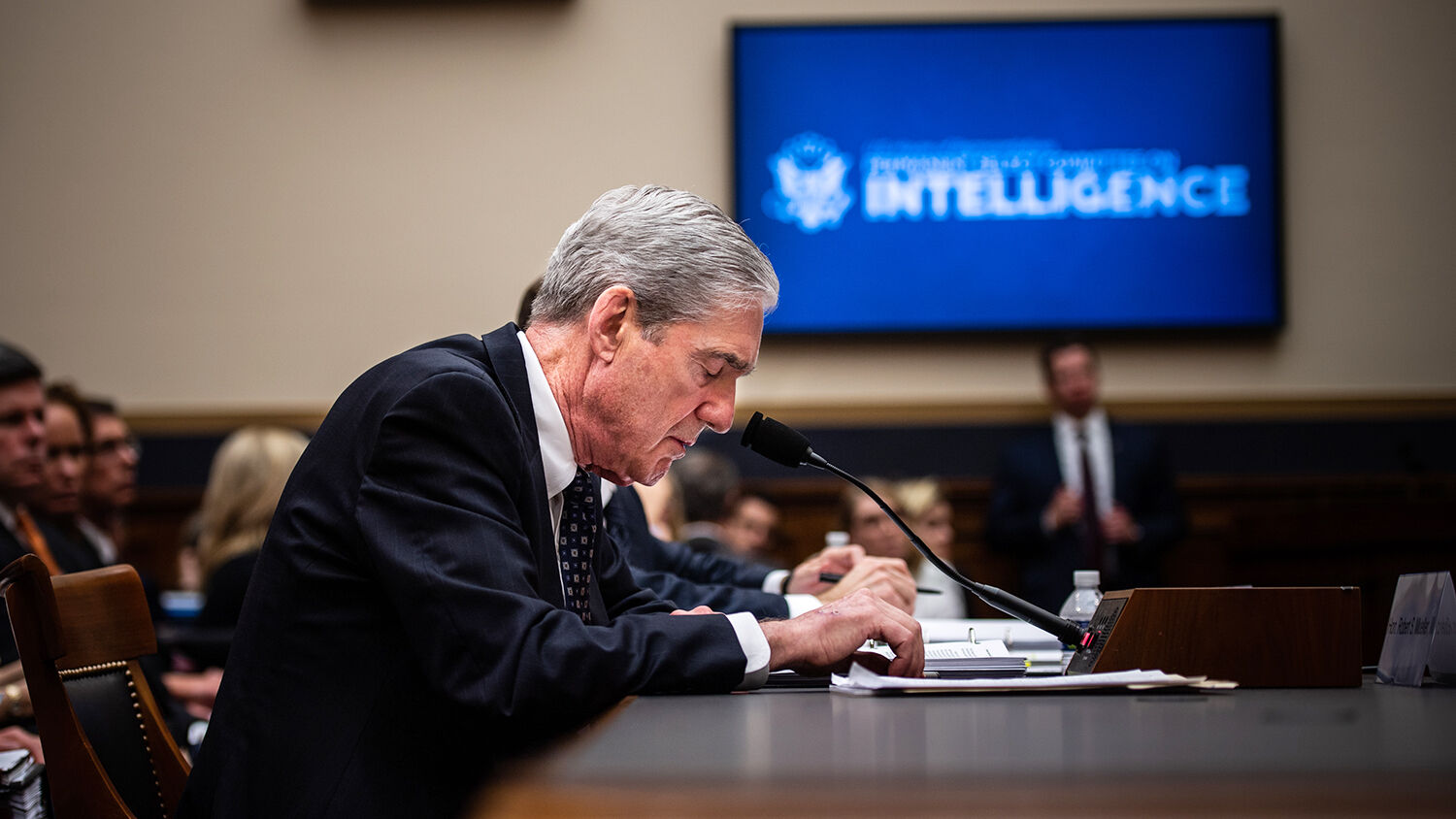 The most notable part of Robert Mueller’s testimony was what he refused to say.

Former Special Counsel Robert S. Mueller iii testified before the House Judiciary and Intelligence committees last Wednesday in a desperate attempt to revive efforts to impeach United States President Donald Trump. The hearing was almost painful to watch. After nearly two years of investigating allegations that President Trump illegally cooperated with the Russian government to rig the 2016 presidential election, Mueller and his team found no evidence of collusion. Now the House Judiciary and Intelligence committees are asking Mueller some probing questions that the former special counsel has no intention of answering.

During his hearing, Ohio Republican Rep. Steve Chabot asked Mueller what he knew about the investigative firm that hired former British spy Christopher Steele to produce a dossier of rumors about Donald Trump.

“[W]hen discussing the June 2016 Trump Tower meeting [in your report], you reference ‘the firm that produced the Steele reporting.’ The name of that firm was Fusion gps. Is that correct?” Chabot asked.

Mueller asked for the page number the congressman was referencing before turning to that page in his more than 400-page report. Once he arrived at the correct page, Mueller replied, “I am not familiar with—with that, I—.”

Mueller was visibly nervous, and Chabot reassured him, “It’s not a trick question. It was Fusion gps.”

Robert Mueller: “I’m not familiar … with that”

Chabot: “It’s not a trick question. It was Fusion GPS” pic.twitter.com/4WA0lhKc3x

Hillary Clinton’s presidential campaign worked through the law firm Perkins Coie to hire Fusion gps, which in turn hired Christopher Steele to put together a dossier of unverified propaganda against Mr. Trump. Presumably, Mueller should know this since he spent two years researching associations between Mr. Trump and anyone who had ever been to Russia. Yet when Florida Republican Rep. Matt Gaetz pressed Mueller about whether Steele lied in his dossier or whether the Russians fed Steele false information, Mueller replied that the question was outside his “purview.”

Gaetz: “Can you state with confidence the Steele dossier was not part of Russia’s disinformation campaign?”

Mueller: “With regard to Steele…that’s beyond my purview.”

For five hours, Republicans asked Mueller basic questions about his report and Mueller refused to answer them. There is no evidence that Mr. Trump colluded with Russia, but there is an increasing amount of evidence that the Obama administration colluded with British agents to put together a phony dossier of rumors against Mr. Trump that could be used to impeach him if he won the election. Attorney General William Barr is opening an official investigation into the corrupt legal practices the Obama-era Federal Bureau of Investigation used in its investigation of the Trump campaign.

Mueller’s testimony before Congress shows how desperate he is to hide what he knows about Fusion gps, Christopher Steele and the fbi’s role in using a fake dossier to spy on the Trump campaign.

“The facts reveal widespread complicity within the cia and the Justice Department, including the fbi, along with other government agencies, with direction from the White House—and total support from the mainstream media,” Trumpet editor in chief Gerald Flurry wrote in “Can President Trump Get Control of His Own Divided Government?” He continued:

We see that the Obama administration got a frightening degree of control over those agencies. And we see officials who consider themselves above the law, who are willing to use deceit, slander and practically any other means necessary to hold or to reclaim power at any cost. To make this reality more alarming, none of it would have seen daylight had Mr. Trump not won the election. But God wanted it exposed—and I will explain why. Now, it seems that the harder the president’s enemies work to destroy him, the more their own wicked ways are uncovered.

Mueller worked for two years to destroy President Trump and only succeeded in exposing rampant corruption in the Obama administration and the Democratic Party. As Mr. Flurry wrote, God wants this corruption exposed so that people have a chance to repent of their sins. The fact that the wicked ways of the Democratic Party have been exposed is a great blessing to America, but these blessings will not continue long unless the nation wholeheartedly turns to God. To learn about how God intends to lead America to repentance, request a free copy of Great Again, by Gerald Flurry.