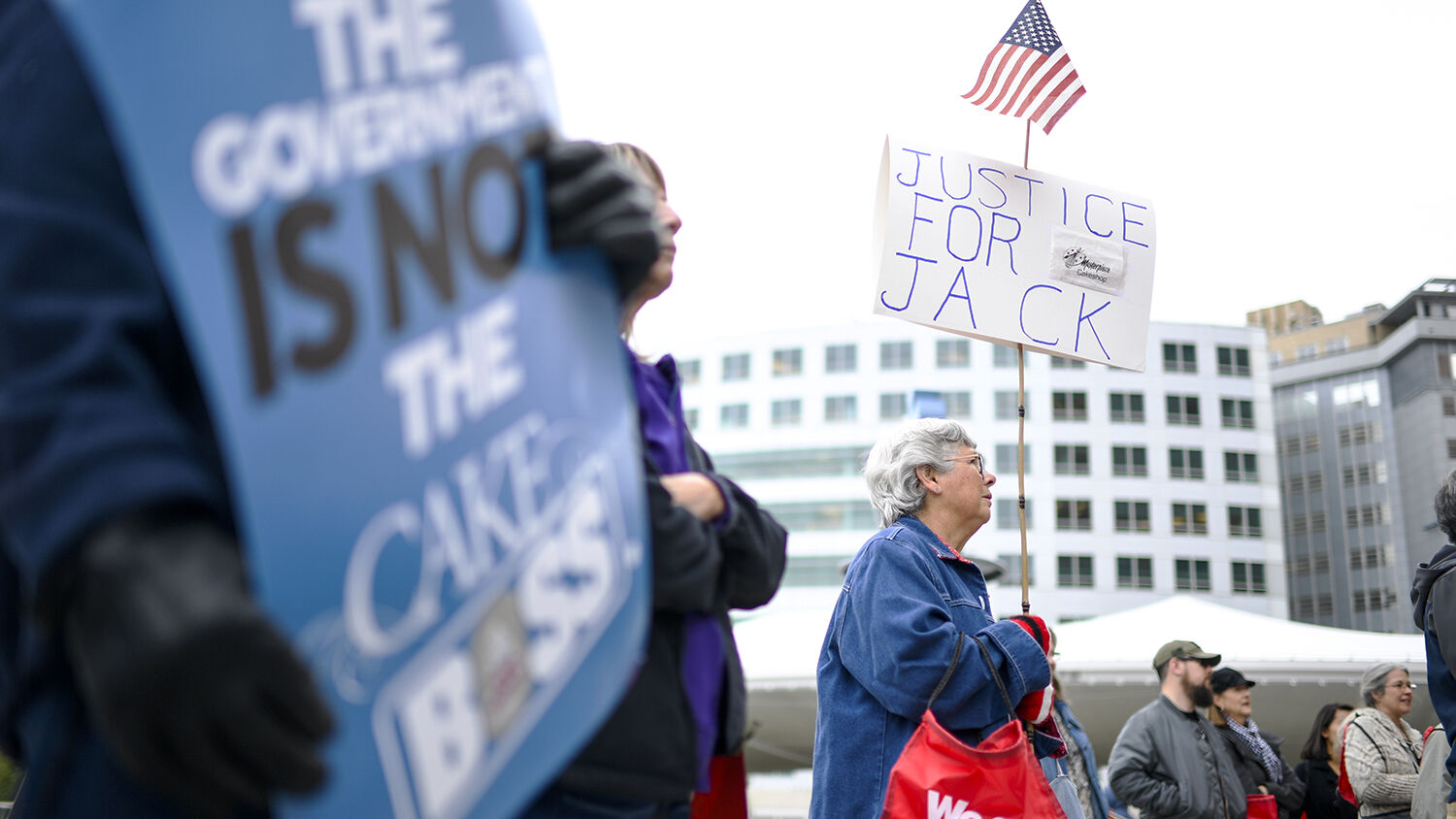 A rally is held on Sept. 28, 2018, in support of baker Jack Phillips at the Colorado Civil Rights Commission.
Aaron Ontiveroz/The Denver Post via Getty Images

Does cake come before religious freedom?

Jack Phillips, owner of Masterpiece Cakeshop, was hit on June 5 with a lawsuit against his traditional, Christian views of marriage and family.

Phillips has already slogged through two similar cases. The first lawsuit began in 2012 when he refused to bake a cake for a homosexual wedding. After six years of legal struggle, the Supreme Court ruled in favor of Phillips in June 2018.

The second instance occurred in 2017, when Autumn Scardina ordered a cake for the anniversary of his gender transition. The cake was to be blue on the outside and pink on the inside, representing Scardina’s transition and possibly resembling the transgender flag. Although Phillips offered to sell Scardina other products, he declined to bake the cake he requested, citing his religious convictions.

Scardina, represented by the Colorado Civil Rights Commission, sued Masterpiece Cakeshop. The case ended in March 2019 when Phillips and Colorado Attorney General Phil Weiser both dropped their cases against each other, after it was found the commission had not remained religiously neutral.

On June 5, Scardina returned. This time, filing a civil suit accusing Masterpiece Cakeshop of false advertising, claiming that Phillips lied by stating he would serve any customer, including the lesbian-gay-bisexual-transsexual community. However, Phillips did not refuse the customer; he reportedly offered to make him another type of cake, without a transgender theme.

Phillips’ lawyer called the charges “yet another desperate attempt to harass cake artist Jack Phillips” that “stumbles over the one detail that matters most: Jack serves everyone; he just cannot express all messages through his custom cakes.”

The core legal issue in all three lawsuits brought against Masterpiece Cakeshop is yet to be fully decided. In previous cases, the Supreme Court focused on the manner in which the Colorado Civil Rights Commission handled its case against Phillips, rather than the central issue: whether or not laws that guarantee lesbian, gay, bisexual, transsexual customers access to services can also force people to promote messages they disagree with. A decision here would set precedent for pending and future cases in all states.

What will ultimately happen to religious freedom in the United States?

This is a topic of intense debate today. Although Americans currently enjoy religious freedom, that freedom is quickly deteriorating.

Jack’s victory is great news for everyone. If Jack can be targeted by the government for his beliefs, so can anyone else. #JusticeforJack #MasterpieceCakeshop pic.twitter.com/TJUI7Nb2cf

The reality is that, in the history of the world, the religious freedom America enjoys is actually a rarity, and a fragile one.

Trumpet contributor Andrew Miiller wrote in 2017 about the trend of decreasing religious freedom. Since then, many more Christian businesses that refuse to cater to the transgender and homosexual movement have been hit with lawsuits. Masterpiece Cakeshop is just one of those businesses. Now being attacked for the third time, it is an example of the difficulties faced by many others in the U.S.

In his article, Miiller wrote:

For most of human history, people have been forced to conform to the national religion of their country or live in fear of persecution. The fact that most people living in the United States and Britain have enjoyed religious freedom for the last three centuries has been a historical aberration. Yet Jesus Christ prophesied that in the time just before His return to Earth, His followers would be persecuted for their beliefs.

Religious freedom is declining. The Bible prophesied this would be the case in the time right before Christ’s return. The assault on religious freedom in the U.S. is going to lead to what the Prophet Amos called the “famine of the word,” a time when national rejection of God’s message and persecution will force God’s true Church to take its message elsewhere (Amos 8:11-12). This prophecy surely indicates that religious freedom will continue going downhill.

To learn more about why religious freedom is under assault and where this trend is leading, request your free copies of America Under Attack and The Lion Has Roared, by Trumpet editor in chief Gerald Flurry.