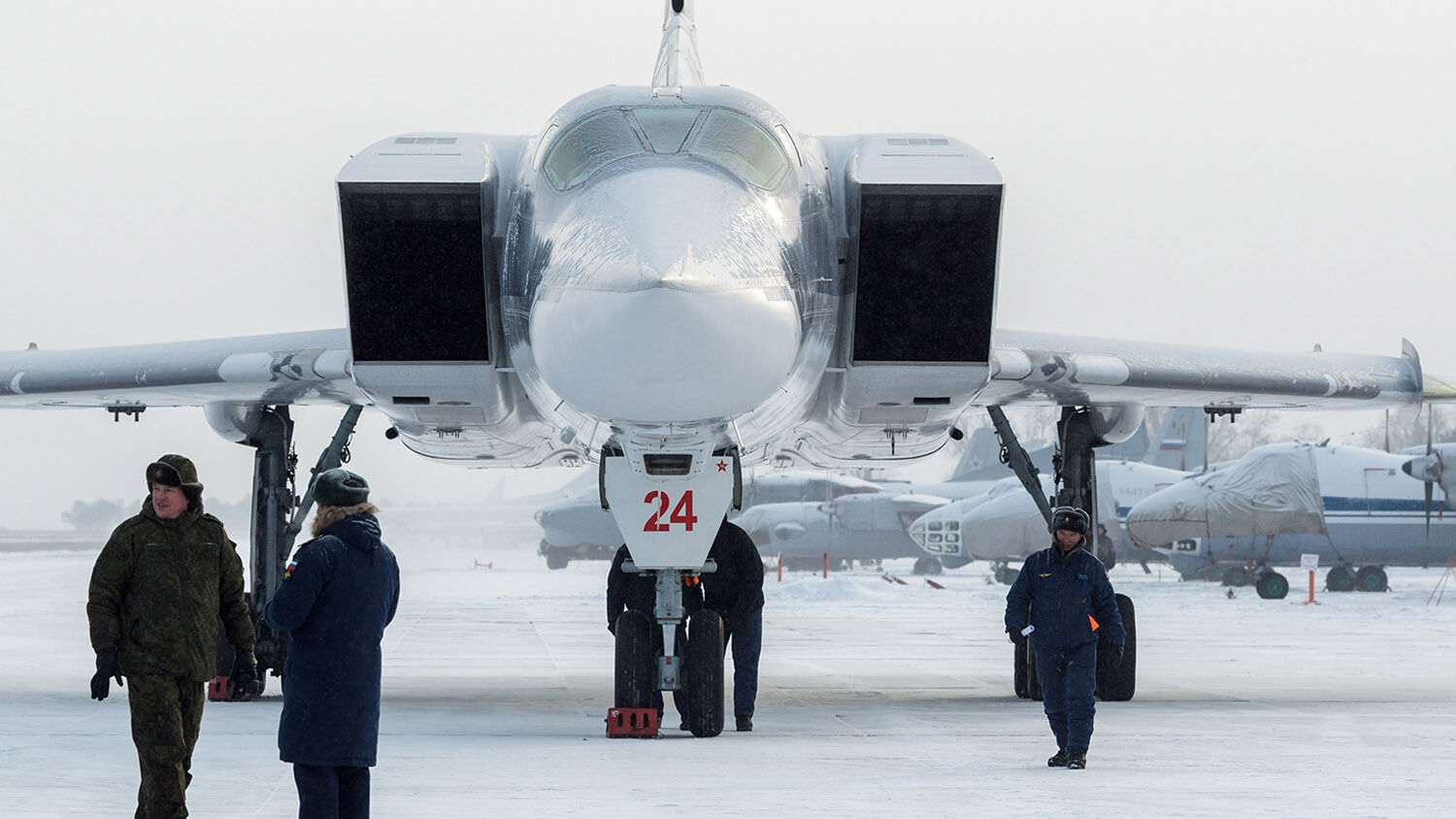 A senior official has said the Russian government has deployed “squadrons” of nuclear-capable bomber aircraft to the Crimean Peninsula, which Russia illegally annexed from Ukraine in 2014.

Viktor Bondarev, leader of the Russian Federation Council’s Committee for Defense and Security, told the government-owned tass news agency on March 18 that the deployment came in response to the United States’ stationing its Aegis Ashore missile-defense shield in Eastern Europe in 2015. “The deployment of American missile defense systems in Romania came as a major challenge, in response to which the Russian Defense Ministry made the decision to deploy long-range missile-carrying bombers Tupolev Tu-22M23 at the Gvardeyskoye air base,” said Bondarev, according to tass.

Bondarev said the bombers, along with the Iskander missiles that Russia recently stationed in Crimea, will prevent other nations from being able to “lock” Russia’s Black Sea Fleet out of the Mediterranean Sea.

Ukraine’s intelligence data says that since Russia seized Crimea, it has boosted its military power in the region to more than 32,000 soldiers, 680 armored carriers, 170 artillery pieces, 100 warplanes and around 40 tanks.

The increased weaponry comes during a time of rising Russian aggression in the area. In November 2018, the Russian Navy illegally captured three Ukrainian naval ships after opening fire on them in the Kerch Strait, which connects the Black Sea and the Sea of Azov. The crew are still being held in Russia.

On March 25, the Russian Defense Ministry announced that 1,500 Russian airborne soldiers and 300 military vehicles were sent to the peninsula to join thousands of Crimea-based forces for major offensive operation exercises.

‘The Fear You See in Europe’

It was five years ago this month that Russia annexed the Crimean Peninsula from Ukraine, illegally making the territory part of the Russian Federation. At the time, Trumpet editor in chief Gerald Flurry wrote an article titled “The Crimean Crisis Is Reshaping Europe!”

He discussed prophecies recorded in the books of Daniel and Revelation showing that a European power of 10 main leaders would unite in the end time and form a military colossus that will play a key role in World War iii. Then he mentioned one major factor that will prompt those European nations to lay aside their differences and militarily unite:

The fear you see in Europe because of events in Crimea is going to cause 10 leaders in Europe to unite in a sudden and dramatic way—and in precise accordance with the Bible’s description of this European empire! …

In the five years since, Russia has become more aggressive, militaristic and provocative, and the Europeans have grown more fearful of its provocations. In response to the new deployment of bombers, nato said, “We condemn Russia’s ongoing and wide-ranging military build-up in Crimea, and are concerned by Russia’s efforts and stated plans for further military build-up in the Black Sea region.”

Clearly the concern and fear among Europeans is intensifying. And Mr. Flurry has forecast that this concern and fear will soon develop into something more significant. It will soon go far beyond statements and explode into nuclear world war.

These sobering developments will soon escalate into unprecedented worldwide conflict. But there is great cause for hope connected to these trends.

‘We Have to Realize That This Is All Good News’

Mr. Flurry explains the reason for hope in his booklet The Prophesied ‘Prince of Russia’:

For insight into what the future holds for Russia and Europe, and to understand the hope that underpins these developments, order your free copy of Mr. Flurry’s booklet The Prophesied ‘Prince of Russia.’