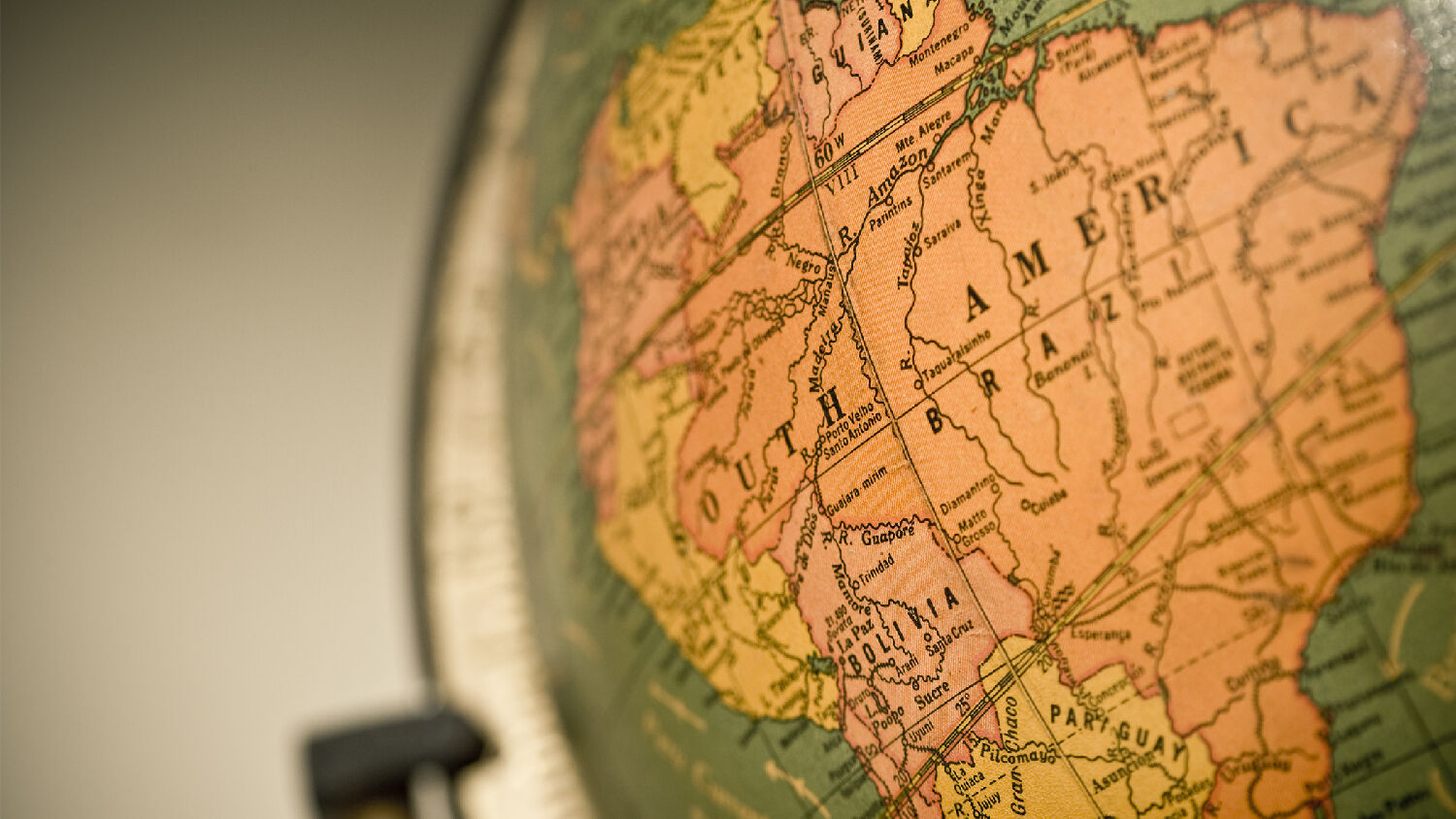 At the conference, Maas discussed the necessity to improve trade and business relations, develop stronger legal institutions, and tackle climate change and other issues together. “We are seizing the initiative to reinvigorate and inject fresh impetus into our relations,” Maas told Deutsche Welle.

The conference was attended by more than 20 foreign ministers from Latin America and the Caribbean and close to 1,000 guests. Maas repeatedly reminded his audience about Europe’s and Latin America’s unifying values.

“We are natural allies”: More than 20 Foreign Ministers came to Berlin today to launch our Latin America and Caribbean Initiative. What’s on the agenda: https://t.co/nbeEdEmFrI

The only Latin American country that wasn’t invited to the conference was Venezuela, as Germany supports the opposition party in Venezuela.

In a guest post for Tagesspiegel, Maas called for a “new trans-Atlantic alliance.” His article was translated and published in 15 newspapers in Latin America. “Latin America, the Caribbean and Europe must not suffer collateral damage due to the trade dispute between the U.S. and China,” he wrote (Trumpet translation throughout). He continued:

It is up to us to pursue our shared values and interests on a global scale. Together, we have the power to do so: With 61 states, the EU and the countries of Latin America and the Caribbean account for almost one third of the members of the United Nations. We are over 1 billion women and men and make up of 40 percent of the world’s gross national product. It is time to use that power together.

In his opening address at the conference, Maas accused China of using its economic power to apply political pressure, Russia of creating “political facts with military force,” and the U.S. of becoming “somewhat unpredictable.” During the shifting global challenges, Latin America and Europe may seem to be the only defenders of their values. But as Maas urged, this reality must cause the two continents to “move closer together. We have to become neighbors in this new world.”

Maas believes a new world is taking shape. A world in which Europe and Latin America form a close alliance that stands in contrast to the rest of the world.

Based on Bible prophecy, the Trumpet and its predecessor, the Plain Truth, have predicted this new world order for decades. Late Plain Truth founder Herbert W. Armstrong predicted this alliance, based on the two continents’ shared history, culture, religion and languages. The May 1962 Plain Truth stated, “[T]he United States is going to be left out in the cold as two gigantic trade blocs, Europe and Latin America, mesh together and begin calling the shots in world commerce.”

“Latin America is a natural ally for us—especially these days, where we’re seeing the global order increasingly under pressure,” Maas told Deutsche Welle’s Spanish-language service. “If we deepen ties and sing from the same music page, we can bring great international clout to the table.”

In recent months, Germany has taken several steps to strengthen its ties with Latin American countries. German trade with Latin America is expected to grow 5 percent this year, but Maas and other Europeans have much bigger plans. Trade with Latin America and the Caribbean currently amounts to only 2.6 percent of total German foreign trade. Various free-trade agreements that are under negotiation as well as other initiatives have the potential to drastically increase this.

During Maas’s tour of Latin America, military cooperation was also discussed. Along with Brazilian President Jair Bolsonaro, Maas adopted the Joint Declaration Germany-Brazil that confirmed “the construction of four light frigates of the Tamandaré class for the Brazilian Navy” with German participation. In a strategy paper, Germany’s Christian democratic parties also encouraged the integration of Latin America in nato.

Tagesspiegel commented on Maas’s emphasis on Latin America: “The foreign minister, who is still looking for his big topic, has now rediscovered an old ally.” Latin America is indeed Europe’s and Germany’s old ally.

Around 1500, during the reign of the Holy Roman Empire, the Habsburg dynasty formed a close alliance with Latin America through religious conquest and a marriage between Joanna of Castile and Philip i. Prior to the formation of a German state, many German industrialists settled in Latin America in the 1800s. The relationship flourished into the early 1900s. During World War ii, many Latin American countries like Argentina supported the Nazi empire and granted Nazis refuge after the war.

Argentina will one day be at the head of a tariff union comprising the nations in the southern half of South America. Such a focus of opposition against the United States of America will, together with Bolivia, Chile, Paraguay and Uruguay, form a powerful economic bloc; and eventually, by way of Peru, it will spread northward to place the dollar colony of Brazil in a difficult position.

If you compare Germany’s Nazi plan to conquer Latin America with what has happened since, you will be shocked how this plan is becoming reality. Trumpet contributor Andrew Miiller explained Germany’s economic strategy in detail in his article “Revealed: Nazi Plan to Conquer Latin America.”

The Bible prophesies that in this end time, America faces economic collapse, which will be preceded by an economic siege (Deuteronomy 28:52; Ezekiel 5-6).

This siege will result in devastating consequences for the American people: “And thou shalt eat the fruit of thine own body, the flesh of thy sons and of thy daughters, which the Lord thy God hath given thee, in the siege, and in the straitness, wherewith thine enemies shall distress thee” (Deuteronomy 28:53). (Request a free copy of The United States and Britain in Prophecy, by Herbert W. Armstrong, to learn more about this and other prophecies that apply to the U.S.)

A siege of such consequences would not be possible without Latin America’s cooperation. In a Key of David broadcast that aired in January, Trumpet editor in chief Gerald Flurry said:

The European Union is about to make its largest trade deal ever, and it’s probably going to be made in 2019. That certainly is the forecast. That trade is going to be made with the mercosur trade bloc, which includes Brazil and Argentina, Uruguay and Paraguay, and we have been prophesying for over 60 years that this is going to happen, and what it all means. It’s going to mean some very dark days for America if we don’t heed Bible prophecy and realize what God has to say about it. Latin America is helping to create the Holy Roman Empire!

The Bible foretells extremely troubling times for the U.S. But we don’t need to fear if we know the God who prophesied of all these events. “Fear ye not, neither be afraid: have not I told thee from that time, and have declared it? ye are even my witnesses. Is there a God beside me? yea, there is no God; I know not any” (Isaiah 44:8). The God who prophesied of this coming alliance between Latin America and Germany can also protect you from its consequences if you heed His message.

Fulfilled Bible prophecy is proving God’s existence. Request your free copy of He Was Right to see how Mr. Armstrong’s Bible-based prophecies have proved accurate. Also, read “America Is Being Besieged Economically” to learn where Europe’s developing alliance with Latin America will ultimately lead.