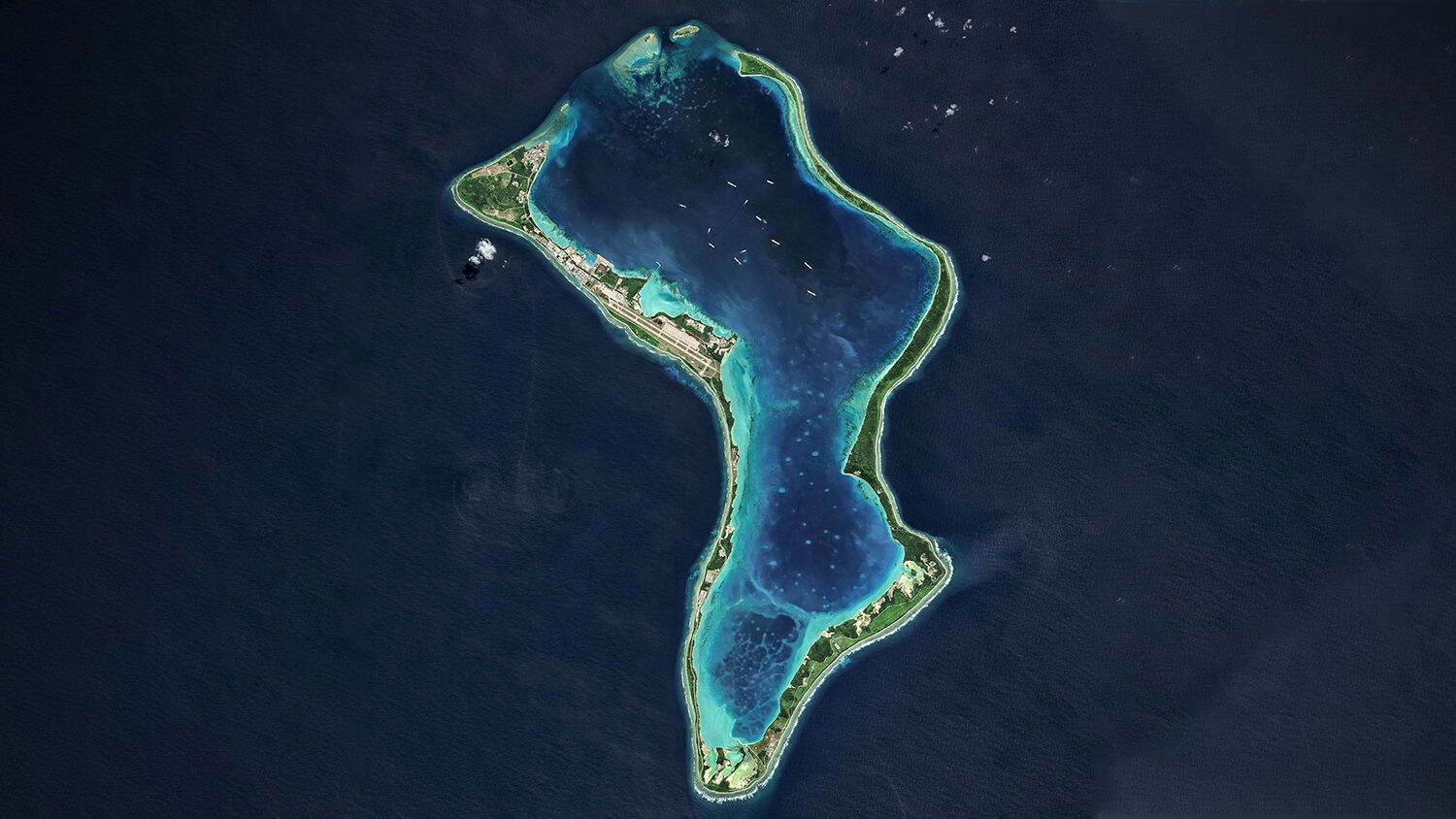 Diego Garcia, a British Indian Ocean territory and the largest of the islands in the Chagos Archipelago
Gallo Images/Getty Images

The UN has just handed Britain an embarrassing diplomatic defeat.

The United Nations General Assembly voted overwhelmingly on May 22 to condemn Britain’s use of the Chagos Islands. Although it is a nonbinding resolution, and amounts only to a serious embarrassment, it is perceived as a sign of decreasing British and American diplomatic power.

The International Court of Justice ruled Britain’s possession of the Chagos Islands illegal in February, triggering the UN vote on the legitimacy of Britain’s claims to sovereignty over the islands. Britain operates a joint American-British military base on the Diego Garcia island, and the entire island is off limits to anyone not associated with the military or government. Britain has claimed ownership ever since France ceded the islands at the end of the Napoleonic Wars in 1814. Between 1968 and 1973, British authorities relocated the local population to make way for the military base; this is now a topic of debate for the UN, where Britain is being accused of crimes against humanity.

Nations that voted in support of the UK were Australia, Israel, Hungary, the Maldives, the UK itself and the United States. A total of 56 countries chose to abstain, including many EU nations: France, Germany, the Netherlands, Portugal, Poland and Romania. Ireland, Austria, Spain, Greece, Sweden and Switzerland were among the 116 votes against the UK.

Currently, the UN vote is nonbinding and is unlikely to go beyond the General Assembly. Neither Britain nor the U.S. are bound to abide by it. All the same, it indicates “severely diminished U.S. clout on the world stage” and was “an embarrassing diplomatic defeat” for Britain, which will embolden UN members to challenge Britain more often in the future.

The General Assembly is the UN’s wider body of members, and has delegates from 193 countries. After voting 116 to 6 against Britain’s presence on the Chagos Islands, it passed a resolution demanding that Britain withdraw within six months. Mauritius claims the islands are part of its territory; however, the matter is complicated by the existence of the joint American-British military base operating on Diego Garcia Island. The base’s airport has been used by the U.S. Air Force to conduct strikes on the Middle East, especially during the wars in Afghanistan and Iraq. It is currently used to combat piracy and ensure regional stability. There are also claims that the islands have served as an interrogation site for the Central Intelligence Agency, and that they are still used to transport terrorist suspects under American custody.

Whether or not these claims are true, the fact remains that the UN vote shows that American and British diplomatic power and prestige are waning. It also points to a trend: Britain is losing its remaining sea gates.

The Chagos Islands may seem like an isolated area without much strategic importance. But as Britain’s UN delegate said, the Chagos Islands have great strategic importance. This is especially true when it comes to maintaining the security of the Strait of Malacca, through which nearly 100,000 vessels pass through each year, accounting for about one quarter of global trade. Further, the British and American presence in the Chagos Islands base “plays a vital role” in the security and stability of the region and nearby allies, also working to protect commercial shipping traffic by counteracting piracy, terrorism and drug trafficking.

America’s UN delegate made a similar argument, saying the jointly operated base is “critical to security in the area” and allows for both the rapid response to regional threats and for providing humanitarian aid. Further, he pointed out that the dispute between Mauritius and Britain is a bilateral dispute that must decided between the two nations themselves, because Britain is sovereign over the territory in question. Demanding Britain relinquish a strategic asset inside its sovereign territory could set a dangerous precedent for future decisions.

Throughout the 20th century, Britain lost one sea gate after another. These vital choke points serve to guarantee British control and security in a region vital to world trade. Some of the biggest losses were Suez in 1956, Cyprus in 1960, South Africa’s Cape of Good Hope in 1961, Singapore in 1965, Malta in 1979, and Hong Kong in 1997. Britain came embarrassingly close to losing the Falklands in 1982—the fact that Argentina dared to challenge Britain militarily shows how far British credibility had eroded at that time. In a similar way, the UN’s decision on the Chagos Islands shows that Britain’s prestige and credibility have continued to erode.

Britain is also under pressure to relinquish Gibraltar, perhaps one of its most famous sea gates. What is happening to Britain’s once-mighty hold on these strategic waterways? Is Britain merely trying to comply with “modern” expectations for its foreign policy? Or is there another cause?

Britain’s loss of strategic waterways was specifically predicted in a place few would think to look: the Bible. Herbert W. Armstrong, the founder of our predecessor magazine, the Plain Truth, used Bible prophecy to explain how, as a result of national disobedience to God’s laws, the modern nations of ancient Israel (Britain and America today) would lose control of important waterways that once contributed to their wealth. In our booklet He Was Right, we compare Mr. Armstrong’s statements on Bible prophecy with world events, and show in detail how each prophecy has been fulfilled. Regarding Britain’s loss of sea gates, we wrote:

Herbert W. Armstrong listed a few of the most strategic passageways in the October 1954 Plain Truth: the Panama Canal, Suez, Singapore, Cyprus and Gibraltar. The U.S. and Britain gained control of these and many others after 1800 because of the unconditional birthright promises God made to Abraham’s seed. One of the major blessings promised to modern-day Israel (the U.S. and Britain primarily) was controlling the “gates” of their enemies (Genesis 22:17; 24:60). The fact that our peoples acquired these strategic gateways itself proves our biblical identity. “We must be modern Israel,” Mr. Armstrong wrote.

Modern Israel’s identity as Britain and the U.S. is a truth almost nobody knows. It explains why Britain continues to suffer diplomatic defeats and pressure to return its overseas possessions, such as the Chagos Islands, and many other sea gates that it has already lost. The understanding of Israel’s identity is what Mr. Armstrong called “the vital key necessary to unlock closed doors of biblical prophecy.” If you want to truly understand why Britain and America are losing the blessings they once had, it is imperative that you understand this vital key to prophecy. To learn about the all-important identity of Britain and the U.S. in Bible prophecy, request your free copy of The United States and Britain in Prophecy, by Herbert W. Armstrong.