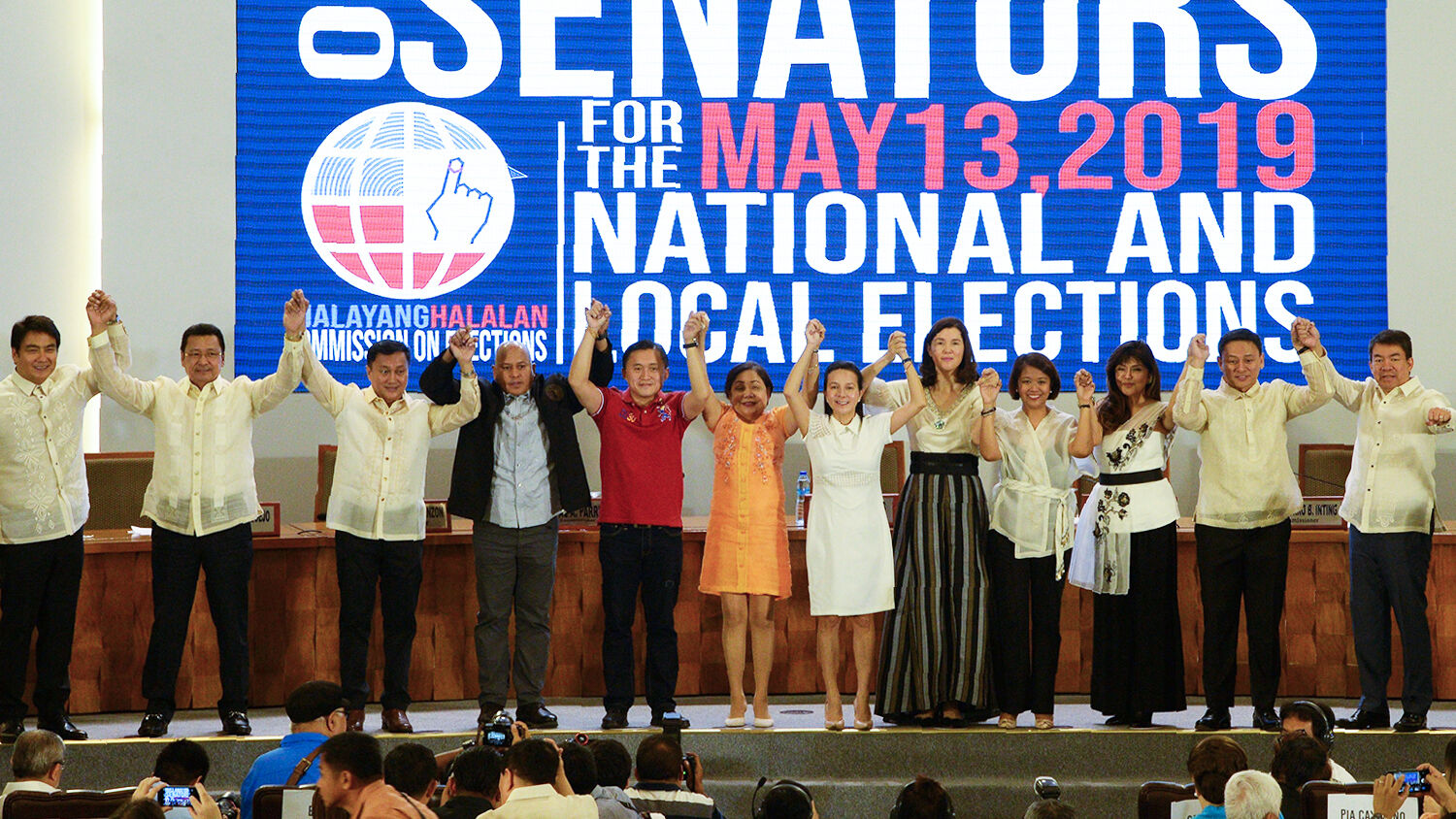 Allies of President Duterte won the Senate, meaning additional support for his agenda, which includes closer relations with China.

Philippine President Rodrigo Duterte has won almost unchallenged rule over the country after his allies dominated this month’s elections for seats in the Senate. The strongman leader now has more political support for advancing his policies, including his embrace of China.

Final results tallied on May 22 show that candidates who are considered pro-Duterte won nine out of 12 contested seats in the 24-member Senate, with the other three going to independent candidates. The other 12 seats were uncontested in this election, and only four of them are occupied by senators who are considered anti-Duterte. One of them is in jail and cannot vote. This gives Duterte and his allies a supermajority in both the Senate and the House of Representatives.

Duterte now has more support for pushing through his plans, including reinstitution of the death penalty and making children as young as 12 eligible for prosecution.

When Duterte campaigned for the presidency in 2016, he promised to transform the nation’s centralized government structure into a more federalized system that gives greater power to state and local governments, similar to the system used by the United States. After winning the presidency, he delegated the task of drafting constitutional amendments to the legislature, but his reforms were opposed in the Senate. This opposition is now largely removed, so he may be able to proceed with his constitutional reforms.

Some analysts fear that Duterte will change the Constitution to transfer power from the central government not to state and local governments, but to himself. Philippines-based Asian geopolitical analyst Richard Heydarian wrote:

The proposals for constitutional amendments that have been put forward so far contain worrying provisions that could see the office of the vice president, long a bastion of opposition, eliminated and the office of the ombudsman and the commission on Human Rights downsized or abolished altogether. Although the current texts under consideration do not mention the lifting of presidential term limits, it could still be added by the new Congress. At the same time, the proposed introduction of a prime minister’s post without term limits and enhanced powers could serve as an alternative office Duterte could pursue.

Whether Duterte will seize dictator-like powers remains uncertain. What is clear is his pro-China stance.

In contrast with his predecessor, Benigno Aquino iii, whose policy favored a closer relationship with the United States, Duterte has worked to move the Philippines away from the U.S. and toward China. He has questioned the relevance of the Philippine-American alliance. He has refused to confront China regarding The Hague’s 2016 ruling that invalidated China’s claims in the South China Sea and supported the Philippine claims.

With increased support in the Senate, Duterte now has the freedom to align the Philippines even more closely with China.

“Whatever he’s doing now, it will be with more confidence,” Ramon Casiple, executive director of the Institute for Political and Electoral Reform, told the Los Angeles Times on May 14, adding that Duterte will likely further increase the Philippines’ ties to China.

Jose Antonio Custodio, of the Manila-based think tank Institute for Policy, Strategy and Development Studies, said the new “rubber-stamp government” will “serve the purposes of the Duterte administration and China.”

This aligns with the forecasts of Bible prophecy.

Revelation 16:12 describes an Asian power bloc called “the kings of the east” that will emerge in the end time, the era we are living in now. Verse 16 shows that this power will be one of the major belligerents in a final world war. The April 1968 issue of the Plain Truth, the Trumpet magazine’s predecessor, explained:

Despite its many national, religious and political differences, Asia will ultimately be welded together into a common power bloc. It will ultimately send its military muscle into the Middle East at the return of Jesus Christ. This prophecy is recorded in Revelation 16:12 and 16.

Ezekiel 38 provides more details about the alliance, including the fact that this Asian bloc will be led primarily by Russia and secondarily by China. Revelation 9:16 says this kings of the east alliance will field an unprecedented force of 200 million men. In his booklet The Prophesied ‘Prince of Russia,’ Trumpet editor in chief Gerald Flurry writes (emphasis added):

The Bible gives some important details about this largest army ever assembled on Earth. It tells us which nations will contribute soldiers to it. It shows it will include the combined forces from several Asian nations.

As Rodrigo Duterte consolidates his presidential powers and continues to pursue closer relations with China, we could see the Philippines join China and Russia in this massive alliance.

To understand the significance of the Philippines-China axis and where it is leading, please request your free copy of Russia and China in Prophecy.