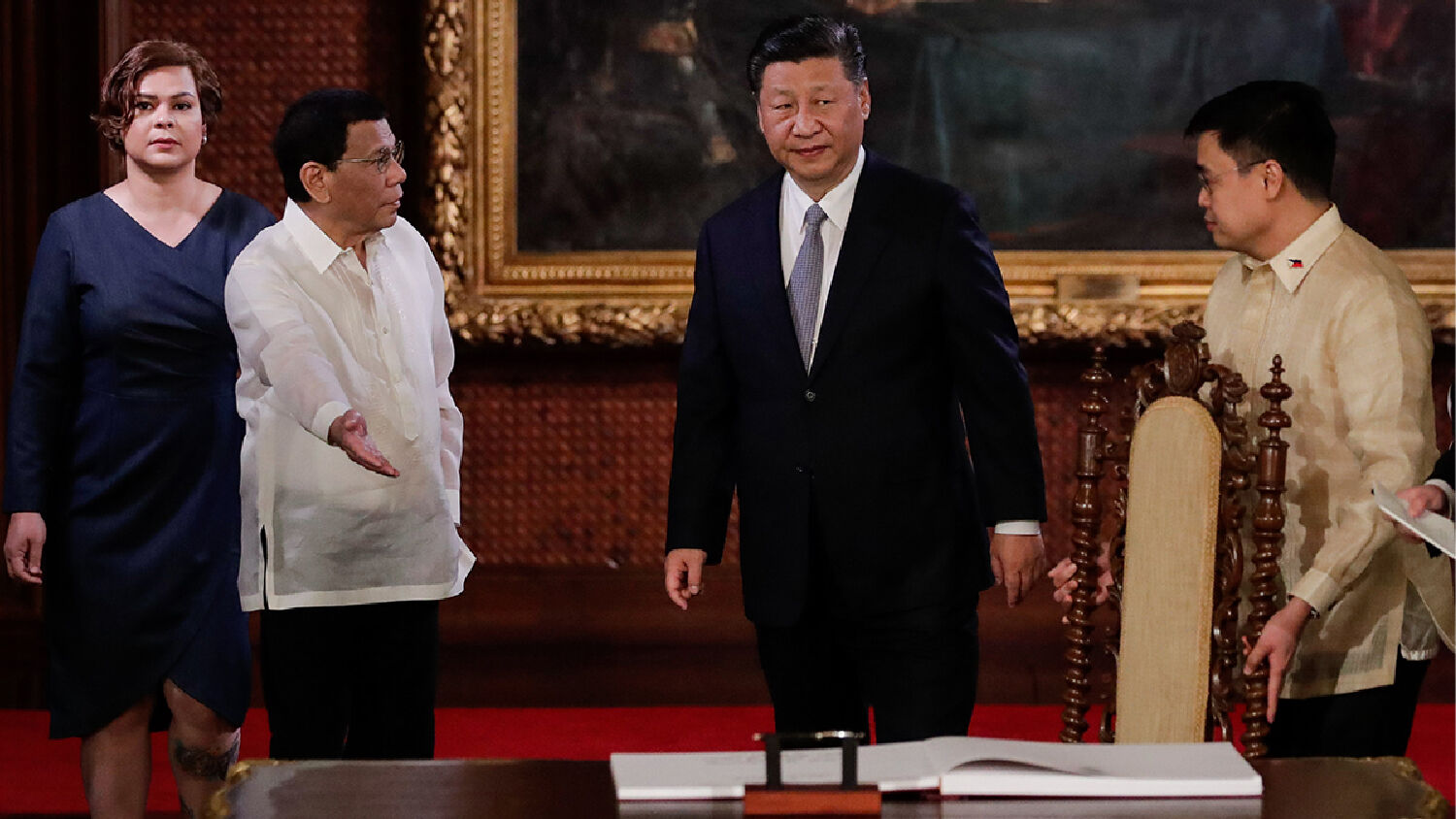 China is forcing South China Sea claimant states to do what it wants, and that is laying the groundwork for Bible prophecy to be fulfilled.

Chinese President Xi Jinping made his first state visit to the Philippines from November 20 to 21. He and Philippine President Rodrigo Duterte are expected to announce the progress of negotiations on a joint energy exploration deal off the coast of Palawan, the Philippines.

“Regarding the oil,” Duterte said in a speech delivered in Palawan on November 10, “I told China, if there is really oil there [in the South China Sea], and if you are the one who will be drilling the oil there, … I will have to insist that we will get a bigger share because that’s ours. So it’s a must that [our] share is big.”

If China and the Philippines reached a deal on joint exploration, it could signal that Manila is accepting China’s claims to resources within its Exclusive Economic Zone. This would represent a major victory for China. But the Philippines has other options.

Ignore Constitution and Drill With China

For the Philippines, any attempts at joint development in its Exclusive Economic Zone with the Chinese in disputed waters would be unconstitutional. The 1987 Constitution states, “The state shall protect the nation’s marine wealth in its archipelagic waters, territorial sea, and exclusive economic zone, and reserve its use and enjoyment exclusively to Filipino citizens.”

In order for China and the Philippines to jointly explore gas fields in the Philippines’ Exclusive Economic Zone in a way that complies with this constitutional clause, China would first have to give up its claims of ownership in the zone. Associate Justice of the Supreme Court Antonio Carpio warned Duterte that China has to recognize oil reserves in the South China Sea as “our exclusive economic zone.” He said that the main “stumbling block has always been [the] insistence of China that we recognize that they have sovereign rights.” China must “submit to Philippine laws” for the joint development to proceed, he said.

If Duterte chooses to ignore the Constitution and proceeds with the joint development despite China’s claims, the result could be political upheaval in Manila. According to a poll conducted by Pew Research Center last year, 47 percent of the Philippine population said China’s power and influence is a major threat. This year, 43 percent of Filipinos still hold an unfavorable view of China. Many politicians remain steadfast in their opposition to China’s claims in the South China Sea.

Manila may still be able to find a convoluted legal solution. But for China, this is less about access to oil and gas and more about forcing a rival South China Sea claimant state to back down and cooperate on China’s terms.

Drill Without China and Risk Its Wrath

If the Philippines drills for oil in disputed waters without China’s permission or participation, it could face retaliation from China.

In March of last year, Xi threatened to go to war with the Philippines if it tried to drill oil in disputed parts of the South China Sea. “We intend to drill oil there,” Duterte said in a speech. “[I]f it’s yours [China’s], well that’s your view, but my view is, I can drill the oil,” he said. Describing a conversation with Xi, Duterte said, “His response to me: ‘We’re friends’, we don’t want to quarrel with you, we want to maintain the presence of warm relationship, but if you force the issue, we’ll go to war.”

Duterte succumbed to Xi’s intimidation, and the Philippines refrained from drilling for oil in its own territorial waters. With Duterte now considering working with China to conduct joint oil exploration in the Philippines’ Exclusive Economic Zone, Manila is effectively acknowledging China’s de facto control over its own waters. “China is already in possession” of the South China Sea, Duterte told the Straits Times. He continued: “It’s now in their hands. So why do you have to create frictions … that will prompt a response from China?”

The Philippines could also choose to do nothing and let the oil in disputed waters go untapped. But this option would not help the Philippine economy.

“[O]ur country needs to attain energy security and sustainability at the soonest possible time,” Energy Secretary Alfonso Cusi said in a press release last month. “We are currently experiencing how our dependence on importation has left us at the mercy of price movements in the global oil markets,” he said. “We need to boost the exploration and development of our own energy resources.”

The Philippines is in dire need of a new energy resource. The Malampaya gas field, which supplies about 30 percent of the country’s power needs, is expected to dry out by 2027. With oil prices and inflation rising, the Philippines needs to find a replacement for its dying gas field. And unless a replacement is found, the Philippines will be forced to pay for expensive imported oil, or it will face severe oil shortages.

The options for the Phlippines are limited, and none are optimal. Bible prophecy shows that, whatever might happen in the short term, the Philippines will probably eventually cave in to China’s pressure.

For China, the main motivation is not to tap some energy reserves off the coast of Palawan. China has more ambitious goals in the South China Sea. In the July 2016 issue of the Trumpet, editor in chief Gerald Flurry wrote:

Since before the Korean War, China has had a strategy to establish a security buffer extending far from its coast and engulfing the entire South China Sea. Its current military buildup in the Paracels and the Spratlys is bringing China closer to realizing this strategy.

Since Japan’s defeat in World War ii, America has protected this vital trade route and brought peace to this part of the world. Now the American military is retreating, and other great powers are coming in to fill the vacuum. …

Mr. Flurry’s analysis of the South China Sea situation is based on specific end-time Bible prophecies. Ezekiel 4 describes a time just before the Great Tribulation, an end-time period of unparalleled war and suffering. Verse 3 reads, “[S]et thy face against it, and it shall be besieged, and thou shalt lay siege against it. This shall be a sign to the house of Israel.” Mr. Flurry wrote:

The “house of Israel” primarily refers not to Jews, but to the modern descendants of Israel, specifically the United States and Britain. Here is pictured a siege against the house of Israel.

Isaiah 23 gives more details about this economic siege. It shows that there will be a brief economic alliance between a German-led European bloc and major Asian powers. The Bible calls this Eurasian alliance the “mart of nations.” This alliance will form to besiege the nations of Israel (principally the United States and Britain) economically. Mr. Flurry continued:

The Bible contains many prophecies of that European power attacking America. This is where China and the other giants of Asia enter the picture. Considering that China now possesses most of the world’s strategic sea gates (at one time held by Britain and America), the German-led Holy Roman Empire will need to form a brief alliance with the Asian powers identified in Isaiah 23 (Russia, China, Japan – the “kings of the east”).

… This is why China’s moves to militarize the South China Sea should be so concerning.

China’s behavior in the South China Sea is leading to the fulfillment of this prophecy. China is intimidating nations like the Philippines, with the goal of eventually cutting off America’s and other nations’ access to the South China Sea. “Soon America will find it impossible to import oil and other necessities,” Mr. Flurry wrote.