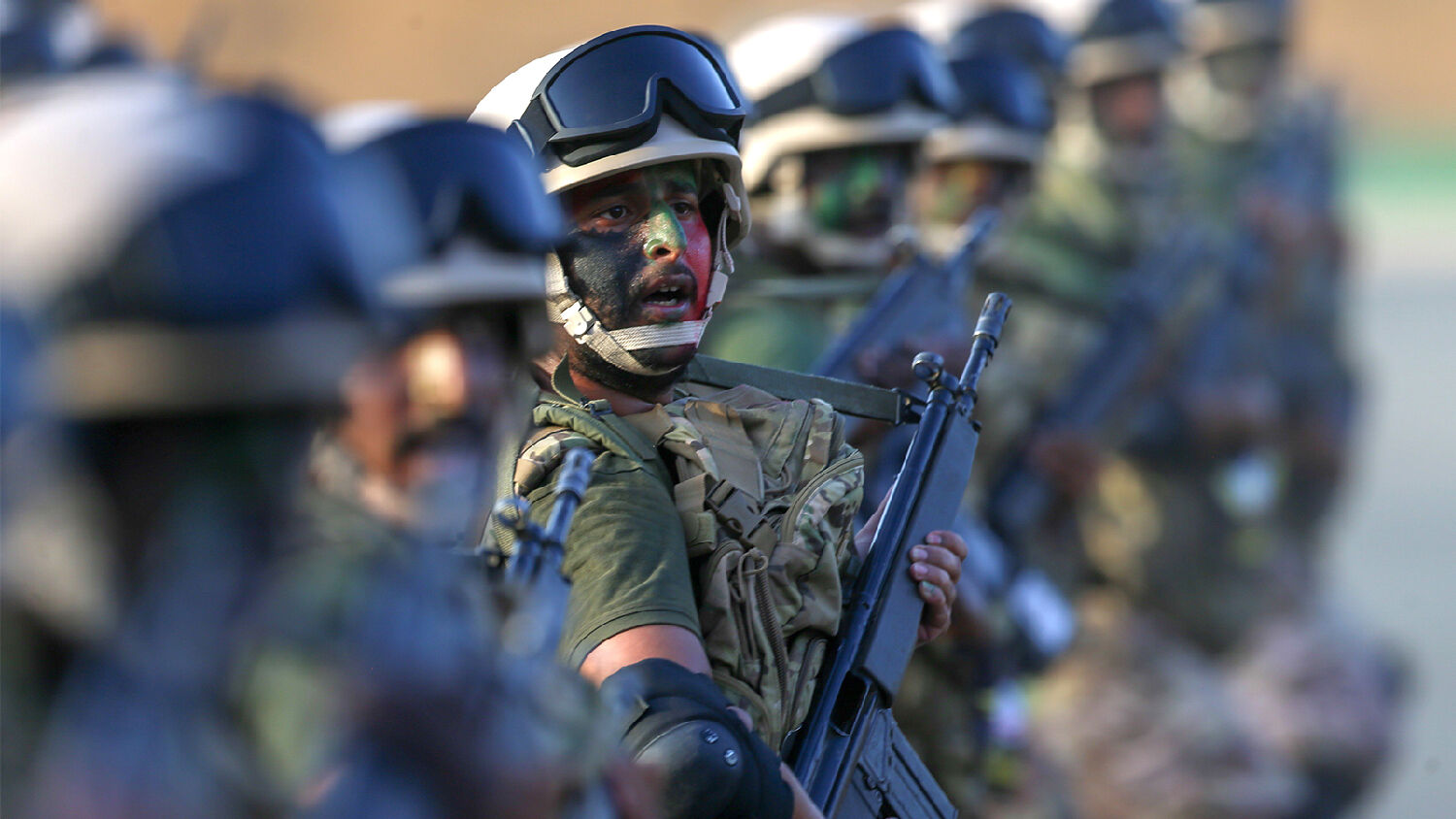 Saudi armed forces in a parade in Mecca on Aug. 13, 2018
BANDAR ALDANDANI/AFP/Getty Images

A Saudi-German military alliance is forming against Iran and Israel.

Saudi soldiers will begin their officer training this July in Germany. Despite Saudi Arabia’s involvement in the Yemen War, Germany continues to strengthen its military alliance with the Arab kingdom. Saudi Arabia’s military leverage in the Middle East is growing considerably, thanks to German help. Germany is also greatly benefiting from the alliance—and in a way that few understand.

Over the next few years, Germany will train 14 officers for the Saudi military. Starting this July, five of them will start training with the German armed forces; two more will train with the German Air Force. Seven additional Saudi soldiers are currently taking language courses in Germany and will begin their officer training in 2020. After their training with the army, they will study for three to four years at Bundeswehr University.

It is common for the German Army to train soldiers from foreign countries. But its military cooperation with Saudi Arabia is worth taking note of. The officer training is only one of the latest steps that Germany has taken to fortify Saudi Arabia as a military stronghold against Iran.

Since 2015, the Saudi military has been fighting Iranian-backed Houthi rebels in Yemen. The war has led to the worst humanitarian catastrophe in the world, according to the United Nations. So why is Germany interested in further strengthening Saudi troops?

After the murder of journalist Jamal Khashoggi in October 2018, the German government temporarily halted its weapons exports to the Saudi kingdom until September. But the decision was only a gesture for the world stage. “A deal approved by Germany’s secretive National Security Council allows Germany to continue exporting armaments to Saudi Arabia,” we explained in our article “Germany’s Secretive Arms Exports.”

Not only are German armaments exports continuing to flow into Saudi Arabia, German manufacturers have been increasingly involved in building up the kingdom’s own industry.

Since 2018, Andreas Schwer has been running Saudi Arabia’s arms industry. The former board member in the armaments division of the Düsseldorf Rheinmetall Group is now the ceo of Saudi Arabian Military Industries (sami). This is one way Saudi Arabia is importing German expertise. German companies have also increased their support for Saudi Arabia’s industrial development, particularly in the field of digitalization.

Both the Saudi officer training and Germany’s help in building up Saudi Arabia’s military and defense industries can be traced back to a deal the two countries signed in 2017. Concerning the deal, German Chancellor Angela Merkel said: “We cannot have German soldiers anywhere in the world, but we can very well pass on our know-how.”

A large-scale military alliance is forging between the two countries.

This increased military cooperation is not only of great geopolitical significance, but also of great prophetic relevance. In the Bible, Psalm 83 describes an alliance between Arab nations and Germany. Daniel 11:40 records that the alliance is targeted against Iran. Specific nations mentioned in the Psalm 83 prophecy include Assur (Germany), Edom and Amalek (Turkey), Ishmaelites (Saudi Arabia and neighboring Gulf nations), and Moab and Ammon (Jordan).

These nations will use their incredible military power to strike out at their common enemy, radical Islam led by Iran (Daniel 11:40). Germany is preparing Saudi Arabia’s military for this prophesied clash. Regarding this prophecy, Trumpet editor in chief Gerald Flurry wrote in 2013:

The Iranians are so focused on conquering their own objectives that they don’t see what the Germans are doing. They don’t recognize how Germany is planning for the bigger war to come! No one but the Trumpet recognizes it! But the facts are visible for anyone to see.

Iran is Israel’s number one enemy. For this reason, the Jewish nation may temporarily rejoice over this military alliance. But the Psalm 83 prophecy clearly shows that the ultimate goal of this alliance will be to destroy Israel. Anti-Semitism is growing in both of these countries; we can expect this trend to continue.

The Trumpet has warned since 1992 about this coming clash with Iran. With the understanding of the Psalm 83 prophecy, we have expected German cooperation with Saudi Arabia to increase, despite reports of Saudi humanitarian violations and public German upset.

Our expectation has been realized. Over the years, we have seen more and more evidence that the prophesied clash is imminent.

To learn more about the prophecies behind this coming clash and where it will ultimately lead, read Mr. Flurry’s article “Germany’s Secret Strategy to Destroy Iran” and request his free booklet The King of the South.

Germany is pursuing an evil military plot that will entangle humanity into a far greater crisis than the one in Yemen—another world war. But the God who prophesied of this coming war also has a grand plan to save mankind from its evil. The above-mentioned literature will explain God’s plan for mankind in greater detail.