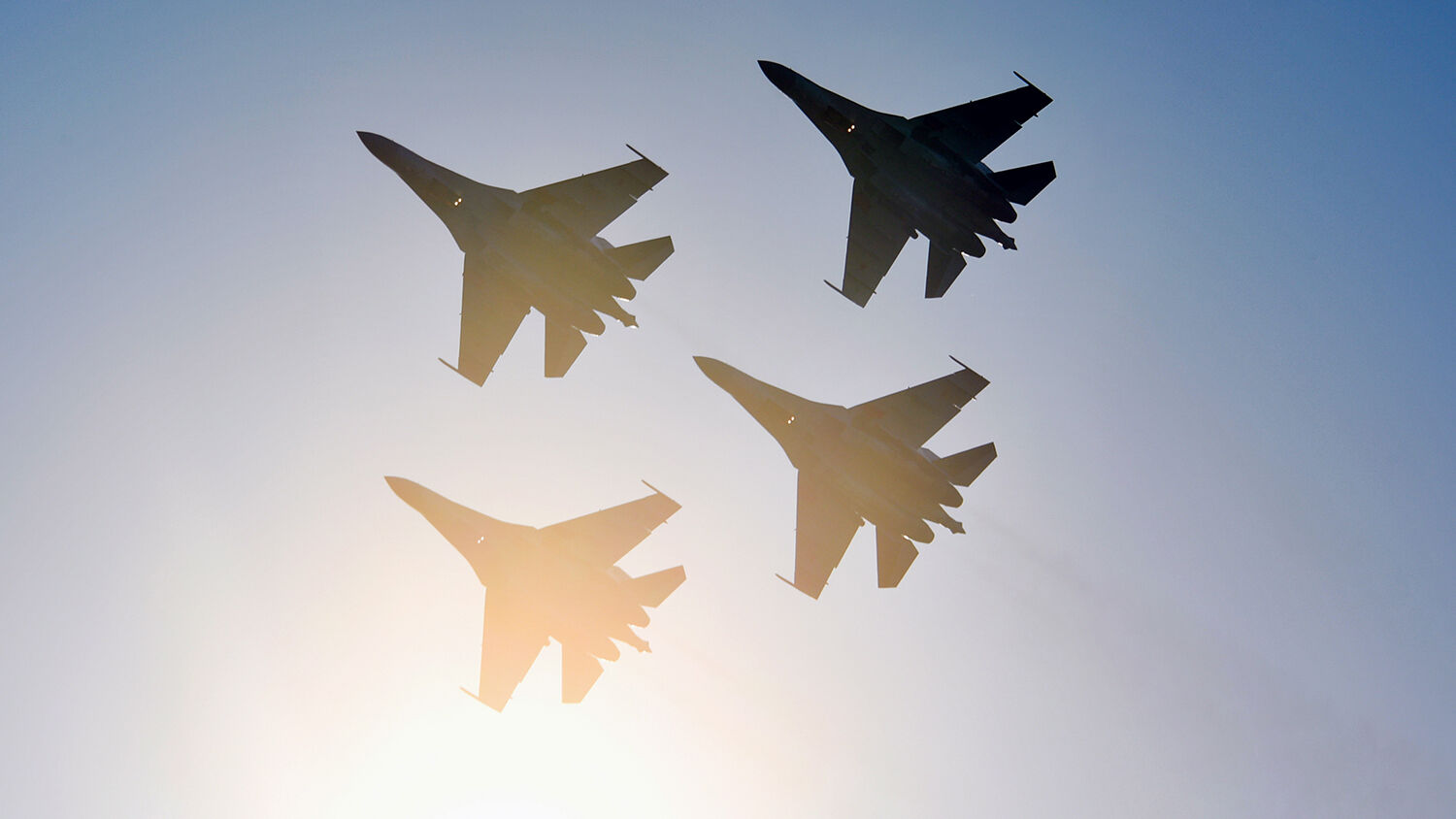 Time has shown that Herbert W. Armstrong’s forecasts about Russia and China are right.

Russian and Chinese officials signed a contract worth $2.5 billion for the jets in 2015, at a price of around $85 million per unit. This made China the first nation to buy the upgraded, multirole aircraft from Russia. The first batch of four was delivered to China in 2016, and the second consisting of 10 in 2017. The final delivery is believed to have been made late last year but was only just announced.

“In compliance with the contract, all the Su-35 planes have been delivered to the foreign customer,” the Federal Service was quoted by tass as saying.

A Chinese Air Force source told ihs Jane’s, “The Su-35 will be complemented by air-to-air and air-to-ground missiles, as well as unguided rockets, guided bomb units and unguided bombs.” The source said they will carry “R-27, R-73, and rvv-family [air-to-air] missiles and Kh-35E anti-ship missiles.”

China’s purchase of Russian fighter jets is the latest indicator of rapidly strengthening relations between Russia and China.

In the last 15 years, the two nations have held 30 joint military exercises. China has become the largest and most consistent customer for Russia’s weapons industry. It made a landmark purchase of Russia’s S-400 antiaircraft missile systems. A warm personal relationship continues to deepen between Russian President Vladimir Putin and his fellow authoritarian in China, Xi Jinping.

Stephen Blank, a senior fellow with the American Foreign Policy Council, said he has been frustrated with the failure of many experts to recognize how deep the Russia-China partnership has become. “It is long since time that analysts and policymakers acknowledged the reality that is evolving right before their eyes,” he wrote of the Russia-China relationship in January.

One reason some analysts have been slow to acknowledge the reality of the Russia-China partnership is because of how starkly this new reality contrasts with these two nations’ recent history of conflict.

A Dramatic Change in Course

In the mid-20th century, hostilities broke out between Communist China and the Soviet Union regarding the 2,738 miles of border they shared and over how communism should be implemented worldwide.

On March 2, 1969, these tensions escalated into war. And the two sides had their nuclear warheads ready to be loosed upon each other. “This wasn’t East versus West; this was East versus Far East—a murderous mirror image of the standoff between communism and capitalism,” wrote All About History. “This was the other cold war.”

The Sino-Soviet war never went nuclear, but the conflict resulted in more than 20 years of deep distrust and friction between them.

Yet even during those decades of animosity between Russia and China, there was one bold analyst who repeatedly said the two would lay aside their differences and form an axis that would change the world.

Herbert W. Armstrong first forecast a Russia-China alliance in the June-July 1934 issue of the Plain Truth magazine, discussing “a gigantic world war, yet future, in which Soviet Russia, together with many allies … possibly China or Japan” will play a major role.

Even in December 1959, when tensions between Russia and China were quickly intensifying, Mr. Armstrong’s magazine said the two would eventually bury the hatchet and become partners. “Russia’s program … calls first for the seizure of Asia,” the Plain Truth stated. It added that China, in order to achieve its long-term goals, might acquiesce to coming under Russian leadership—at least temporarily. China’s “constant dream for centuries has been ultimate world conquest,” the Plain Truth wrote, adding that “China knows, however, that in this highly industrialized age she can accomplish this dream only as an ally of Russia“ (Plain Truth, December 1959).

Mr. Armstrong and his magazine reiterated the same forecast several times from 1934 until his death in 1986, saying that Russia and China would transition from foes to friends.

When he died in 1986, Russia-China relations remained deeply strained. But developments over the last 15 years—including the recently completed delivery of Russia’s advanced fighter jets to China—show that Mr. Armstrong’s forecast was accurate.

Mr. Armstrong was able to accurately and successfully predict the Russia-China partnership because his primary “intelligence source” was the Bible. The December 1962 Plain Truth cited one of the main scriptures that informed Mr. Armstrong’s forecasts about Asia:

Mr. Armstrong explained that the phrase “kings of the east” referred to Russia and China.

Ezekiel 38:2 also informed his prophecy: “Son of man, set thy face against Gog, the land of Magog, the chief prince of Meshech and Tubal, and prophesy against him.”

Mr. Armstrong explained this verse in the June 1957 Plain Truth. “‘Gog’ in the land of ‘Magog’ is Russia, Mongolia and China. ‘Meshech’ is Moscow, ‘Tubal’ is Tobolsk — the Great Russians today,” he wrote. “The margin says ‘Prince of Rosh,’ which is [White] Russia.” Mr. Armstrong pointed to other Asian nations mentioned in Ezekiel 38:5-6 and concluded: “[T]his prophecy of Ezekiel 38 shows that it is Russia and China who shall finally succeed in marshaling all the [Asian] races” into a unified bloc.

He relied on the Bible to understand what was happening on the world scene. And time has proved that his understanding was correct.

Bible prophecy shows that the arrival of the Russia-China partnership means mankind is very near to a nuclear World War iii. This will be a time of unprecedented conflict, devastation and suffering.

But Bible prophecy also shows that World War iii will be interrupted before mankind detonates enough nuclear and other weapons to wipe out human life. Matthew 24:21-22 show that Jesus Christ will interrupt the conflict. He will bring in a new epoch of peace to the world. This is the best news we could hear. It is spectacularly good news. Christ will rule the Earth as King of kings and Lord of lords and bring the stability and peace that men have failed time and again to establish.