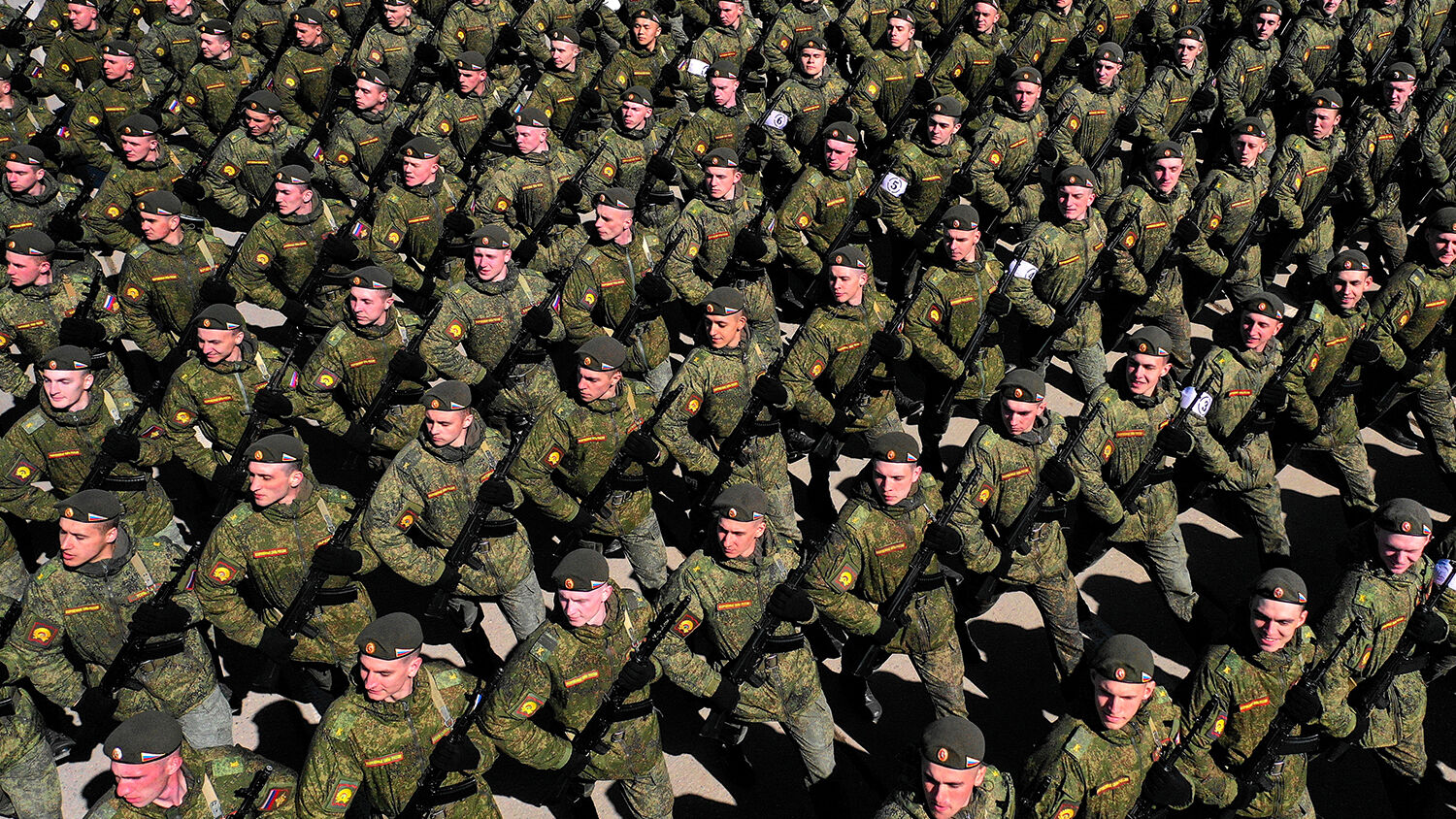 Russian aggression will help ‘shape and form the Holy Roman Empire rather suddenly.’

Russia’s Federation Council warned on April 10 that violations of freedom of navigation rules by Ukrainian vessels in the Kerch Strait could spark a “military conflict.” Such Russian threats and provocations are not just intimidating Ukraine, but frightening the nations of Europe in a way that will lead to large-scale conflict.

“The passing of Ukrainian ships through the Kerch Strait is not a question of the balance of force or of nato’s presence in the Black Sea region. It is exclusively a problem of Ukraine’s compliance with the established procedures that are well-known to it and had been successfully used by it up to November 2018,” read a statement from the Russian Federation Council. “Ukraine’s attempts to bypass these procedures are fraught with the risk of a military conflict between Ukraine and Russia in which nato may be involved.”

The statement also blamed the nato alliance for antagonizing Russia in the Black Sea region since 2008: “nato’s support for Georgia during the tragic events in August 2008 and now for Ukraine, in particular, on Nov. 25, 2018, when Ukrainian naval ships illegally crossed the state border of Russia in the Kerch Strait area incites the leaders of these two countries.” Out of 29 total nato member nations, 26 are European.

Before March 2014, ships from other countries could freely navigate the Black Sea. But after Russia illegally annexed Crimea, the waters have become a flashpoint for Ukraine, nato and Russia. As a result, Russia accelerated its militarization of Crimea to assert control over the area. It currently has about 28,000 soldiers stationed in the Crimean Peninsula, and it closely monitors Ukrainian vessels sailing in the Black Sea. The Black Sea has significant geostrategic value for Ukraine because it links its economy to the world’s markets. In November 2018, the Russian Coast Guard opened fire and captured three Ukrainian Navy vessels in the Kerch Strait, which links the Black Sea to the Sea of Azov. The crews that were captured remain detained in Russia.

As you watch these developing tensions, focus on Europe.

The Europeans are deeply concerned by the increasingly aggressive direction of President Vladimir Putin’s Russia. Russia’s belligerent actions have frightened the nations of Europe, moving them toward a war footing.

In an April 3 address to a Joint Meeting of the United States Congress, nato Secretary General Jens Stoltenberg said nato has responded to Russia’s recent provocations “with the biggest reinforcement of our collective defense in decades.”

“For the first time, we have combat-ready troops deployed in the east of our alliance,” he said. “We have increased the readiness of our forces.” In order to counter Russia, he said, nato has tripled the size of its response force, modernized its command structure, bolstered cyberdefenses, and increased support for Georgia and Ukraine.

‘The Fear You See in Europe’

The fear you see in Europe because of events in Crimea is going to cause 10 leaders in Europe to unite in a sudden and dramatic way—and in precise accordance with the Bible’s description of that European Empire! …

Mr. Flurry’s analysis is based on specific end-time Bible prophecies. The books of Daniel and Revelation provide many details about the Holy Roman Empire that will soon form in Europe, which you can understand from our free book The Holy Roman Empire in Prophecy. Ezekiel 38:1-8 describe a “prince of Rosh” (an ancient name for Russia) emerging in the “latter years” (this generation) and leading the nation to war.

“No politician could fill that role better than Vladimir Putin,” Mr. Flurry wrote, “and I don’t believe there is time for any other man of such stature to rise on the world scene.”

Mr. Flurry added that “Putin’s fulfillment” of the prince of Rosh prophecy is “having a fierce impact on Europeans far more than on any other people in the world.” He continued:

That prophesied “prince of Rosh” is a powerful man, and he is having a forceful effect on Europe. The reaction within Europe to this crisis is something you need to watch, because it is shaping and molding the future composition of the Holy Roman Empire! It is making European leaders move urgently to tie together this Holy Roman Empire that we have been prophesying about for so many years.

Russia’s threats on April 10 intensify Europe’s already palpable fear of Putin’s Russia. It will prompt the nations to speed up militarization and unification and hasten the fulfillment of the Bible’s prophecies about a Holy Roman Empire in the “latter years.”

‘This Is All Good News’

Prophecy and current events show that a time of unprecedented war and destruction is on the horizon. But Mr. Flurry makes clear that Russia’s aggression in Crimea and beyond, the militarization of Europe, and the imminent global conflict will not last long. In fact, it will give way to the spectacular return of Jesus Christ. In The Prophesied ‘Prince of Russia,’ Mr. Flurry writes:

Mr. Putin’s warfare is going to lead directly into the Second Coming of Christ. …

We have to realize that this is all good news because Jesus Christ is going to return to this Earth at the very end of the coming world war ….

Jesus Christ is about to return—biblical prophecy makes that clear.

To understand what Bible prophecy forecasts about Russia and Europe and how these prophecies culminate in the return of Jesus Christ, please request your free copy of The Prophesied ‘Prince of Russia.’