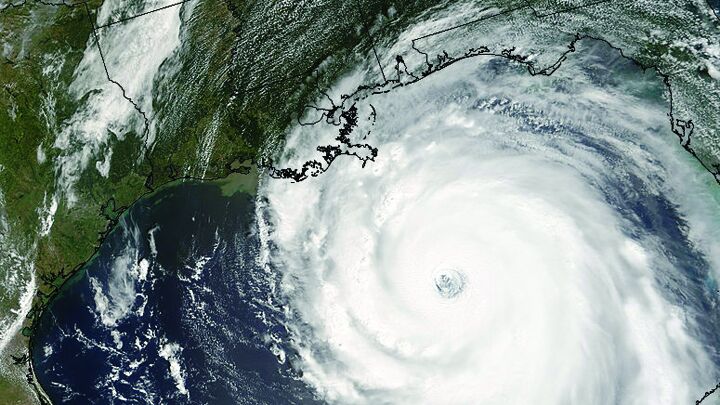 Considering the three massive weather disasters that smashed the U.S. in the past two months, this often-asked question demands an answer.

It is amazing how little religious people know about the Bible. And the Bible is supposed to be the source of Christianity. The Bible is Jesus Christ in print.

People are called Christians because they supposedly follow Christ. Christ said that we are to live by every word of God (Matthew 4:4). That includes both the Old and New Testaments.

The problem is, most Christians today talk a lot about Christ, but they reject His message.

The Bible is also a book about Israel. We often talk about the lost tribes of Israel. Why were they lost? Because God punished them for their evil ways. Not only were they conquered, but they were also removed from their own land! Then they lost their own identity and thought of themselves as Gentiles.

Today Israel is comprised of several nations. Bible prophecy tells us that the most powerful nations of Israel will be in captivity when Christ returns—again, because of their sins. And again, they will be removed from their own nations. (Request our free book The United States and Britain in Prophecy for more information.)

Jesus Christ will destroy the remaining world powers when He returns!

The truth is, most people are biblical illiterates—that includes Christians.

God’s Word contains over 100 prophecies warning us about Israel being destroyed in this end time. Let me give you one from an end-time book (Daniel 12:4, 9). “As it is written in the law of Moses, all this evil is come upon us: yet made we not our prayer before the Lord our God, that we might turn from our iniquities, and understand thy truth. Therefore hath the Lord watched upon the evil, and brought it upon us: for the Lord our God is righteous in all his works which he doeth: for we obeyed not his voice” (Daniel 9:13-14). These verses clearly tell us that God is bringing disasters upon us—like hurricanes—to get us to change our evil ways. The Bible is filled with such prophecies.

The Bible says we are more evil than the nations around us. God is not about to remain silent! Study the Bible and learn what your Creator thinks of our evil.

God also tells us in these two verses that the Law of Moses (the first five books of the Bible) prophesies about these curses coming upon us in the end time. In those prophecies, God sets before us a choice: good or evil—blessings or curses. Then He tells us to choose life and blessings. God even lists the blessings and the curses that will come upon us—depending on our choice.

Those people who say God wouldn’t send those hurricanes to punish us need to be asked a question. Since God obviously has the power to stop the hurricanes, why didn’t He do so?

If we are a righteous people, God promises to protect us. He isn’t doing that. Why? Because we lead the world in evil—in every major pathology!

I see God’s mercy in hurricanes Katrina, Rita and Wilma. The heart of America’s oil production was only slightly damaged in these hurricanes. What if the oil rigs and many refineries had been virtually destroyed as some authorities expected to happen? Then America’s economy would have been seriously crippled and might never have recovered! It would have caused a serious oil crisis in the U.S., and we all know how bad the oil crunch is even now.

America (and the world) is only one deadly hurricane away (not to mention a terrorist attack or a war in the Middle East) from an energy crisis.

In these hurricanes, God extended mercy, giving us a chance to change our evil ways. This magazine makes that evil extremely clear in every issue.

When will hurricane-type suffering stop? When we heed God’s warning. If we don’t heed, Bible prophecy clearly outlines what our end will be.

But even if we don’t repent, a new and wonderful world is about to be ushered in. To learn about it, request our free booklet The Wonderful World Tomorrow—What It Will Be Like.