The United Nations’ chief prosecutor for war crimes has claimed the Vatican is sheltering a Croatian war criminal. For those familiar with post-World War II history, this case resurrects memories of the ratlines. 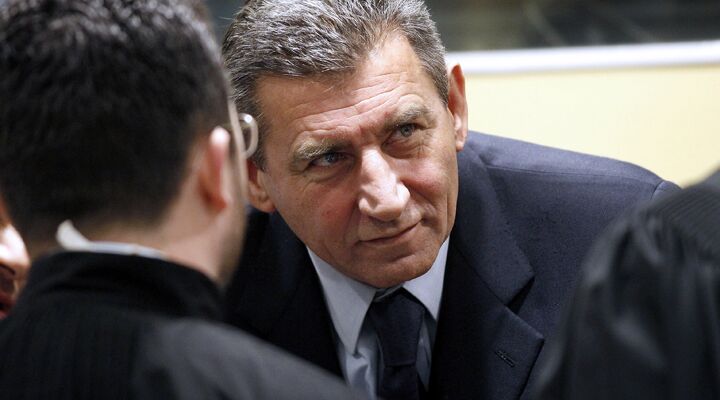 The United Nations’ chief prosecutor for war crimes has claimed the Vatican is sheltering a Croatian war criminal. For those familiar with post-World War II history, this case resurrects memories of the ratlines.

Students of Vatican history are familiar with the Vatican’s involvement with an orga-nization known as Odessa that bankrolled the escape of many a Nazi from Europe following World War ii. They are also familiar with an underground network of safe houses and escape routes used by the Nazis in the closing stages of and years immediately following the war. This network became commonly known as “the ratlines.”

The general public remains basically ignorant of the high level of involvement of the Vatican hierarchy in the operation of the ratlines. This covert network allowed safe haven in monasteries and other church facilities, and used church manpower to facilitate the escape of countless thousands of Nazis to Latin America, Africa, the Middle East, Canada, Australia and even the United States of America.

The average person is also probably unaware that the current pope, Joseph Ratzinger, was connected to the operations of the Vatican ratlines network of Nazi escape routes.

To anyone familiar with this sponsorship by the Vatican State of the Nazi escape routes, it will come as no surprise that Carla del Ponte, the United Nations’ chief prosecutor for war crimes, claimed in late September that the Vatican is sheltering Croatian war criminal Ante Gotovina. “I have information he is hiding in a Franciscan monastery and so the Catholic Church is protecting him,” she said. “I have taken this up with the Vatican and the Vatican refuses totally to cooperate with us” (Reuters, September 20).

Reuters further indicated that Del Ponte claimed “Gotovina, a former general wanted for atrocities against Croatian Serb civilians by his troops in 1995, was being sheltered in one of 80 monasteries in Croatia and the Vatican could probably find out where ‘in a few days.’”

Del Ponte, a Roman Catholic herself, is in a prime position to make such a statement. Her office allows high-level contacts that enable her to be patently aware (like all top-level officials involved in international politics, security and defense) that, as she declared, “the Catholic Church has the most advanced intelligence services” (ibid.).

Gotovina is no petty criminal. As the bbc reported, “Forces under General Gotovina’s command are accused of killing scores of Serbs and expelling up to 200,000 from the Krajina region, now part of Croatia. Many in Croatia regard him as a national hero” (September 20). Whereas Croatia is overwhelmingly Roman Catholic, Serbs subscribe mainly to the Orthodox religion.

Although Del Ponte now claims the Vatican is cooperating, finally, with her investigations, when she raised the issue last July in Rome with Archbishop Giovanni Lajolo, the Vatican’s equivalent of foreign minister, the Vatican informed her that it had no obligation to help the UN track war crimes suspects. Ordinarily such a stance would be regarded as simply obstructing the process of justice; however—as with Pope Benedict xvi’s stance on charges of the Vatican’s complicity in pederasty in the priesthood—he simply regards the church as being above the civil law. As the Vatican State informed the nation of Israel when it complained about Ratzinger’s failure in a recent speech on terrorism to condemn Palestinian terrorist acts against that country, no power may dictate to the pope!

So it is that the Trumpet sees the shadow of the old Nazi ratlines rising to once again cloud the prospects of true justice being imposed in bringing Catholic fascists to book. We have consistently warned of this past repeating itself. Now we are not only witnessing an approach by the Vatican to the Gotovina case identical to that applied to the sheltering of Nazi war criminals 60 years ago, we see none other than the pope himself directly involved, once again, in frustrating the course of true justice. Such a stance by Benedict, so early in his papacy, bodes ill for the future of Europe, and indeed the rest of the world.