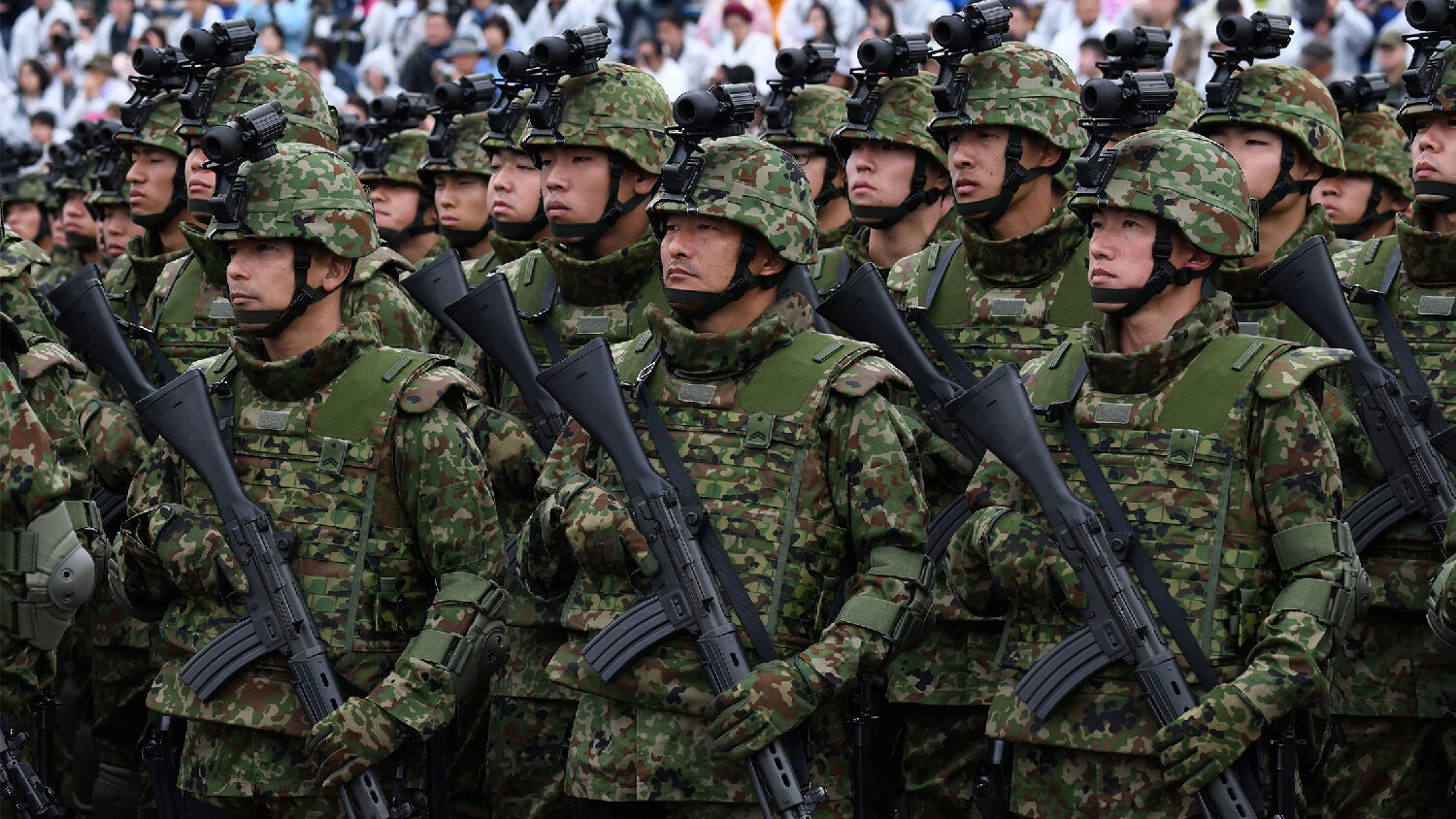 Chinese aggression is one of many factors driving Japan to normalize its military.

Japan deployed hundreds of troops and missile units on its southwest islands on March 26, in a move to counter Chinese aggression in an area where China’s navy vessels sail frequently.

The Ground Self-Defense Force established new camps in two of Japan’s southern Islands. Amami Oshima island, located more than 300 miles south of the Japanese mainland, will host more than 550 troops while Miyakojima island, near the Senkaku Islands, will host around 380 troops. The Senkaku Islands (called “Diaoyu” by China) are controlled by Japan and claimed by China.

Missile units fitted with surface-to-ship missiles and surface-to-air-missile capabilities were deployed on both islands. The government is also preparing another battalion of around 500 to 600 troops and missile systems in Okinawa’s Ishigaki island, about 60 miles southwest of Miyakojima island. Chinese ships have frequently entered Japanese waters around the Senkaku Islands, raising tensions between Tokyo and Beijing. Previously, Japanese troops only occupied mainland Okinawa and Yonaguni, the westernmost island of Japan. By deploying troops and missile units on islands that did not have a military presence before, Japan is filling a defense “vacuum” against possible confrontation with China in the area. “Japan’s defense front line is now the southwestern region, so we’ll beef up our capability and deterrence in that area,” Defense Minister Takeshi Iwaya said in a press conference.

These moves reflect Japan’s commitment to strengthening its defense capabilities in outlying islands under the latest Medium Term Defense Program, which puts Japan on track to spend $240 billion on military procurement over the next five years. The program will allow Japan to acquire more advanced missiles.

These deployments show that Japan is accelerating its remilitarization. With the United States slowly backing away from its defense commitments, China increasingly becoming more belligerent toward its neighbors, and an unstable North Korea in possession of nuclear weapons that could strike Japan, the Japanese are seriously looking to build up their military to counter these threats. Considering these dangers, many observers see Japan’s military buildup on its southwestern islands as a positive step.

The last time this advanced nation armed itself, it launched an aggressive and largely effective campaign to dominate East Asia and the Pacific, instigating massive bloodshed in the lead-up to and during World War ii. After the war, the U.S. and its allies banned Japan from maintaining a military in order to prevent a repetition of its wartime savagery. Article 9 of Japan’s postwar Constitution states that the “Japanese people forever renounce war as a sovereign right of the nation.” This clause outlaws Japan from maintaining “land, sea and air forces, as well as other war potential.”

The Trumpet and its predecessor, the Plain Truth, have forecast for many decades that Japan would remilitarize. In 1971, when Japan was still largely pacifist, Plain Truth editor in chief Herbert W. Armstrong predicted that the Asian nation would once again build its military and become a strong power. He wrote in the March 1971 issue:

Japan today has no military establishment. … But we should not lose sight of the fact that Japan has become so powerful economically that it could build a military force of very great power very rapidly.

Mr. Armstrong’s forecast is founded on Bible prophecy, which says that in the end time, Japan will be part of a bloc of Asian nations called “the kings of the east” (Revelation 16:12). Ezekiel 38 shows that a populous bloc of Asian nations, led primarily by Russia and secondarily by China, will form during the end time. Verse 6 states that “Gomer” and “Togarmah”—the ancient names of the people living in modern-day Japan—will be part of this Asian alliance. This indicates that Japan will return to full-fledged militarism. Since China is prophesied to be part of this alliance, China and Japan will soon lay aside their differences and their turbulent history and start to lend their military power to “the kings of the east” bloc.

Events since Mr. Armstrong made his bold prediction have proved him right: Japan now possesses one of the strongest militaries in the world.

To learn what the future holds for Japan, please read our free booklet He Was Right and our Trends article “Why the Trumpet Watches Japan’s March Toward Militarism.”