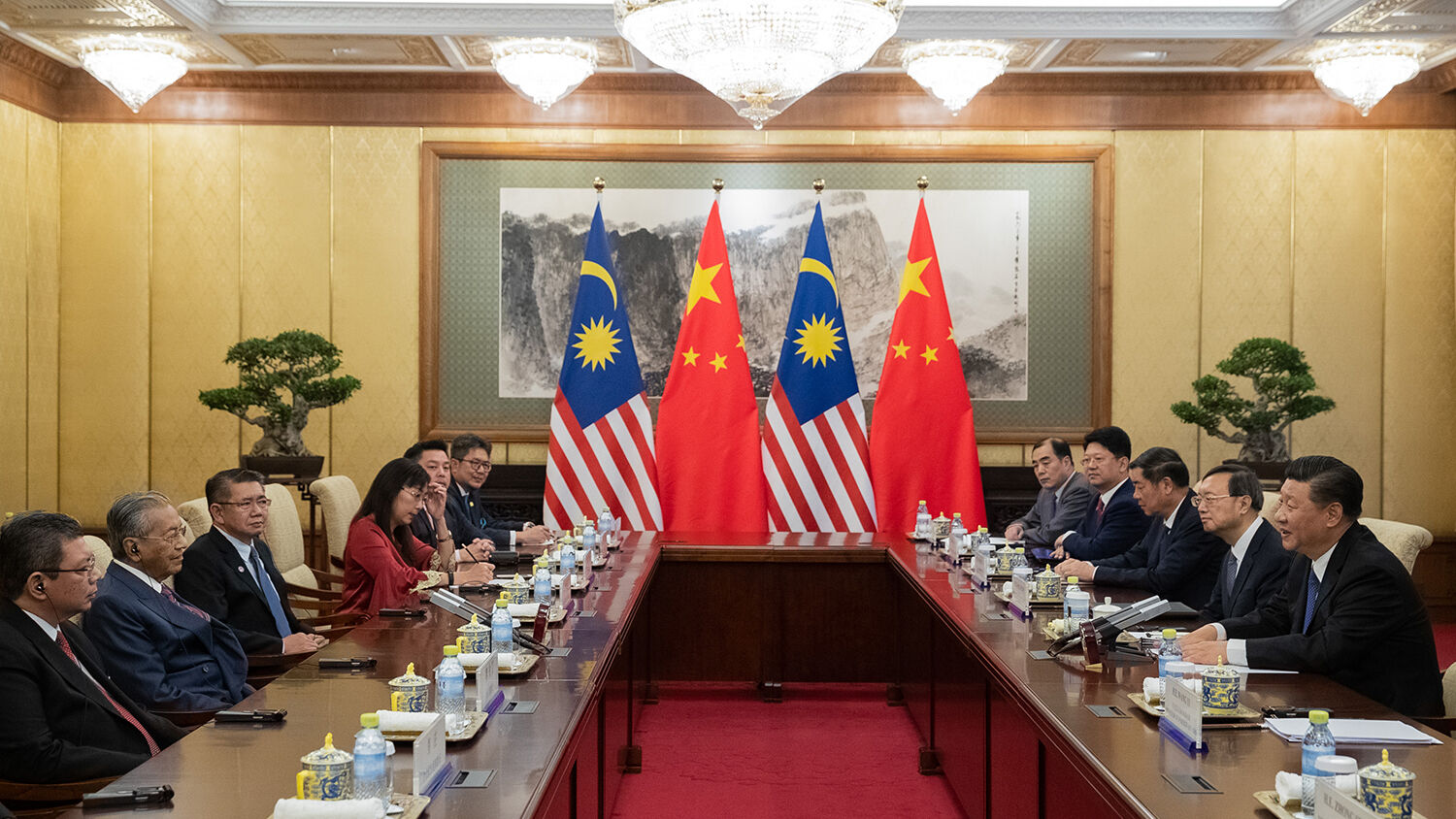 Malaysian Prime Minister Mahathir bin Mohamad would choose China over the United States if his country was forced to take sides in the trade war, he told the South China Morning Post in a story published on March 8.

“Well, it depends on how they behave,” Mahathir said. “Currently, I think the U.S. is very unpredictable as to the things that they do. At this moment, we have to accept that China is close to us. And it is a huge market. We want to benefit from China’s growing wealth. So at this moment, economically, we would prefer China ….”

After winning the election last year, Mahathir maintained a critical view of China. By acknowledging China’s economic power, Mahathir is softening his rhetoric. This could be the beginning of a partnership between China and Malaysia.

In the interview, Mahathir praised China’s Belt and Road Initiative, saying Malaysia “supports” it. “Whatever may be our attitude toward China, we have to admit that China is a big power,” he said. “It is a regional power and we need to deal with them. We need to understand their policies and strategies, and we have to make adjustments so that we can gain some benefit from China’s policies. So I am going there [to Beijing] because I want to listen to what they are saying about the Belt and Road ….”

Unlike most of the West, Mahathir doesn’t believe that China’s ambitious Belt and Road Initiative is connected to the “attempted dominance of China.” He said, “What is happening now is that China is a very rich country with plenty of capital. And they are using the capital to penetrate into many countries right up to Africa and even the Caribbean. … Chinese by nature are very good business people.”

The Belt and Road Initiative is widely seen as China’s strategy to exert influence and leverage on target nations. By lending excessive amounts of money to nations that cannot repay those loans, China traps the debtors and forces them to exchange their assets for debt forgiveness, giving China considerable influence in the country. Mahathir justified this claim by giving an example in history: “[T]he Europeans came to the East and they very simply conquered the East. So we became their colonies. So far, I think we have not become colonies ruled by China, but we have put ourselves in a position where China has strong influence on our economy and maybe even over our politics.”

Recent trends show that nations in Southeast Asia are shifting their alliances from the U.S. to China. In the May 2017 Trumpet issue, we wrote:

At first glance, this may appear to be driven by the smaller Asian nations’ increasing fondness for China. … But these course changes are happening mostly because Asian nations are acutely aware of America’s decline and China’s rise. Their desire for self-preservation prompts them to realign accordingly. …

These nations see China’s big stick hovering in the background, and also see that the U.S. can no longer be relied upon to protect them from it. So they are making a calculated realignment: If you can’t beat them, join them.

As a result of this arrangement, Asian nations such as Malaysia will likely be integrated into an alliance with China and Russia. Revelation 16:12 refers to this alliance as “the kings of the east.” Revelation 9:16 describes a massive Asian army comprised of 200 million soldiers. Ezekiel 38 shows that this army will be led primarily by Russia and secondarily by China. The nations rallying around China today are setting the stage for “the kings of the east” prophecy to be fulfilled.

Malaysia and other Asian nations can clearly see America’s power declining and China’s power rising. They see a power vacuum in the region and perceive that China is filling it. This is why many Asian nations prefer China over the U.S.

To understand more about this subject, please request your free copy of our booklet Russia and China in Prophecy.