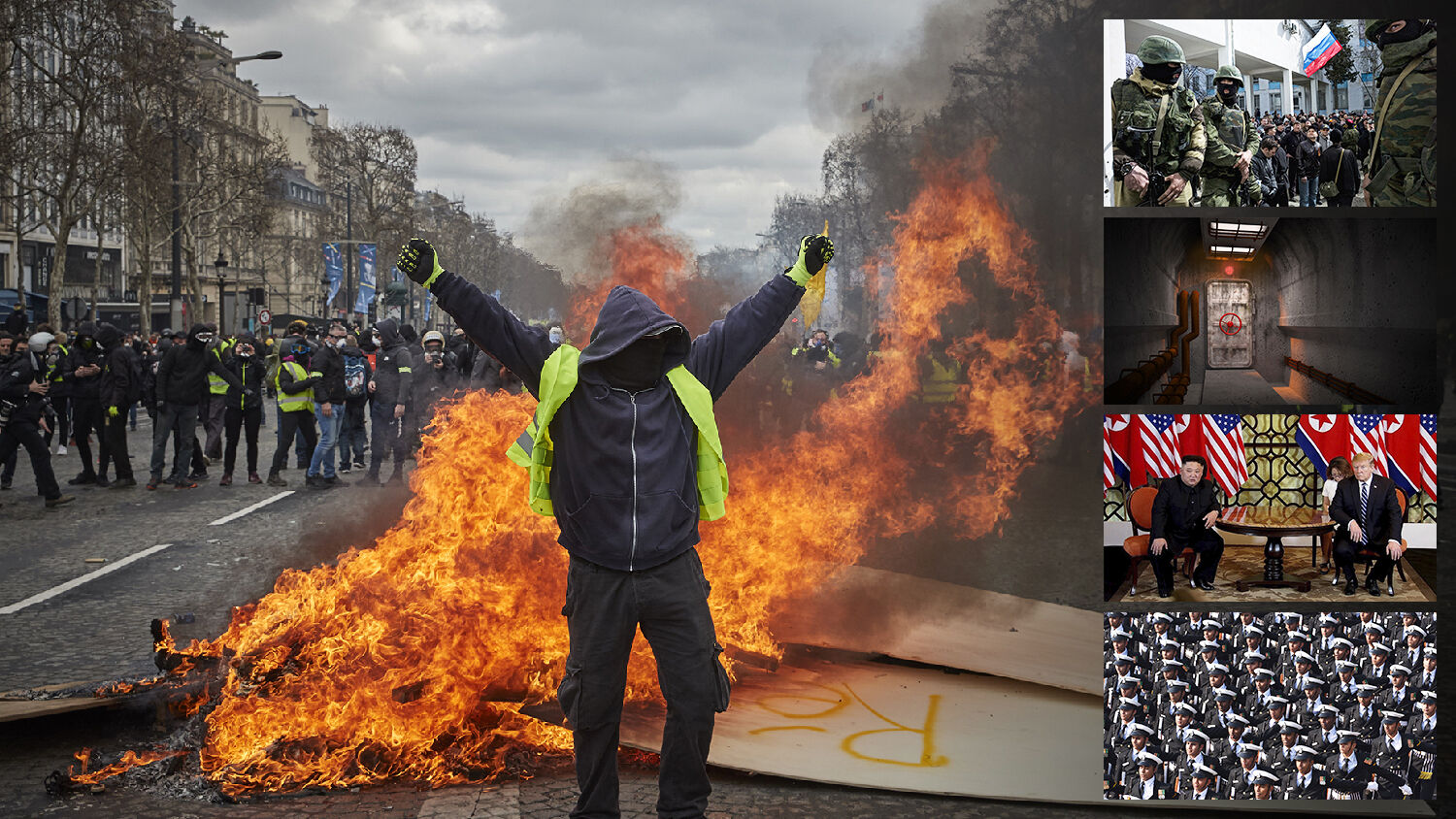 Understanding what really happened in Crimea, from the state of the world in the 1980s to the era of Vladimir Putin to today, will help you realize why world war looms in the future.

“The major question that has emerged from the Hanoi talks [between United States President Donald Trump and North Korean leader Kim Jong-un] is what Japan will do now,” George Friedman wrote for Geopolitical Futures on March 5. He pointed out that Japan has the third-largest economy in the world, a powerful military and “an enormous capacity to increase that force.”

The collapse of those talks gives Japan more reason than ever to accelerate its return to militarization. Such a militarization of the supposedly pacifist nation has profound, prophetic ramifications.

By signing this deal, which took six years of negotiations, India is ignoring America’s threats of sanctions and showing that it places a higher value on its alliance with Russia and other regional powers.

For the 18th week in a row, protesters wearing yellow vests spilled into Champs Elysées, Paris, to vent their anger. The latest wave of protests on March 16 was especially notable for the violence of troublemakers within the protest group, as well as for police inaction.

Around 5,000 police officers were deployed against only a few hundred protesters. However, the police force did little to stop the violence, watching while protesters smashed and looted storefronts and burned buildings, cafes and cars for seven hours.

The yellow vest movement represents a larger wave of popular anger sweeping through Europe. “In a way, it’s a revolution,” wrote Sylvie Kaufmann, a columnist for Le Monde.

Unrest and discontent are increasing in European nations as more people look for a change in leadership. They want a leader who will address their concerns. The question is, where will such a leader come from?

Around the world, individuals are paying big bucks to prepare for a nuclear disaster. “Certain people are getting richer,” said Paul Weldon, managing director of the Panic Room Co., “and, as the world’s issues get more complicated, security comes higher up their list of things they need and want.”

More and more people are taking world dangers seriously. But will safehouses and stockpiles of food be enough? Or will people need the supernatural help that God promises to provide?