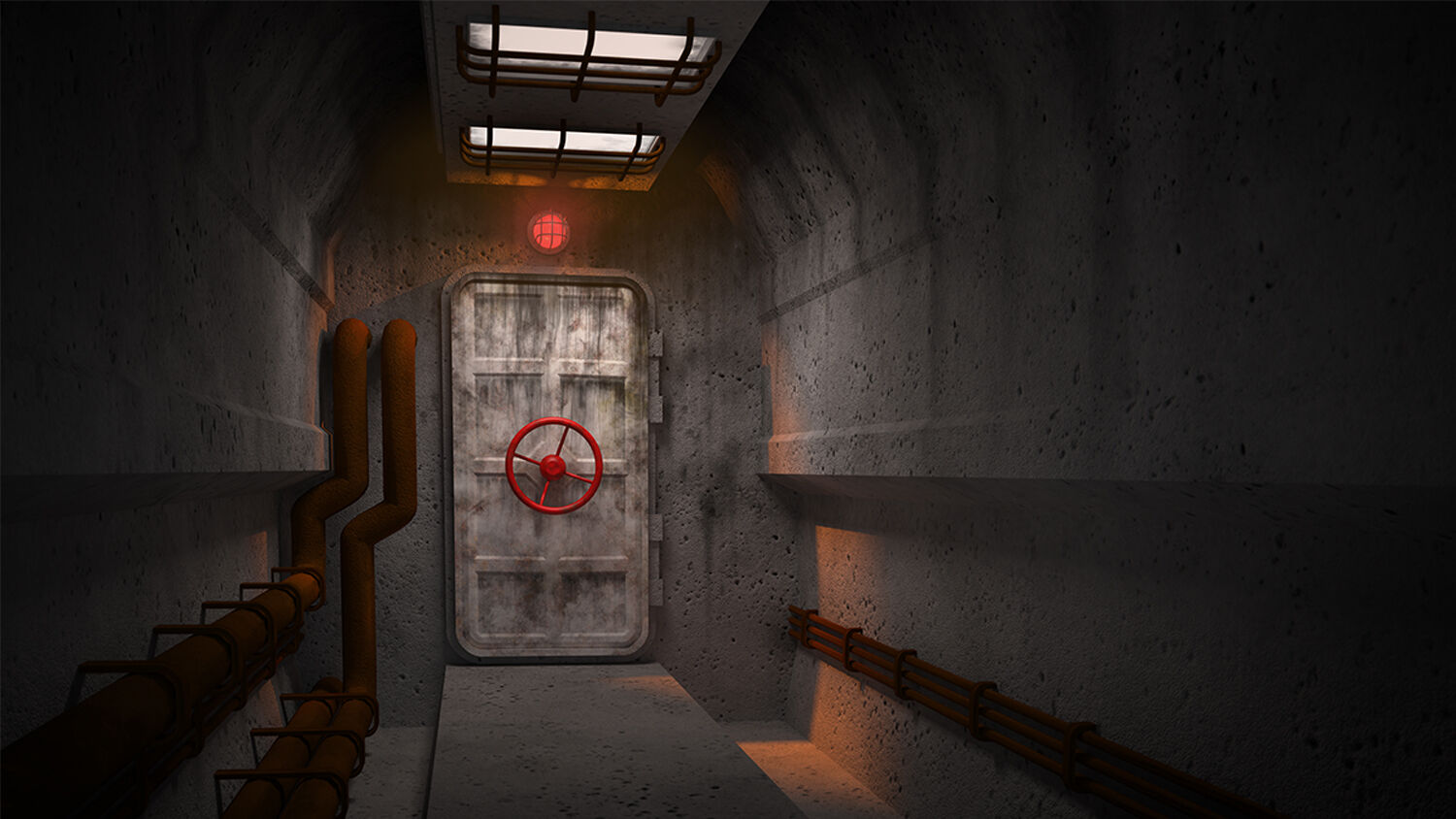 More and more people are taking world dangers seriously. Will safehouses and stockpiles of food be enough?

Around the world, private individuals are paying big bucks to prepare for a nuclear disaster. Firms such as the Panic Room Co. in Britain have recently reported dramatic increases in sales.

“As the global political stage becomes increasingly volatile,” the Panic Room Co. writes on its website, “we have recorded a dramatic increase in enquiries in this area [of residential nuclear bunkers]. Our clients demand guaranteed Nuclear, Biological and Chemical (nbc) protection within their own homes for themselves and their family.”

The Panic Room Co. installs nuclear bomb-proof bunkers and safe rooms for customers in cities and in relatively remote locations, both in and outside Britain.

“Certain people are getting richer,” said Paul Weldon, managing director of the Panic Room Co., “and, as the world’s issues get more complicated, security comes higher up their list of things they need and want.”

Rising S Bunkers, America’s leading steel bunker manufacturer, has reported a tripling of its sales and an increase in demand for luxury bunkers since 2016, following on the heels of rising political tensions.

Bunkers can vary in price, from simple underground shelters costing tens of thousands of dollars to luxury suites costing millions. In Kansas, an abandoned missile silo was renovated into a luxury condo complex with multiple power sources, aquaponics systems, a swimming pool, a gymnasium and other amenities. Apartments in this project cost $1.5 to $3 million.

The fear of nuclear catastrophe is real, with many investing thousands and even millions of dollars into their post-apocalyptic survival.

United States President Donald Trump walked away from nuclear talks with North Korean dictator Kim Jong-un. Iran’s nuclear program is alive and well. The Intermediate-Range Nuclear Forces Treaty between the U.S. and Russia has fallen apart. Germany is preparing to build nuclear weapons. The U.S., Russia, China and other nations already have enough nuclear weapons and delivery systems to annihilate every human being on Earth multiple times over.

But will bunkers and stockpiles of food and water really protect what’s left of humanity in the event of a global cataclysm?

A computer program by the American Geophysical Union Journal modeled the results of a small, limited nuclear war. The hypothetical war between India and Pakistan was limited to the use of 100 nuclear detonations, each equivalent to the “Little Boy” bomb dropped on Hiroshima in 1945. This limited nuclear war would have devastating global effects.

According to the model, the Earth’s ozone layer would diminish to “levels unprecedented in human history,” meaning humans around the world would be exposed not only to radiation from the bombs, but from the sun itself. Increased UV radiation would also damage ecosystems in every part of the globe. A worldwide drop in temperatures would reduce agricultural growing seasons by 10 to 40 days per year for five years. The world would see significantly less rainfall. A famine would result.

When nuclear war does come, it will certainly be far worse than a hundred 15-kiloton explosions.

Underground bunkers would be hard-pressed to save humanity from such disruptions of the Earth’s delicate calibration necessary for human—or any—life.

Jesus Christ Himself said as much when speaking of the deadly conflicts preceding His Second Coming. “For then shall be great tribulation, such as was not since the beginning of the world to this time, no, nor ever shall be. And except those days should be shortened, there should no flesh be saved” (Matthew 24:21-22). The Moffatt translation of this passage makes it clear that the potential destruction would be so complete that no flesh would be “saved alive”!

Trumpet editor in chief Gerald Flurry discusses this threat of nuclear annihilation in his free booklet Nuclear Armageddon Is ‘At the Door.’ He writes:

This is all tied to the Great Tribulation, or the fifth seal. In this seal, Christ also gives us an insight into the conclusion of the seventh seal—His return. …

Only God can solve our number one problem: that of human survival. Our only hope physically is to repent spiritually. If nations refuse, individuals can still repent and receive protection.”

We have to take note of this warning message, a message that Mr. Flurry has called “the most mind-staggering prophecy Jesus Christ ever spoke when He was on this Earth. Herbert W. Armstrong called it the pivotal New Testament prophecy.”

Nuclear bunkers cannot protect anyone from the effects of the nuclear war that will be part of the prophesied Great Tribulation. But God can and will protect those who have repented and dedicated themselves to Him! That protection is the physical hope we have if we obey God wholeheartedly.

And there is an even greater spiritual hope connected to our future after Christ’s return! Read Mr. Flurry’s free booklet Nuclear Armageddon Is ‘At the Door’ for God’s perspective of the crisis mankind has thrown itself into, and the incredible hope that lies beyond!