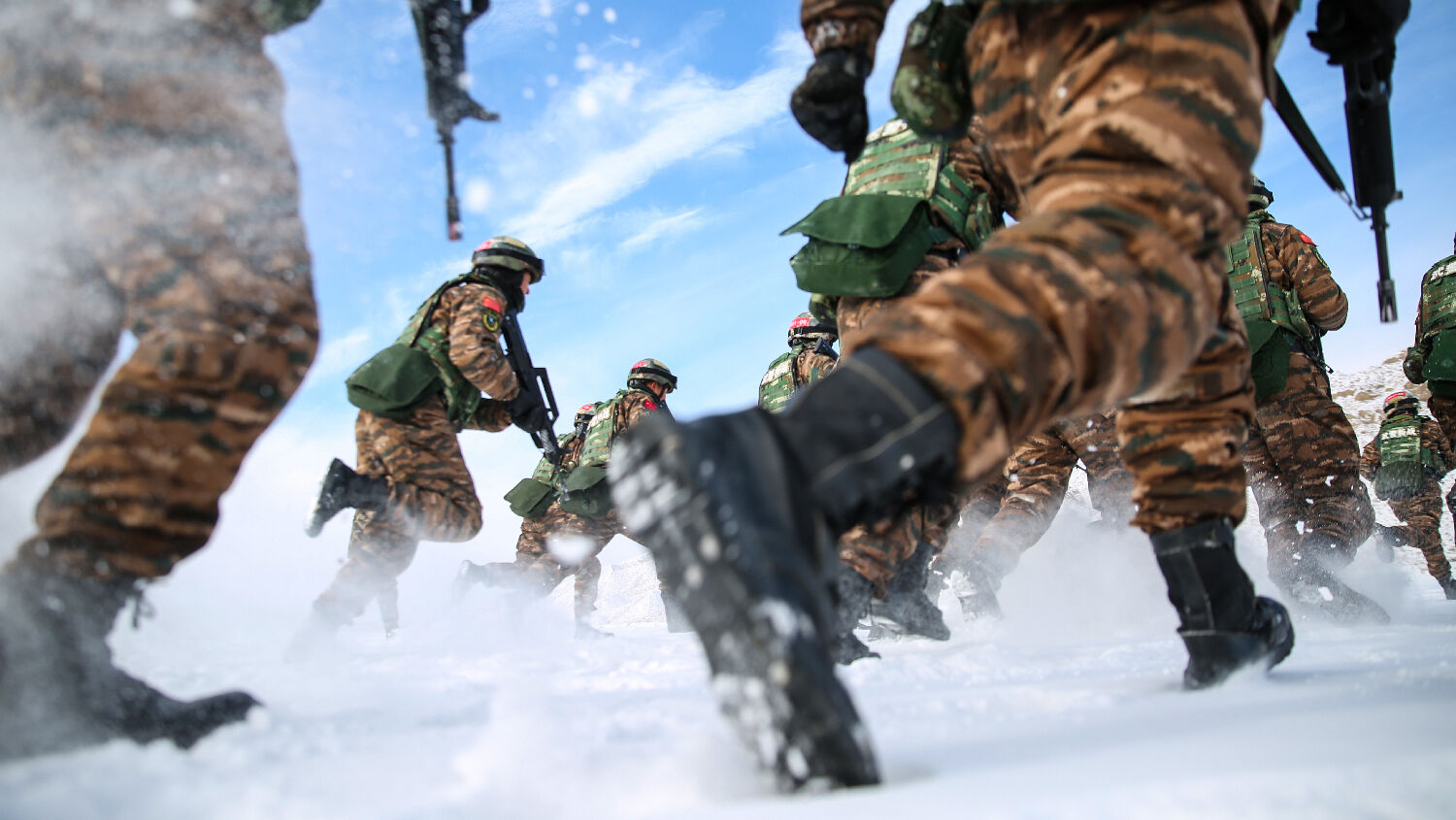 Taiwan recognizes China’s growing military might and braces for the possibility of war against the mainland.

Taiwanese President Tsai Ing-wen warned that China’s military threat is increasing “every day” and that nations surrounding China should be wary. In an interview with cnn on February 21, Tsai said that China’s aggressive foreign policy under Xi Jinping’s leadership is alarming. In a landmark speech last month, Xi called for a “peaceful reunification” of China and Taiwan, insisting that Taiwan’s independence is a “dead end” and reunification with the mainland is “inevitable.”

“With China becoming increasingly strong and ambitious, we are faced with growing threats,” Tsai said. “Our challenge is whether our independent existence, security, prosperity and democracy can be maintained. This is the biggest issue for Taiwan.”

China’s Communist government considers democratic Taiwan to be a renegade territory that rightfully belongs under its control. When Communists won control of the Chinese mainland in 1949, nationalists fled to Taiwan and established a republic on the island. The democratic Taiwan technically claims rightful rule over all of China. But the far more powerful government of China claims rightful rule over all of China, including Taiwan. Since Tsai was elected president in 2016, China has increased military and diplomatic pressure on Taiwan. It continues to assert that it has the right to control the island through diplomacy or, if necessary, by force.

Warning nations surrounding Taiwan, Tsai said that China’s goal is “global hegemony” and that if China sets its sights on expanding its territory, Taiwan will be the “first to be hit.” She said, “If it’s Taiwan today, people should ask who’s next. Any country in the region, if it no longer wants to submit to the will of China, they would face similar military threats.”

Tsai stressed that Taiwan is “on alert 24/7” and “prepared at all times” in the event of a Chinese attack. “What we are expecting is, after withstanding the first wave of Chinese attacks ourselves, the rest of the world would stand up to exert strong pressure on China,” Tsai said.

Although Tsai did not name any specific nation that would support Taiwan in a Chinese attack, she likely was referring to the United States. Taiwan has survived Chinese aggression largely because of strong military and political support from the U.S. But when asked if the U.S. would intervene if China attacks Taiwan, Tsai evaded the question and said that Taiwan is focusing on strengthening its military defense in the face of an “imbalanced war” with China. Her evasion implies that she is not confident that the U.S. will come to Taiwan’s aid if attacked by China.

U.S. support of Taiwan’s sovereignty has dwindled over the years. In 1998, President Bill Clinton was criticized as the first U.S. president to publicly oppose Taiwanese independence. In 2007, President George W. Bush rejected a referendum that would grant Taiwan membership in the United Nations.

President Tsai recognizes how large of a threat China’s growing militarism is, and she is trying to defend Taiwan’s sovereignty. But without U.S. support, there is little Taiwan can do to stop China. In the long run, the island nation will probably be forced to cave in to China’s intimidation to avoid war. Trumpet editor in chief Gerald Flurry wrote in the August 1998 issue:

Mr. Flurry’s forecast of the China-Taiwan situation and America’s dubious foreign policy is based on specific end-time Bible prophecies. In Leviticus 26, God lists the blessings ancient Israel would receive if it obeyed God and curses if it disobeyed. Verse 19 states that one of the curses is God breaking the pride of America’s power in the end time. One of the nations that has descended from ancient Israel is America. (To prove this, request your free copy of Herbert W. Armstrong’s book The United States and Britain in Prophecy.) A quick look at America’s wartime history after World War ii proves that God has indeed broken the pride of America’s power. With America’s will to use its power broken, “Taiwan is destined to become a part of mainland China.”

Bible prophecy also reveals that a union of Asian nations, known as “the kings of the east,” will form in the end time (Revelation 16:12). Ezekiel 38 shows that this gigantic Asian bloc will be led by Russia, with China in a secondary leadership role. Since Taiwan is certain to be assimilated into China, it is likely that Taiwan will be part of this powerful Asian bloc.

To understand more about this subject, please read Russia and China in Prophecy and “Taiwan Betrayal.”