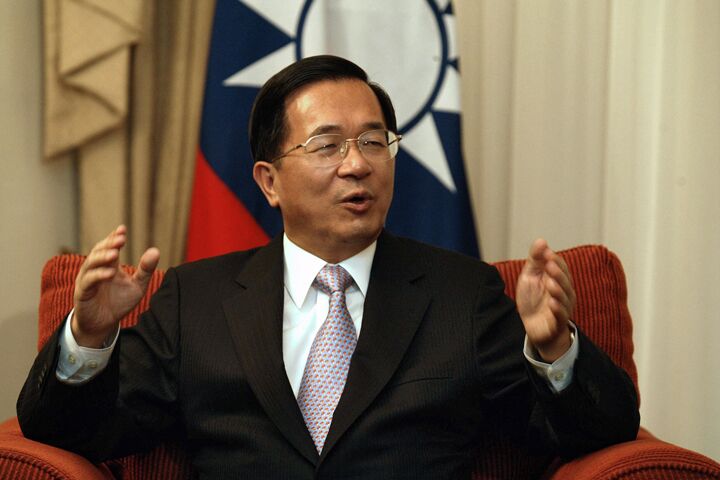 American support for Taiwan is on the decline; could a betrayal be in its future?

The American government said recently it will not support Taiwanese President Chen Shui-bian in his bid to hold a popular referendum on whether Taiwan should apply for a seat in the United Nations. This announcement is symbolic of Washington’s waning support of Taipei.

The island of the Republic of China, or Taiwan, is the last remnant of the Chinese Kuomintang regime, which was overrun by communist rebels under Mao Zedong in 1949. These communist forces established the People’s Republic of China (prc) on the Chinese mainland, forcing the Kuomintang regime to become a government-in-exile on Taiwan ever since. The prc has never occupied the island of Taiwan, yet it still claims it as part of the People’s Republic.

The United States originally supported the Taiwanese in an effort to oppose communism and champion democracy. The 1954 Mutual Defense Treaty and the 1979 Taiwan Relations Act both promise U.S. defense of the island. United States President Ronald Reagan went even further, giving six assurances to Taiwan, including continuing arms sales and an assurance that the U.S. would not recognize Chinese sovereignty over Taiwan.

“Without America’s military and psychological support, [Taiwan] would have already been conquered by mainland China,” said Trumpet editor in chief Gerald Flurry.

United States foreign policy regarding Taiwan took a drastic change under the Clinton administration. In June 1998, Clinton gave a speech in Shanghai where he declared that the U.S. would not support a Taiwanese declaration of independence and would not support Taiwan’s membership in any international organization based on statehood (i.e. the UN).

Taiwan’s existence relies upon U.S. support, but the U.S. is no longer dedicated to supporting Taiwan.

President George W. Bush reaffirmed this policy in December 2003 when he stated to Chinese Premier Wen Jiabao that he was opposed to any referendum that could lead to Taiwanese independence. He clarified this by saying the United States was opposed to any attempt by either side to alter the status quo. The U.S. does not support Taiwanese independence, but at the same time disapproves of Chinese sovereignty over Taiwan; it prefers the situation to remain with China claiming Taiwan and Taiwan actually governing itself in practice.

Taiwan President Chen Shui-bian indicated last week that Taiwan would press forward with plans for a referendum regarding Taiwan’s ambitions for UN membership—with or without U.S. support. He said he was disappointed at the current lack of good communications with senior U.S. administration officials, communications that Taiwan has enjoyed in the past.

The president doubts Taiwan will attain UN membership without America’s help, but will do what he can for his country. “For decades, Taiwan has been a loyal and obedient partner of the United States,” he said. “Now we are left to ask what went wrong.”

Herbert W. Armstrong, the late founder and editor in chief of the Trumpet’s predecessor, the Plain Truth, predicted Taiwan’s fate over 40 years ago. In a Sept. 19, 1958, letter he wrote, “Will Red China invade and capture [Taiwan]? In all probability, yes …. The Red Chinese ‘save face,’ and the United States, with many American troops now on Taiwan, will again lose face!” In 1998, Gerald Flurry predicted, “These 21 million people are going to be forced into the Chinese mold; and it is going to happen for one reason: because of a pitifully weak-willed America.”