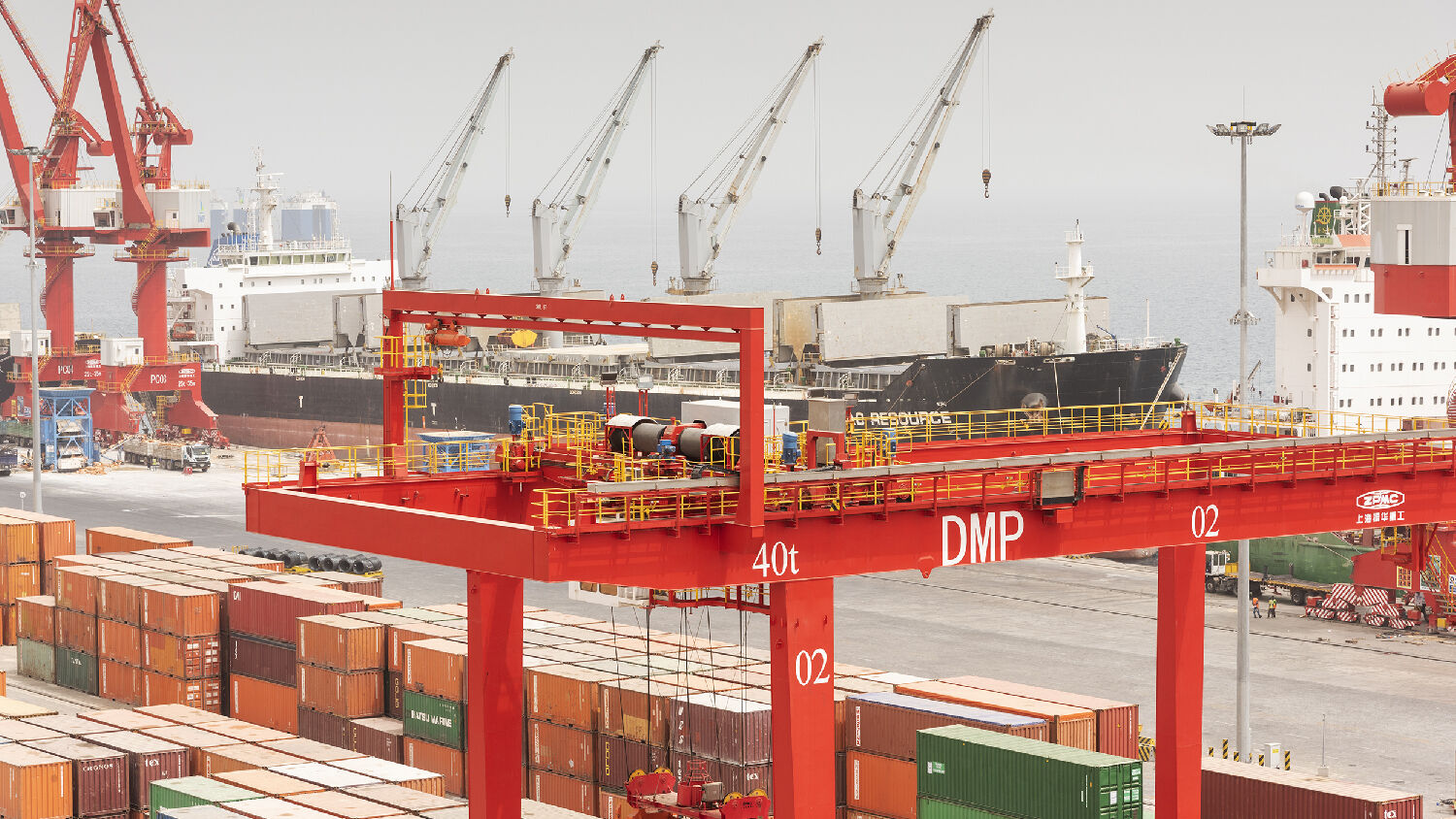 ‘We are baffled by the U.S. inaction.’

China is exerting control over East Africa’s only major strategic container terminal in a move that threatens the United States’ only permanent African military base, the Wall Street Journal reported on February 21.

The government-run China Merchants Port Holdings is now directing all day-to-day operations at the Doraleh Container Terminal in the nation of Djibouti. The Journal said that “some U.S. officials have expressed concern” that the Djiboutian government will soon “cede control of its maritime assets to Chinese state port operators.”

Djibouti’s location at the junction of the Gulf of Aden and the Red Sea, at the Bab el-Mandeb, gives the nation geostrategic importance. About 12 percent of all seaborne trade coming through the Indian Ocean passes through this strait, and the country controlling this choke point could potentially prevent other nations from using the vital route.

The Wall Street Journal also noted, “There are no other ports along the East Africa coastline with the infrastructure to handle, store and trade cargo between ships.” This makes Doraleh a gateway into not just Djibouti but all of East Africa.

China’s tightening grip over this vital terminal represents a significant increase in Chinese power in Africa. And it poses a threat to America’s power on the continent.

America’s only permanent military base in Africa is Camp Lemonnier in Djibouti, situated about five miles from Doraleh Container Terminal. Since all supplies to Camp Lemmonier come through Doraleh, this takeover could give China the ability to disrupt such shipments. China’s growing leverage over Djibouti could also potentially enable it to convince the Djiboutian government to oust the U.S. entirely. Despite these threats, America has not yet taken any action against China’s tightening grip on Doraleh, which has caused confusion among onlookers.

“We are baffled by the U.S. inaction,” an official with the Dubai-based DP World told the Wall Street Journal. “All supplies for their base come through the port, and if it falls in Chinese hands, there could be significant problems.”

For students of Bible prophecy, China’s tightening grip on Doraleh and America’s failure to challenge it should not be baffling.

In our July 2014 issue, Trumpet editor in chief Gerald Flurry wrote about this rapidly approaching age. “These ‘times of the Gentiles’ are yet to be fully realized,” he wrote, but “we are in the outer edges of this catastrophic storm.”

The term Gentile refers to “non-Israelite peoples,” he explained, adding that the Israelite peoples constitute “a lot more than the little nation in the Middle East.” In end-time prophecy, “Israel” refers predominantly to modern-day America and Britain. (For a complete explanation, order a copy of our free book The United States and Britain in Prophecy, by Herbert W. Armstrong.)

Mr. Flurry explained: “Once you understand who Israel is, then you can understand how the Gentiles—the non-Israelite peoples—have started to take charge of the world right now.”

For decades, the United States and the United Kingdom have brought relative stability to much of the world. But during the times of the Gentiles, the might and influence they had is being transferred over to two main non-Israelite powers. “While there are many Gentile nations around today, when this prophecy is completely fulfilled there will be two major powers,” Mr. Flurry wrote. He said that one of the two main Gentile powers in the end time will have Germany at its center; the other will be led by Russia and China.

China’s efforts in Djibouti and takeover of the gateway to East Africa, an area of great importance to global trade, could quickly loosen America’s hold there. This is another sign that the world is drawing deeper into the outer edges of “the times of the Gentiles” storm.

This storm will be devastating. Yet Mr. Flurry’s article shows that these developments culminate in very good news. In his article’s concluding paragraph, he quoted Luke 21:27, which is just a few verses after the verse about the times of the Gentiles. It states: “And then shall they see the Son of man coming in a cloud with power and great glory.”

Mr. Flurry then wrote: “These times of the Gentiles lead directly to the return of Jesus Christ! He will finally put down the [tyrannical] rulers so they are no longer able to tear apart mankind! Now that is good news!”

To better understand the significance of these developments and the astoundingly good news that is ultimately tied to them, read Mr. Flurry’s article “What Are the Times of the Gentiles?”