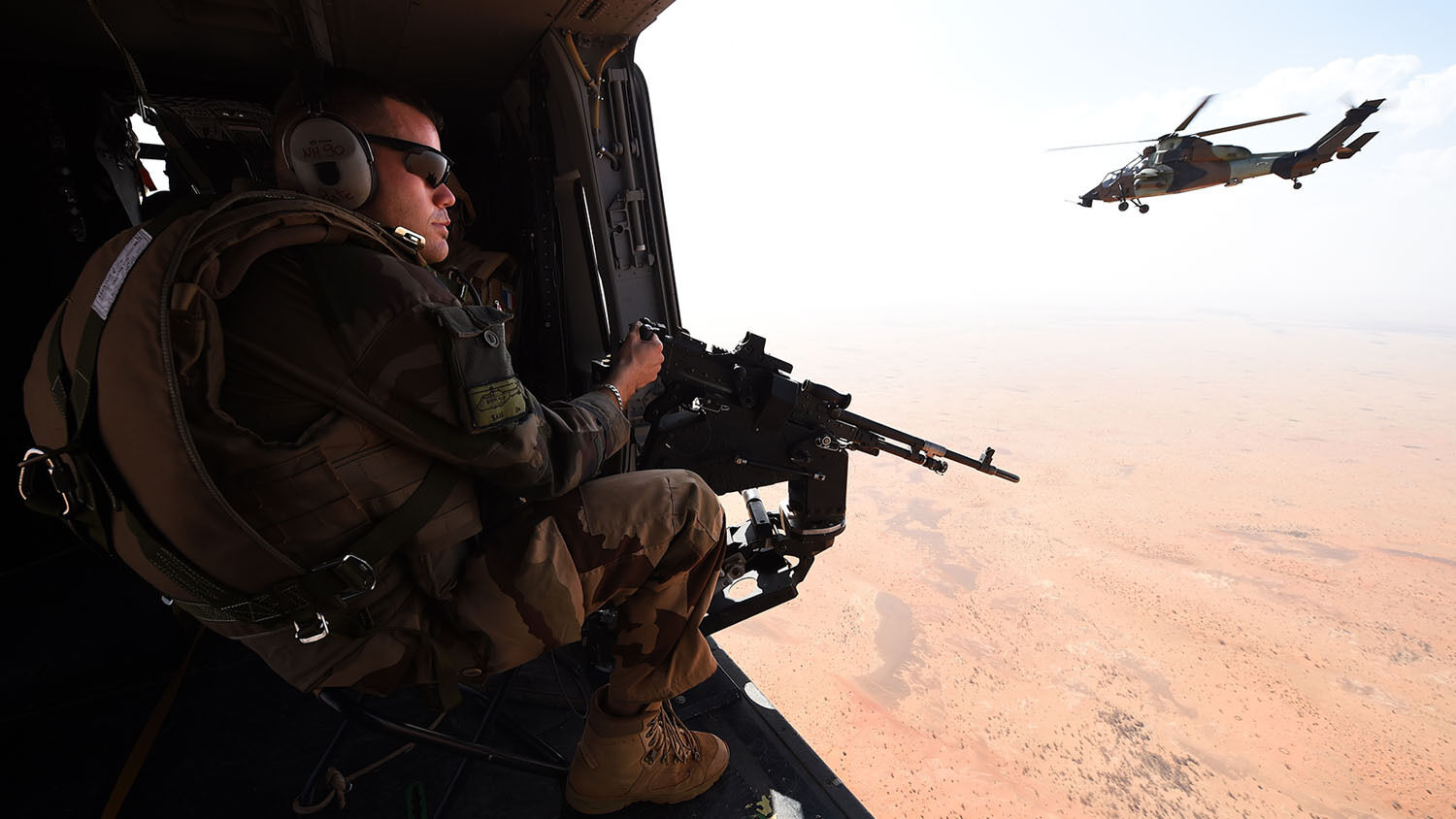 French and Chadian counterterrorism forces spotted an armed convoy of about 50 pickup trucks crossing Libya’s southern border into Chad on February 1. Some 48 hours and 370 miles later, the Chadian Air Force launched air strikes against the convoy but somehow failed to repel it. Chad then asked France to intervene, and the French scrambled fighter jets to make low warning passes over the convoy. The warning went unheeded, and France proceeded with lethal air strikes, which destroyed about half of the convoy.

Chadian authorities would later describe the armed men in the convoy as “mercenaries and terrorists,” some of whom were linked to al Qaeda.

The incident was the latest example of the growing terrorist threat in the Sahel region of Africa and of France’s presence in the region. It offered more insight into some of the pressures that will ultimately draw European intervention in the region, a result that is prophesied in the Bible.

France’s partnerships with many countries in the region go back to colonial times. But more recently, they go back to 2012, when political instability in Mali created a power vacuum, which in turn allowed al Qaeda-affiliated terrorists to seize a swath of territory in northern Mali that was the size of Texas. France and Europe feared that the territory would become the newest hotbed for international terrorism and crime that could hit the Continent, which is just 900 miles away. As French Foreign Minister Jean-Yves Le Drian said at the time, “It is our own security that is at stake.”

The intervention France led, which successfully repelled most of the terrorists in Mali, has since evolved into Operation Barkhane, a broader mission covering the entire Sahel region. It is headquartered in Chad, and with 4,500 French troops on the ground, it is France’s biggest overseas mission. The Mirage 2000 fighter jets the French used on February 3 flew from a French base in Chad’s capital, N’Djamena.

Following those air strikes, a French military source highlighted the importance of the France-Chad partnership, saying that Chad “remains the most viable and solid partner in the region. The Chadians are counting on France for the Libyan border.”

Chadian Defense Minister Daoud Yaya told Radio France Internationale: “There’s instability in Libya; it’s full of terrorists. … We have bilateral cooperation with France, and France intervened; they helped us to stop this column.” He also said that Chad and France would not hesitate to strike again at invaders.

Since mid-2018, Libyan-based rebel groups have been working to overthrow the current government in Chad. One of them, the Union of Forces of Resistance, claimed to have organized the armed convoy, saying, “The aim is to bring [Chadian President Idriss Deby] down. We thought France would not intervene in Chad’s internal affairs, but it appears that it is offering no solutions for the Chadian people beyond keeping Deby in power to do their dirty work in the region. … The Chadian people will respond. It may take the form of showing hostility toward the French.”

Terror threats in North and West Africa, and consequent French and European interventions in the region, are quite certain to continue.

Another rebel militant group—which reportedly has seized hundreds of square miles of territory in Chad, Niger and Nigeria—is an Islamic State affiliate known as the Islamic State West Africa Province (iswap). It is based in Chad’s southwestern neighbor, Nigeria.

In “Islamic State Makes Surprise Comeback in West Africa,” the Wall Street Journal reported that, in Nigeria, iswap has “overrun and looted a dozen military bases, leaving hundreds of soldiers dead and seizing huge stockpiles of weapons.” The report continued:

iswap has sent drones to spy on Nigeria’s army. …

On December 26, Islamic State launched its most ambitious assault, on the heavily fortified Nigerian military base in the town of Baga and a nearby naval base on Lake Chad. The compounds contained hundreds of soldiers and some of the most sophisticated weaponry held by Nigeria and its partners from Chad, Cameroon and Niger.

iswap trumpeted its rout of the base in videos that interspersed gory images of dead soldiers and torched patrol boats supplied by Germany, with well-stocked markets in areas it controls, exhorting Muslims abroad to come join the fight.

One arms trafficker, who explained that iswap also smuggles advanced weapons from the Islamic State in Libya, said, “These groups want to create a big domain. They want their own country.”

These are some of the threats that are terrorizing the Sahel region of Africa and have the distinct potential to threaten Europe.

While the United States has generally been the leader in the global war on terror, Europe has played a major role in the African war on terror. African countries in the Sahel count on Europe for counterterrorism support, more so now that the U.S. has been reducing its military deployments abroad.

The more Europe intervenes in Africa, the more terrorists will likely respond with “hostility” toward them, as one terrorist group threatened France. And the more the terrorism-counterterrorism cycle continues, the more vicious and violent it will get, and the closer we will come to the fulfillment of a specific Bible prophecy.

The whirlwind primarily strikes Iran and its allies in the Middle East. But secondarily, it sweeps into enclaves of radical Islam in Africa. “He [the European king of the north] shall stretch forth his hand also upon the countries: and the land of Egypt shall not escape. But he shall have power over the treasures of gold and of silver, and over all the precious things of Egypt: and the Libyans and the Ethiopians shall be at his steps” (verses 41-43).

In The King of the South, Trumpet editor in chief Gerald Flurry writes:

This scripture describes a time when Germany’s Catholic empire will wage all-out war, throwing everything it has at radical Islam—and dominating it like a violent flood pouring in! …

“Whirlwind” is a very revealing word in this verse. It means to sweep away in a storm, according to Gesenius’ Lexicon. It can mean “to bristle with terror.” It can also mean terror stricken, or shivering with fear, invoking the creeping of the skin of one who is terror stricken.

This word has an unusual emphasis on terror! … Finally the terrorists will become terrorized!

The chairman of the German Federal Armed Forces Association, Lt. Col. André Wüstner, said in 2015 that terror in Africa “makes it clear once again” that a “ring of fire” extends “from Afghanistan via Yemen, Syria and Iraq to Africa.”

Terror in this region, and Europe’s current interventions, are leading to the dramatic fulfillment of Bible prophecies in Daniel 11! You can prove this for yourself now. Request your free copy of The King of the South to guide your studies.